Greek anti-racist bill: say the right things, or else…

Only a free, unregulated forum can help defeat the likes of Golden Dawn. 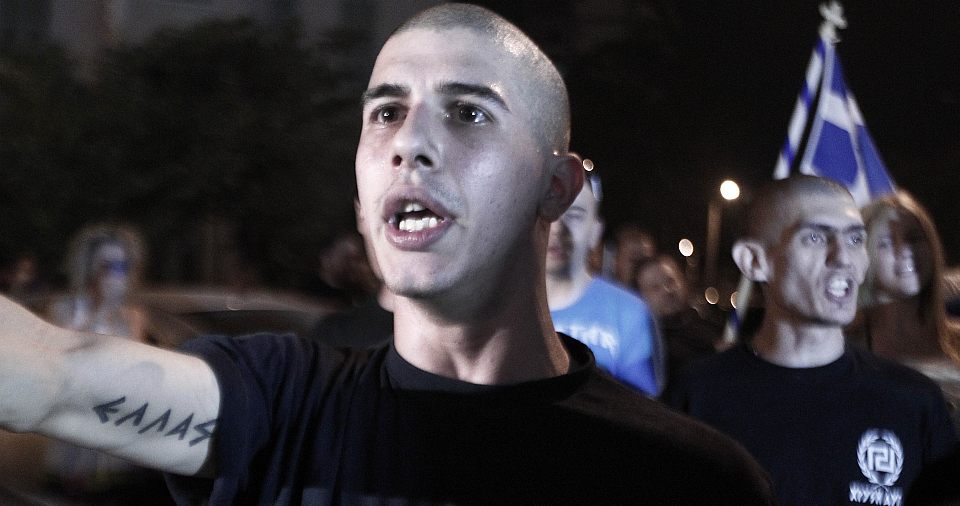 Last week, the coalition government in Greece finally managed, after lengthy debates and bargains, to reach an agreement on a new bill aimed at tackling ‘forms and expressions of racism and xenophobia, through the use of criminal law’.

The development of the so-called anti-racism bill is easy to trace. It first evolved from a ‘framework decision’ made by the European Council in 2008, which called on member states of the European Union to adopt stricter measures against offences committed with racist motives. The adoption of such legislation was embraced by the Greek coalition government’s centre-left allies, Panhellenic Socialist Movement (PASOK) and Democratic Left (which was later to leave the coalition), as an opportunity to score some points against the right-wing leaders of the coalition, New Democracy. Finally, the bill can also be seen as a reaction to the calls for something to be done about the increasing levels of violence and hate directed at immigrants and sexual minorities in Greece that has accompanied the rise of neo-Nazi party, Golden Dawn. However, despite some good intentions, the ‘anti-racism’ bill should be seen for what it is: a serious assault on freedom of speech that sets a dangerous precedent for criminalising ideas rather than actions.

The bill contains two particularly problematic provisions. Firstly, it criminalises the ‘incitement of violence or hatred’ against individuals or groups of people based on their sex, race, religion and sexual orientation. Following the illiberal example of the UK and, more recently, Australia, this amounts to the criminalisation of hate speech. As the experience of anti-hate speech legislation has shown in the UK and Australia, prosecutions for ‘incitement of violence or hatred’ rarely have anything to do with actual incitement (which, in Greece, is already covered by existing legislation). In the cases that have been prosecuted in the UK and elsewhere, the link between the expression of an idea and actual violence is either missing or quite vaguely defined. As a result, these laws end up clamping down on unpopular ideas, not violent actions.

The second, even more problematic, provision in the bill criminalises ridiculing or ‘maliciously’ denying the Holocaust and the genocides committed by the late Ottoman Empire against Pontic Greeks and Armenians. Advocates of the bill claim that this provision won’t hinder historical and scientific research, as the denial will be prosecuted only when it is ‘malicious’. It is interesting to note that many conservative Greek MPs agreed to vote for the bill only when the offence of denying the genocide of the Greek population at the hands of the Ottomans was added. This shows how unprincipled the bill is; for the sake of serving petty, short-term political concerns, Greece becomes yet another country where ‘crimes of opinion’ are penalised.

Criminalising any form of ‘denial’ is wrong, no matter how repulsive and historically inaccurate the deniers may be. Free speech is not only about having the freedom to express the ‘right’ ideas; free speech is either an absolute liberty, or non-existent. The test of whether a society truly cherishes freedom of speech is whether it allows preposterous opinions to be freely expressed. In addition, it is truly naive to think that horrendous ideas can be defeated in a courtroom: they can only be taken on and beaten in the open.

Criminalising opinion signals a static and debate-phobic society, where what is right and wrong has supposedly been settled once and for all and where historical events are seen as the business of judges and state bureaucrats rather than wider society. Resisting the criminalisation of something like Holocaust denial doesn’t mean we will end up at a point where we think of the Holocaust as a virtuous action. The danger is that once we invite the state to police certain ideas it can easily be expanded to cover other areas. What’s more, on a more practical level, many historians (and Greek politicians) claim that the Greeks in Ottoman-ruled Asia Minor did not suffer a genocide, but rather an ethnic cleansing. Can we really trust ultra-conservative judges to pass a verdict on whether such opinions constitute a ‘malicious’ denial of the Pontic-population genocide? Are we really better off with having state bureaucrats directing public debate?

However, those claiming that the anti-racist bill marks the end of freedom of speech in Greece are equally misguided. Speech has never been truly free in Greece. In recent years, artists and bloggers have been tried and convicted for ‘blasphemy’ and ‘insulting religious feelings’. The authoritarian National Council for Radio and Television imposes fines on journalists and TV/radio stations for the most ridiculous reasons. Recently, a doctors’ union in Athens brought journalist and writer Takis Michas to court, claiming €1million for an allegedly offensive article he wrote. More generally, Greek society has experienced an authoritarian turn in the past few years. The draconian anti-terror legislation introduced in the early 2000s, aimed at dealing with urban guerrilla groups, has been applied quite liberally by the Greek courts. Similarly, the prosecution of the leadership of Golden Dawn seems to have less to do with the crimes that its members or affiliates have committed and more to do with shutting out what mainstream Greek politicians see as a potential electoral threat, raising many questions about the legislation’s judicial legitimacy.

The real tragedy here is that if Greek society is trying to combat the horrendous ideas of Golden Dawn and others with measures such as the anti-racism bill, then it is playing into its opponents’ hands. State regulation in the realm of ideas can never help create a freer and more open society. Greece needs something like the First Amendment, securing absolute freedom of speech, more than it needs an anti-racist bill.

Nikos Sotirakopoulos is an assistant lecturer in sociology at the University of Kent.