The biggest barrier to a republic is not popular interest in the royal baby. 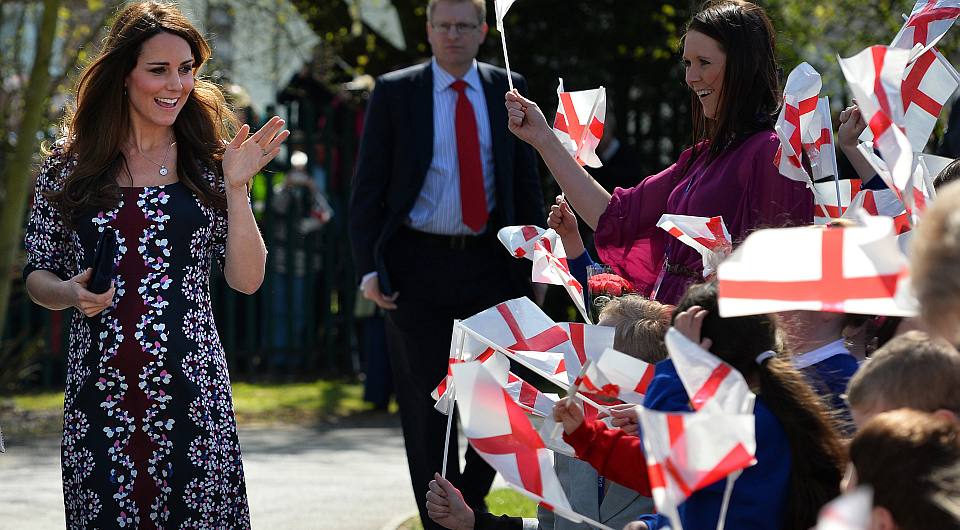 It happened almost as soon as Clarence House tweeted the news that the Duchess of Cambridge had another one in the oven. The quick spasms of cynicism, the instant displays of ostentatious indifference. Yes, there was quite a bit of news coverage. And yes, politicians from all sides, including those north of the border, rushed to offer their congrats. But then again, you’d expect that given the constitutional centrality of the Royal Family to Britain’s body politic. But this didn’t seem to matter to those desperate to show off their anti-royalist credentials and to parade their oh-so-knowing cynicism. For this crew of the superior and pseudo-radical, the whole subdued brouhaha was simply too much: they just had to say something about how much they didn’t care, and how suspiciously timed the announcement was, with the Scottish referendum next week.

So, bang on cue, an Independent columnist asked: ‘Can the Royal baby save the Union? The No camp, in panic mode after the latest polling showed them lagging behind the Yessers, will certainly be hoping so.’ He was joined by a commentator in the Guardian who even managed to add a snivel of anti-redtop sentiment to her general cynicism: ‘While at any other time the tabloids would be shaming a woman for getting up the duff while living off the state, now they will be praising the royal couple’s timing.’

Others were content to bang on and on about how they really didn’t care. ‘I’ve known for three hours and I’m bored with it already’, announced one of the New Statesman’s femmes banales. ‘I’m sure that you are, as I am, enormously excited about the second pregnancy of Catherine, Duchess of Cambridge’, wrote another, tongue wedged aggressively in cheek: ‘As womb news reached me at 11am, I leapt from my desk, punching the air with glee that today’s column would inevitably be required to contain reference to the week-old cluster of cells clinging to the innards of a woman who is rarely permitted to speak in public, but is able to look utterly fragrant and, importantly, no threat whatsoever to the establishment’s status quo, in a knee-length day-dress.’ Owen Jones, taking time out from reporting on Margaret Thatcher’s privatisation plans, wrote simply: ‘Right, wall-to-wall coverage of the royal foetus is the last straw. I’m declaring independence from the UK.’

Of course, I’m sure this brave band of anti-royal watchers think they’re striking something of a radical pose, perhaps even a blow for republicanism, by sneering and sniping at the latest royal pregnancy. After all, they’re saying that a woman having a baby is not really big news. And the only reason it is is because of the inbred anachronism in our midst: Britain’s hereditary monarchy. Which is almost a fair point.

Yet peel back the layers of republican posturing, and something rather less democracy-loving can be glimpsed – indeed, something closer to a loathing than a love for the people. You can see it in every determined assertion of ‘I don’t care about the royal baby’, every lip-curling moan about the volume of news coverage dedicated to Kate’s hyper emesis or maternity wear. It’s a dig at the people who do take an interest, who do read stories about Kate’s pregnancy, who are contemplating buying a commemorative mug. Saying you don’t like this stuff, stating that you don’t take an interest in it, is really a way of saying that you don’t like the people who do like it, who do take an interest in it – the Daily Mail readers, the little Englanders, the UKIP voters… the list of snobbish pejoratives goes on.

So, this determined display of indifference and cyncism is not what it appears. It is not a stirring of republican sentiment; it is a disdain. And it completely misses the real meaning of the interest in the minutiae of the Duchess of Cambridge’s pregnancy. Wills‘n’Kate don’t compel people’s interest because of some monarchic aura. And that’s because their source of authority, like the modern monarchy’s in general, doesn’t lie in the divine right to rule or the British Empire. Rather, Wills‘n’Kate derive their aura, and their appeal, from the realm of celebrity. Which is effectively what they are now – celebrities, up there in the stars with Brangelina and Kim‘n’Kanye. They appear on daytime chat shows, they give cheeky interviews, and they’ve even been papped from afar with the crown jewels near enough on display. Heck, it would hardly be a shock if Wills or Harry cropped up on Strictly Come Dancing. Because that’s how they’re seen, and that’s how people treat them – as celebrities. And like others who occupy that hallowed realm, their continued appeal in part depends on a willingness to give themselves away, to let it all hang out, to, in this case, reveal every kick and sick of a pregnancy.

Those who see a popular interest in the royal pregnancy as evidence of monarchist sentiment in the UK need to get a grip. It’s not a royal baby that stands in the way of a republic; it’s the cultural devaluation of freedom, the assumption that the majority of Her Majesty’s subjects are incapable of managing their own lives, of making decisions for themselves, be it what to eat or drink, or how to bring up their own children. This is the biggest barrier to a republic today: the denigration of people as active, self-determining beings. And here’s the irony: the commentators sneering and cavilling at the popularity of the monarchy, and mourning the absence of republican sentiment, are often the first in line to demand intervention into the un-PC behaviour and dangerous habits of the masses. They need to take a good look at themselves. If you treat people like children, is it any wonder there is little appetite for that most mature of polities, a republic?