It’s official: phone-hacking is not a crime or a scandal

When it’s Britain’s secret police hacking the tabloid Sun, that is. 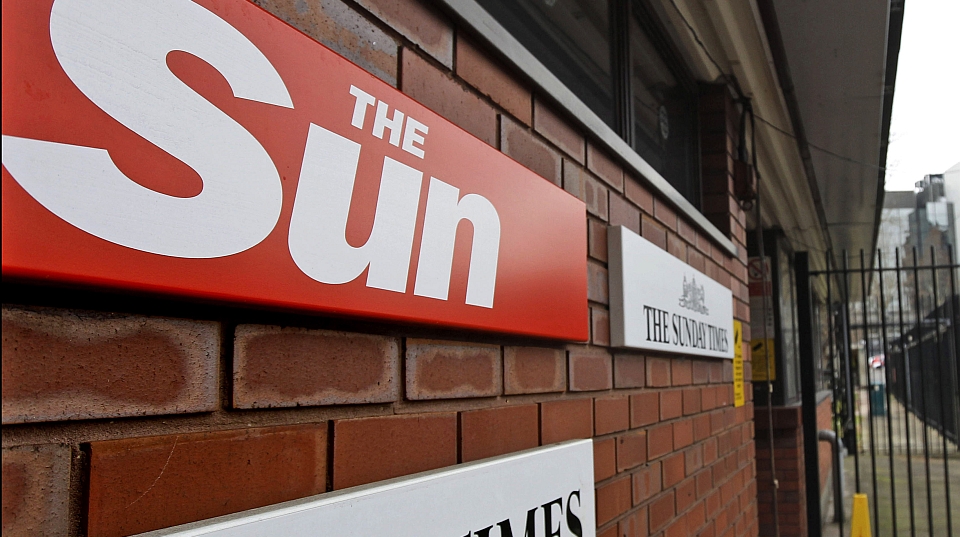 An introduction to Principles of British Justice, Part 2014.

Case A. When a tabloid newspaper secretly accesses the voicemail messages of celebrities, public figures and crime victims, it is to be treated as the crime of the century. The correct official response to such phone hacking will be to launch the biggest police operation in British criminal history; arrest dozens of journalists, often on trumped-up charges, many in dawn raids; set up an unprecedented judge-led inquiry into the entire ‘culture, practice and ethics’ of the press; seek to impose a politicians’ system of policing press freedom via a Royal Charter – the first attempt at state-backed regulation of the UK press since 1695. All of this then to be turned into a thrilling Hollywood movie directed by George Clooney. The case continues.

Case B. When the Metropolitan Police secretly access the phone records of a tabloid journalist and his paper’s news desk, it is to be treated as perfectly normal. The correct official response is to declare that the Met’s Stasi-style tactic of trawling the Sun’s phone records to hunt down its journalistic sources is ‘proportionate, legal and necessary’. No judge-led inquiry, no dawn raids on the police hackers’ homes required. Case closed.

This is the move-along-nothing-to-see-here hacking scandal that never was, revealed in a Metropolitan Police report this week. In 2012, the Sun sparked a minor political crisis with its sensational frontpage report of claims that the government’s chief whip, Tory MP Andrew Mitchell, had called police officers ‘fucking plebs’ during a row over his right to cycle down Downing Street. The Met’s response was to demand that the author of the article, Sun political editor Tom Newton Dunn, reveal the sources of his information. In the proper tradition of journalists protecting their sources, Newton Dunn refused to hand them over to the police, despite being threatened with arrest.

Now we learn that, without informing the journalist or the publishers of what they were up to, the Met went ahead anyway, secretly demanding and obtaining Newton Dunn’s mobile-phone records, and records of calls into the Sun news desk, presumably from the phone companies involved.

How did they manage that? After all, unlike a fully fledged police state, there are still supposed to be legal safeguards protecting British journalists’ sources. The Police and Criminal Evidence Act 1984 (PACE) still irritatingly requires that the Old Bill must go before a judge to gain access to media phone records. That ‘legal protection’ may not fill some of us with confidence (Lord Justice Leveson, for example, is a fairly typical senior judge). But it should at least mean that the media outlet targeted is informed and allowed representation at the hearing – and that special consideration is given to shielding journalists’ legitimate sources. None of that happened in this case.

The Met got around that irritation by scratching off PACE and using RIP – the Regulation of Investigatatory Powers Act 2000, an execrable piece of ostensibly anti-terror legislation introduced by the New Labour government. The great thing about RIP from the Met’s point of view is that it cuts out the need to ask a judge for permission to tap phones and rifle records, or to tell the target they are being looked into. Instead, the secret hacking and surveillance can be authorised by… a police officer, of the rank of superintendent upwards.

So yes, the Met were probably right to claim that their hacking into the Sun’s phone records was ‘legal’ – all they had to do to comply with the law was ask one of their own senior officers to sign it off. Whether Plod’s actions were ‘proportionate, legal and necessary’ is another matter.

As a result of the police hack attack, three officers were identified as the sources of the Sun’s Plebgate story, and arrested. In a shocking outburst of common sense, the Crown Prosecution Service then decided not to charge them with any offence, declaring that ‘the officers had a right to freedom of expression and that there was a public interest in the events of 19 September 2012 being made public’. The Met sacked all three for ‘gross misconduct’ anyway, despite finding no evidence that they had been paid for their information.

(A fourth officer was eventually convicted and handed a jail sentence, after he was found to have lied to his local MP by posing as a member of the public and claiming to have witnessed the incident with Mitchell. It seems that, whatever the truth may be about their allegations in this case – still the subject of competing libel claims – the police cannot break the old habit of over-egging the evidential pudding.)

Even those unmoved by the spectacle of some policemen getting a taste of their own medicine should recognise the threat this carry-on poses to the future of journalism and press freedom. The ability of reporters and editors to protect their sources is the lifeblood of investigative journalism. There are already big legal barriers preventing whistleblowers giving information to the media. Who is going to blow the whistle on official misdeeds in future, if they might be secretly traced by the police even when acting in the ‘public interest’?

True, there have been some protests in media and civil liberties circles over the recent revelations of the police hacking a newspaper’s records. Some of those expressing unease, however, have only themselves to blame for this state of affairs. The Met’s attack on the Sun did not come out of the blue. It was a logical extension of the long-running war on the tabloid press – a war that has been supported by leading allegedly liberal voices.

The phone-hacking scandal became the pretext for criminalising tabloid journalism. Announcing the Leveson Inquiry in 2011, Tory prime minister David Cameron effectively declared open season on the popular press. He said that ‘while it’s vital that a free press can tell truth to power, it is equally important that those in power can tell truth to the press’. Historical roles were to be reversed overnight; from now on the authorities would hold the supposedly free press to account, rather than the other way around.

The inquiry that followed was a showtrial in which the tabloids were found guilty before proceedings began. Lord Justice Leveson set the tone by asking ‘Who guards the guardians?’ – that is, who is going to police the press? Or, we might say now, who will hack the hackers?

Meanwhile, the Met launched its biggest-ever operation – not against terrorism or drug gangs, but against the evil tabloids. To date at least 63 journalists have been arrested, many in floor-board-ripping dawn raids. So far five have been convicted, three found not guilty by a jury, 19 told there would be no further police action after being left in limbo on police bail for more than a year. Twenty-eight journalists are still awaiting trial and six more remain on police bail. (For a full breakdown of the police operations and the fate of the arrested journalists, see the Press Gazette.)

This has been an unprecedented official assault on the tabloid press. Yet it has been cheered by alleged liberals for whom ‘popular’ is a swear word where journalism is concerned. At the start of the News of the World phone-hacking scandal, for example, Guardian writers encouraged the police to go for the jugular and use the RIP Act against tabloid journalists. The head of Liberty, the UK’s leading civil liberties lobby, sat as a member of Lord Justice Leveson’s Star Chamber throughout the tabloid-bashing inquiry/Inquisition. They and others like them have legitimised the state’s war on tabloid journalism and helped make the Met feel free to hack the Sun’s records in pursuit of its sources with impunity.

This week’s revelations about the police and the press should put into perspective all the years of hysteria over phone-hacking. In terms of the historic struggle for a free society, the well-documented past offences of a private detective listening to voicemail messages for a now-closed newspaper amount to petty crimes. By comparison, the authorities mounting secret police raids on sections of the press is a felony against freedom. No prizes, however, for guessing which has attracted the greater outrage.

The RIP raid on the Sun confirms what spiked told those egging on the Met to use that Act at the start of the phone-hacking scandal: that such legislation establishes the right of state agencies not only to crackdown on snooping by others, but to spy on and hack the press and the public as they see fit. That is the scandal we should all be up in arms about.

It should be etched on the eyeballs of every illiberal liberal that the freedoms of expression and of the press are indivisible liberties. We must defend or abandon them for all. And we should accept no excuse for state attacks on those vital liberties.

Thomas Jefferson was the author of the First Amendment to the US Constitution, which set in stone that the authorities could ‘make no law abridging the freedom of speech, or of the press’. He said that, given a choice between having ‘a government without newspapers, or newspapers without a government, I should not hesitate a moment to prefer the latter’. In the same spirit, give me the freedom of trouble-making journalists to spy on the state rather than the legal right of the secret police to hack the unruly press.