What is brave about suicide?

Once, suicide was taboo. Now, criticising it is taboo. 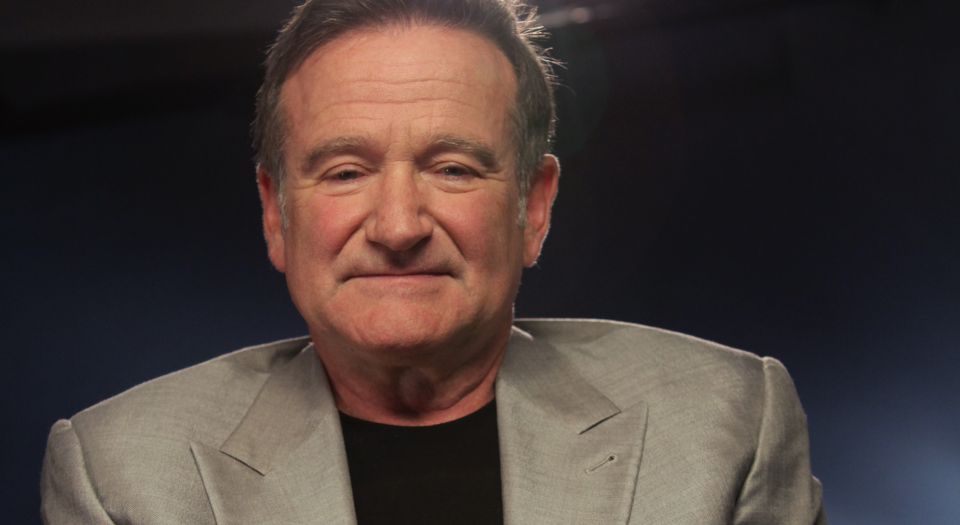 The inability of modern society to adopt a clear moral stance on suicide was thrown into sharp relief by the suicide of Robin Williams last week. Williams’ sad, untimely death exposed the extent to which we are now actively discouraged from criticising suicide. So when an American actor tweeted his belief that suicide is ‘a very selfish act’, in which an individual in turmoil is clearly ‘not thinking about your family, your friends’, he was subjected to worldwide Twitterfury and eventually had to recant and apologise for his anti-suicide sentiments. A Fox News anchor was likewise internationally harangued for describing suicide as ‘cowardly’. Media outlets openly chastised criticism of suicide in the wake of Williams’ death, with the Guardian informing us at length that suicide is not a selfish act, and anyone who says it is could apparently be doing ‘more harm in the long run’. Suicides are ‘NOT cowardly or selfish’, decreed a headline in the Daily Mirror (its capitals).

The reprimanding of Robin Williams’ critics echoes earlier controversies around the criticism of suicide. Following the suicide of Welsh football manager Gary Speed in 2011, the footballer Joey Barton described suicide as ‘one of the most tragic, most selfish, most terrible acts out there’ – and he was branded ‘sick’ by the tabloids and self-styled experts for doing so. Frequent foot-in-mouth victim Jeremy Clarkson also found himself in the eye of a Twitterstorm when he described people who commit suicide on the London Underground as ‘very selfish’. Meanwhile, the Samaritans and others issue guidelines to the media about how to cover suicide, imploring hacks to report it in a super-sensitive, non-judgemental fashion.

The turnaround in contemporary society’s attitude to suicide has been extraordinary. Once, it was those who considered or committed suicide who were described as ‘sick’ – now it’s those who criticise suicide who are branded with that s-word. Once, suicide was treated as the ultimate taboo – now it’s taboo to speak ill of suicide, to say that it is bad or immoral or, as that Fox News anchor did of Robin Williams’ suicide, ‘horrible’. Where once all forms of suicide were pathologised, now casting moral judgement on suicide has become pathologised, being increasingly interpreted as a signifier of a swirling, warped mind. Yes, yesteryear’s treatment of suicide as taboo, even as a crime until 1961 (in England and Wales), was problematic, not least because it had the consequence of discouraging the suicidal from seeking help. But the new treatment of criticism of suicide as taboo is also very bad, for it speaks to modern society’s inability to uphold the value of life, the value of struggling to exist, and it could have the unwitting effect of turning suicide into something normal, possibly even positive.

What we’re witnessing is the wrenching of suicide from the sphere of moral judgement. Sure, society generally still believes that suicide is a sad event, and it tries to tackle it. But it increasingly does so in a narrowly technical way. Some officials now treat suicide as something akin to SATS exam results, setting themselves targets for reducing the scale of the problem. ‘Reduce the suicide rate between 2002 and 2013 by 20 per cent’: that has been the Scottish government’s target over the past decade, as if suicide were like road accidents – something that might be pretty straightforwardly reduced through a few technical interventions. But of course, a suicide is not the same as a car crash. It raises infinitely more moral questions than an accident ever could – moral questions about the relationship between the individual and the community, about the social cohesion of society, about the value of life. To implement technical suicide-reduction strategies while simultaneously chastising any moral criticism of suicide is profoundly self-defeating, for without a moral position on suicide it is impossible truly to understand this act, far less to send a signal about its wrongness and destructiveness.

But today, it’s even worse than society simply refusing to judge suicide – increasingly, society implicitly celebrates suicide, treating it effectively as a legitimate lifestyle choice. That Daily Mirror article which in the wake of Robin Williams’ death said suicide is ‘NOT selfish’ went even further – it described people who commit suicide in response to feelings of depression as ‘incredibly brave’ and ‘unbelievably selfless’. In short, suicide can be a moral good. This view has received social and governmental sanction in recent years through the legalisation of assisted suicide – or ‘the right to die’ – in more and more Western nations. Today, not only does society refuse to judge suicide – it actually aids and abets suicide, providing to its citizens something which Aldous Huxley only fantasised about in Brave New World: ‘suicide buildings’ in which an individual who wants off this mortal coil is actively assisted by officialdom.

In some European countries, one of the legitimate criterion for being granted an assisted suicide is that you are ‘tired of life’. ‘Tired of life’ – that sad phrase captures very well what is motoring today’s separation of suicide from moral judgement and the creeping treatment of suicide as possibly good, possibly brave. It is society-in-general’s tiredness with life, its disillusionment with humanity, which has led to the ringfencing of suicide from moral criticism. Ours is an era in which humanity is seen as a burden, as an ugly ‘eco-footprint’ on the planet, as a usurper of nature and waster of resources; in which the birth of more babies leads to doom-mongering about out-of-control population growth and in which the medicine-assisted breakthrough of longer life leads to handwringing about a ‘silver tsunami’ of grasping old people taking up too much space and stuff. It isn’t only some individuals who are ‘tired of life’ – society itself now frequently expresses a sense of exhaustion with life, with humanity, with the human project itself, and this has unquestionably contributed to the rehabilitation of suicide as an understandable and possibly even legitimate act.

This is bad, because how society responds to a suicide is incredibly important. It is no good having suicide-reduction schemes or lists of words journalists covering suicide should avoid using if at the same time you emit a subtle but distinctive signal that says suicide is beyond moral critique. That can only help to normalise suicide, to treat it as just another form of behaviour. But it isn’t just another form of behaviour. It’s an act that ought to feel devastating to us all, because it speaks to a profound rupture between an individual and the community, between an individual and us, even if we did not personally know him. In the words of the twentieth-century writer GK Chesterton, ‘The man who kills a man, kills a man. The man who kills himself kills all men, for as far as he is concerned he wipes out the world.’ As a humanist, I can understand why some individuals choose to end their lives, and I can empathise with deeply troubled individuals like Robin Williams. But as a humanist I also want to assert, as loudly as possible, the wrongness of suicide, to say that it is wicked and immoral and a betrayal of human values, to say that I am angry about what Williams did to himself and to the world. Suicide harms individuals and it harms society. Choose life.