Whatever happened to the Eurozone revival?

If we fail to tackle the true cause of the crisis, growth will remain a mirage. 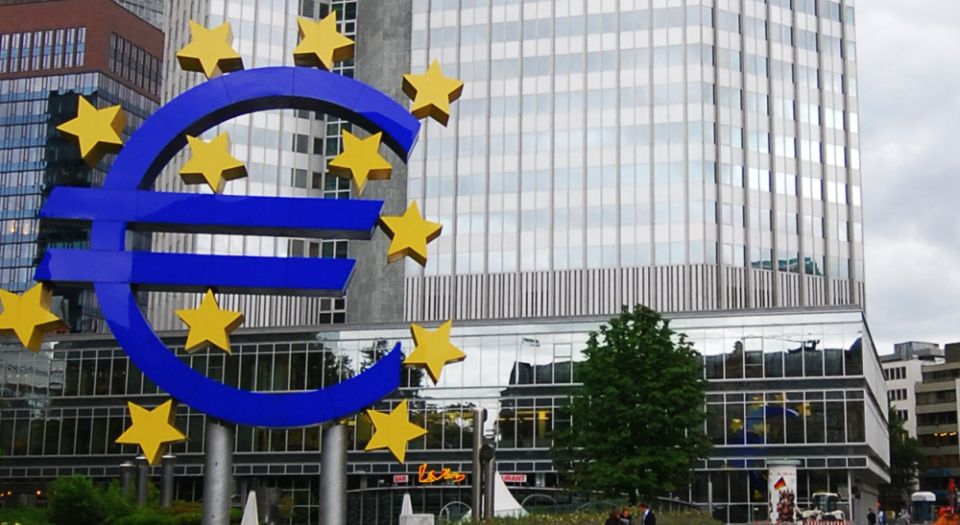 If anyone was under any illusions about an end to the Eurozone economic crisis, last week’s poor output figures should have dispelled them. Far from 2014 being the year that the Eurozone economies finally turned the corner and started producing decent growth, the 18 countries combined managed a grand total of zero growth. Zilch. But while economists were desperately trying to winkle out one-off factors for the decline, the bigger question remains: why has stagnation persisted, six years after the crisis hit in 2008?

The worst news was that Germany’s economy, Europe’s powerhouse, shrank by 0.2 per cent. But the French economy was also stagnant for a second quarter in a row and Italy has fallen into a ‘triple-dip’ recession, shrinking by 0.2 in the second quarter, following on from a decline of 0.1 per cent in the previous quarter. It was only a turnaround in the fortunes of smaller economies like the Netherlands and Portugal that saved the Eurozone economy as a whole from shrinking.

As always, there were claims of unusual circumstances tipping the figures into negative territory. For example, Russia is an important export market for Germany, so an economic slowdown there, plus question marks created by EU sanctions in relation to Ukraine, would be expected to have at least some impact. A mild winter would also have some impact in the timing of economic activity compared with a year earlier. In France, a relatively high number of public holidays would have had a mild effect. But even so, the figures are extremely disappointing. Even the sickly UK, with expected growth of 3.5 per cent in 2014, now looks like an economic dynamo in comparison (though a dynamo powered by years of record-low interest rates, a mountain of government and private debt, and £375 billion of ‘quantitative easing’).

Far better to step back from these quarter-by-quarter changes and take a longer view. Here, it is clear that economic growth has been slowing down, decade by decade, from the postwar surge of the Fifties and Sixties. The past 40 years or so have seen four major recessions in the West. The recovery from this one, however, has been particularly slow. That is in large part because it represents the inevitable consequences of the ‘solution’ to the last recession: the expansion of credit. Debt rose sharply over the past 20 years – particularly in the UK, Spain, France and Italy – as a way of keeping economic activity going. Eventually, however, a readjustment to reflect the gap between a credit-fuelled boom and underlying wealth creation was inevitable. There is now such an overhang of debt that merely paying it off is a brake on recovery. Businesses without capital of their own find raising money for new investment harder than before; consumers are less likely to borrow in order to buy goods and services if they are already in debt and have less confidence in having a stable income in the future.

However, few commentators seem to ask why credit was allowed to take off in the first place. It was an attempt to compensate for weak underlying economic activity. This, in turn, is a consequence of low levels of investment in capital, research and development and training. New wealth creation relies on raising levels of productivity – of producing more goods or services for the same level of labour. But the investment required to produce that rise in productivity has been lacking.

Some of this is due to a perceived lack of profitable avenues for such investment. But it is also the case that companies have been happy to invest in financial instruments deemed to be low-risk (which, as the 2008 crisis showed, was a mirage). After all, the markets seemed only to be heading one way: up. Alternatively, firms have been sitting on stockpiles of cash or returning that cash to shareholders rather than expanding production or investing in new technology. While dividends may rise in the short term, in the long run, the base on which new profits can be made has been eroded.

Rather than challenging this state of affairs, the solution put forward most often is for more of the same. So the European Central Bank (ECB) has been widely criticised for failing to follow the lead of the UK, US and others and adopting quantitative easing. The ECB has, however, reduced interest rates to 0.15 per cent, and has even offered negative rates to banks (that is, charging them to hold money), so desperate is it to persuade banks to start lending again.

As Phil Mullan pointed out on spiked recently, such easy-money policies do nothing to alter the fundamental problem at the heart of Western economies: low productivity. Normally, recessions are a time when unproductive parts of the economy go to the wall. It’s an unpleasant process, but a necessary corrective if productivity is to rise and profitable activity is to resume. In the short term, it is painful all round. In the long run, though, the demise of failing businesses along with a renewed round of investment can lead to higher productivity and higher wages. But in this recession, relatively few firms went bust and wages have stagnated. There has been little or no restructuring of the economy. Without that restructuring, and investment in productivity, Europe’s non-recovery will continue.