How did liberals become so elitist and contemptuous of the public? 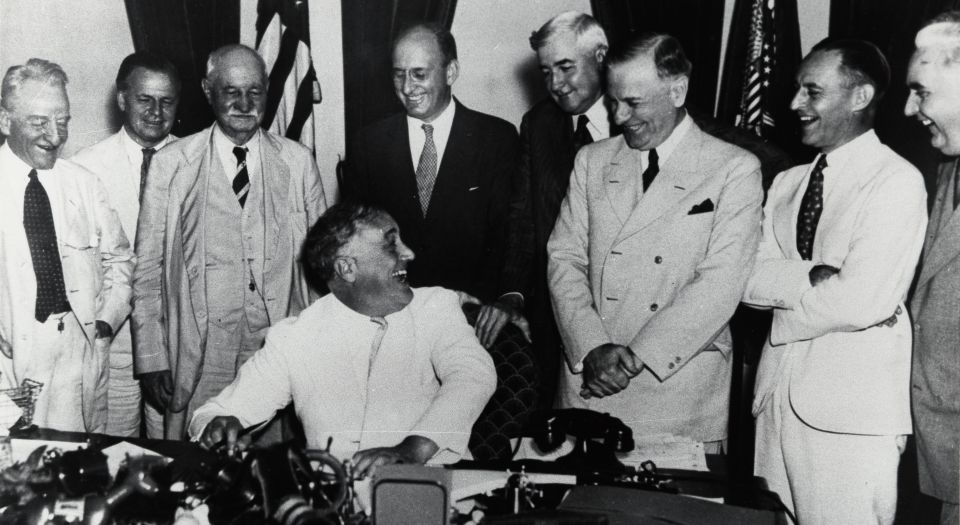 Liberalism is one of a select band of troublesome political concepts that has multiple meanings. Indeed, ‘liberalism’ as used in one context can be the opposite of what it means in another.

The attitude of liberalism to freedom provides a prime example of these contradictory meanings. Classical liberalism, which was to the fore in the eighteenth and nineteenth centuries, typically placed a heavy emphasis on the importance of individual autonomy and liberty. In sharp contrast, contemporary liberalism tends to be deeply intolerant and elitist.

Fred Siegel, a senior fellow at the Manhattan Institute, a conservative think tank based in New York, has provided an enormous service with his innovative history of modern American liberalism, The Revolt Against the Masses. It helps put many of the most retrograde trends in the US into their proper context. It also helps shed light on parallel developments in other countries, including Britain, even though they are outside Siegel’s remit.

For Siegel, a defining feature of modern liberalism is its attachment to what he calls the clerisy – a technocratic elite which he identifies with academia, Hollywood, the prestige press, Silicon Valley and Wall Street. Despite its professed attachment to equality of opportunity, this elite holds the mass of the American public, what Siegel refers to as ‘the middle class’, in contempt. The clerisy sees itself as superior to the rest of the population on meritocratic grounds.

As the reach of the state has burgeoned, the clerisy has taken on an increasingly important social role. Over the years, American government has grown vastly, commanding more resources and employing more people, than ever before. As Joel Kotkin, one of the sharpest observers of contemporary American politics, has pointed out: ‘Since 1990, the number of government workers has expanded by some five million to some 20million. That’s four times the number who were employed by the government at the end of the Second World War, a growth rate roughly twice that of the population as a whole.’ Members of the technocratic elite present themselves as impartial experts, but their interests are closely tied to the fortunes of this vast state apparatus.

Siegel’s revisionist starting point is to argue that modern liberalism emerged in the pessimistic years following the immediate aftermath of the First World War. Its leading figures were writers and thinkers such as Randolph Bourne, Herbert Croly, Sinclair Lewis and HL Mencken. Their goal was to build a new American aristocracy that would distance itself from the perceived debasement of modern commercial society.

This early part of Siegel’s work often parallels John Carey’s 1992 study of Britain from 1880 to 1939, titled The Intellectuals and the Masses. Both works portray an intellectual elite that loathes the mass of the population. Indeed, HG Wells, better known today as a science-fiction writer, was a prominent political influence on both sides of the Atlantic in the early twentieth century. Siegel accurately describes American liberalism of the 1920s and onwards as a ‘cousin’ of British Fabianism.

Siegel’s identification of the 1920s as the time when modern liberalism emerged puts him at odds with conventional studies. Many authors argue that it was in the 1930s, with the New Deal of President Franklin Delano Roosevelt (FDR), that liberalism was born. Others point to the Progressive era, which reached its peak in the early years of the twentieth century, as the starting point of liberalism.

But Siegel argues that modern liberalism was fundamentally at odds with progressivism. The progressive movement was a bipartisan and largely middle-class Protestant movement that wanted to outlaw alcohol, gambling and prostitution. It also wanted to curb the power of big business and to create what it saw as a better life for the middle class. Siegel argues that liberalism represented a decisive cultural break from progressivism as it saw the American democratic ethos as a threat to freedom at home and abroad.

In the 1930s, many liberals admired the Soviet Union under the leadership of Joseph Stalin. At the same time, they took the view that the American middle class, stifled by smalltown conformity, was proto-fascist. It Can’t Happen Here, a novel by Sinclair Lewis on the dangers of homespun American fascism, was widely praised by liberal commentators.

Liberalism gained increasing political influence under FDR’s presidency, although he did not go as far as many liberals would have liked. In the early 1930s, Roosevelt established a Brain Trust, a group of academic advisers, to help develop his economic programme. Although this might seem an unremarkable move, in retrospect it was innovative for its time. It was an early example of technical experts playing a leading role in the formation and implementation of policy.

FDR also played a leading role in the popularisation of the idea of ‘economic rights’ – more accurately called entitlements. In his 1944 State of the Union address, he proposed a Second Bill of Rights that included such elements as the right to a useful and remunerative job, the right to adequate food, and the right to protection from unemployment. The president rightly contrasted these entitlements to classical political rights such as free speech, a free press and freedom of worship.

Although the idea of economic rights might sound positive, it in fact laid the basis for a system where different interest groups competed for access to resources from a rapidly growing state. For example, by the 1960s a framework of state-sponsored mobility gave a select number of African-Americans work in a profusion of anti-poverty, anti-discrimination, housing and social-services agencies. These bureaucracies provided jobs for a minority of educated black Americans and gave white radicals an outlet to rail against a wider society they condemned as irredeemably racist. Yet, at least in Siegel’s telling, this development angered most whites while at the same time undermining the prospects for most blacks.

There are many twists in Siegel’s tale, but an important turning point was the early 1970s and the emergence of what he calls gentry liberalism. This was a form of modern liberalism that was hostile to the ideas of progress and mass affluence. It stood in contrast to earlier generations of modern liberals who generally supported the idea of progress.

To be sure, there were green elements in the earlier years. HG Wells, for instance, was a proponent of population control and eugenics. But the primary target of gentry liberalism, as a new form of Malthusianism, was mass culture and mass consumption rather than the poor having numerous children.

Siegel presents Barack Obama as at the apex of the new liberalism. Obama himself is a graduate of the machine that has dominated Chicago politics for decades. His administration is predominantly staffed by a small number of credentialed experts who overwhelmingly hail from a few big cities. Despite all the talk of opportunity, this administration looks down with disdain on the mass of the population. Racial and political authenticity is held up as more important than policy accomplishments. It is also worth noting that this political grouping has substantial support from America’s most wealthy.

A final element of Siegel’s study of modern liberalism might surprise some British fans of John Stuart Mill. In an appendix, he points to Mill, the mid-nineteenth century British thinker, as a key inspiration for modern American liberalism. Mill is better known as an eloquent defender of individual autonomy, particularly in his essay ‘On Liberty’. But Siegel points out that Mill was an ambivalent figure who also held up the idea of a clerisy or ‘endowed class’ whose wisdom and intelligence put it above the average person. This idea of a superior intellectual elite later reappeared in numerous guises, including what HG Wells referred to as the new ‘Samurai’.

The main weakness of The Revolt Against the Masses is Siegel’s conflation of criticism of the American authorities with disdain for what he calls the middle class. For example, he does not clearly distinguish between criticism of authoritarian trends in American society and the view that the general public is proto-fascist. It is indeed true that these two trends are often fused in the minds of American liberals, but that need not necessarily be the case. It is quite possible to oppose on principle American authoritarianism while rejecting the notion that the mass of the population is inherently anti-democratic.

To make the distinction between the two liberalisms clear, it is necessary to breathe new life into two other key concepts from the political lexicon. First, upholding moral equality – the notion that no individual is intrinsically worth more than any other – provides a way of undermining the undemocratic claims of the technocratic elite and its supporters; and second, upholding the idea of freedom, in the classical liberal sense of individual autonomy, is essential to resisting the overwhelming authoritarian impulse of modern liberalism.

The Revolt Against the Masses, by Fred Siegel, is published by Encounter Books. (Buy this book from Amazon(UK).)