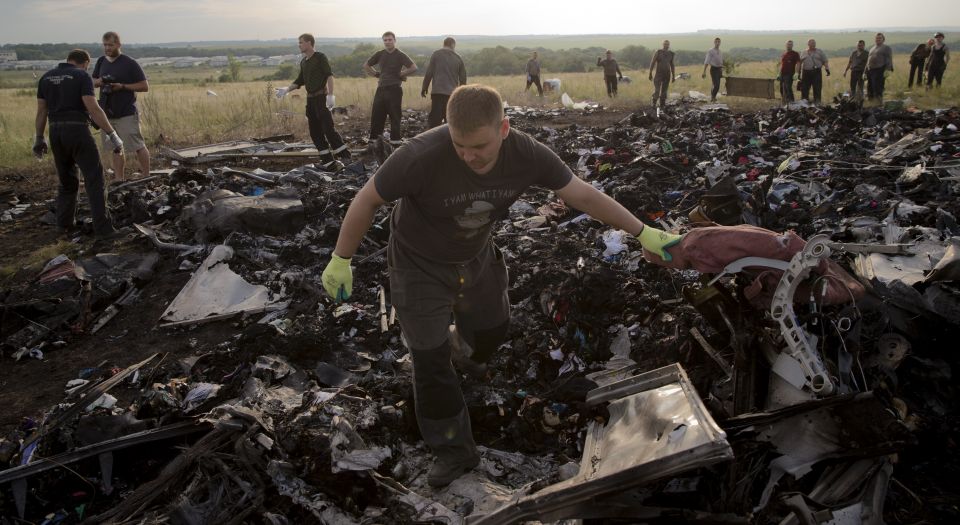 Earlier this year, Christopher Clark, author of The Sleepwalkers: How Europe Went to War in 1914, said: ‘Looking at the current crisis in Crimea, there is only one sleepwalker – Vladimir Putin.’ Clark’s use of the term ‘sleepwalkers’ is a reference to the thoughtless manner in which political leaders of the early twentieth century took decisions that unleashed a chain of events culminating in the First World War.

Sadly, Clark is wrong to say Putin is the only sleepwalker today. Sleepwalkers are also haunting the chancelleries and foreign offices of Western capitals. A culture of posturing, grandstanding and playing to the media has distracted the political elites of Europe and America from developing any kind of balanced assessment of their geopolitical interests. In recent years, showcasing interventionist diplomacy in Libya and Syria has led to a series of blowbacks for the West. Having indirectly encouraged the emergence of a new generation of jihadists in Syria, Western governments now turn their attentions towards destabilising the regions around Russia. The West’s new policy of putting Russia on the defensive, and forcing it to abandon its traditional interests in neighbouring countries such as Ukraine, is fuelled by showmanship rather than geopolitical calculations. That is why time and again the EU blows hot and cold on Russia, refraining from doing anything more than the going-through-the-motions of talking about and imposing sanctions. London and Washington often insist that more stringent measures should be taken against Russia – but ideally by others.

But whatever the motives of the various powers involved in the current stand-off over Russia, this diplomatic re-enactment of the Cold War era could mutate into a more serious conflict. Having sleepwalked into Libya and Syria, what is to stop London and Washington from doing the same thing in Ukraine? Certainly the downing of Malaysia Airlines Flight MH17 in eastern Ukraine, and the political and diplomatic reaction to that tragedy, indicates that such an event can serve as a catalyst for turning political wrangling into a more dangerous show of force.

The speed with which the Western media and governments have assigned all blame for the MH17 tragedy to Putin suggests that powerful institutions are unaware of the dangers of so casually escalating such a conflict. Numerous Western media outlets have claimed that the downing of MH17 bears an uncanny resemblance to the assassination of Franz Ferdinand. Others have drawn an analogy between MH17 and the sinking of the British passenger ship Lusitania during the First World War, which led to the entry of America into the global conflict of 1914-1918. Many are now asking if July 2014, with the downing of MH17 and the rising tensions in the east of Europe and elsewhere, is a repeat of July 1914, when, a few weeks after the assassination of Ferdinand, global war broke out.

As we head towards the centenary of the outbreak of the Great War, it is understandable that the tragedy of Flight MH17 is looked upon by some as our Franz Ferdinand moment. In one sense, this tragedy does invite comparisons with the assassination of Ferdinand. In both cases, neither the governments nor the public seemed to be aware of the ease with which diplomatic rivalry can turn into a bloody conflict. So today it seems that the leaders of the West have not actually thought about the consequences of prodding Russia to the point where it feels forced to react.

But what makes the situation today particularly dangerous is not the pursuit of narrow diplomatic interests. The war drums might be beating, but it’s in a rather deflated manner. The anti-Russian crusade lacks conviction. In turn, Moscow’s defiant response to the global propaganda war against it is paralleled by its own defensive and reactive approach to global affairs. No, what makes the current situation dangerous is that so many of the protagonists seem to lack any grasp of global realities, any understanding of the dynamics of international affairs and conflict. They are unaware of geopolitical realities and of the consequences of their actions.

Fortunately, unlike a century ago, the propaganda communicated by governments today has little impact on public life. Indeed, the most remarkable feature of recent international episodes, including much of the stand-off with Russia, is that the public appears switched off, indifferent to the performance of fear that accompanies war propaganda. Neither the peoples of Europe nor of America and Russia want war. That will not stop political leaders from creating more Libyas and Syrias all over the world, but, at least for now, public support for such ventures will be conspicuous by its absence.