Was Brazil 2014 the ‘best ever’, the most unpredictable or what? 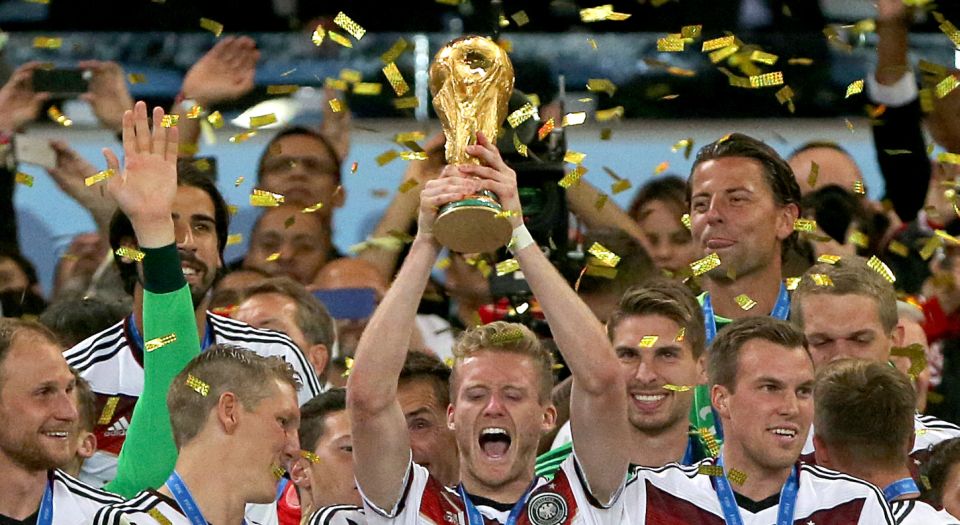 As the World Cup ends and the world takes its ball and goes home, the off-pitch battles over how to assess Brazil 2014 still continue into extra time. Most of what ‘They’ are saying is still wrong. Probably.

The latest does not always mean the greatest

The consensus among most professional pundits appears to be that Brazil 2014 should go down in history as ‘the greatest-ever World Cup’, and many fans seem to agree: in a big BBC online poll, 39 per cent voted for Brazil 2014, almost four times as many as its nearest rival, Italia ’90.

Hmm. No doubt the World Cup in Brazil was very good to watch – certainly better than the previous two – with some close-fought matches and several world-class goals. Yet there was not one outstanding team or player on show.

Germany deserved to win it in the end, but even they struggled to get past Ghana and Algeria. The fact that Argentina’s Lionel Messi won the Golden Boot award for the tournament’s best player, despite his lacklustre displays, speaks volumes about the lack of star quality in Brazil 2014. By contrast, the incomparable Diego Maradona won the Golden Boot in 1986 after almost singlehandedly winning the World Cup for Argentina. (Given his reluctance to use his right foot, it could be argued that Maradona won it on one leg.)

The absence of any outstanding team or player was really what made this World Cup so watchable, with competitive and unpredictable contests. It was like the English Premier League last season, where a close-run title race involving three or four teams helped to disguise the lack of quality. The Premier League’s PR people have changed their pitch from ‘the best league in the world’ (a risible claim given English teams’ recent record in Europe), to ‘the most exciting league in the world’. Perhaps the same can be said of Brazil 2014.

Of course these judgements are subjective, we football fans are notoriously fickle and generational memories play a big part. But there must be something seriously amiss when that BBC poll’s top five ‘greatest-ever World Cups’ makes no mention of Mexico 1970, a tournament won by the best-ever Brazil team (the only side that could compete with Pele’s masters that year was the best-ever England team). Neither was there any room for Spain 1982, nor of course for the likes of Switzerland 1954 or Sweden 1958, which apparently stand out for those who witnessed them yet are now consigned to football’s dark ages.

So yes, Brazil 2014 was very good, but the insistence that it was the ‘greatest ever’ surely has more to do with present cultural trends than any footballing historical perspective. One such trend is the cult of ‘presentism’ – a combination of historical amnesia and fear of the future that means society cannot see beyond the end of today. Another is the influence of the media over public discussion today. Could it be that the army of international sports reporters who spent a month on the beaches and in the best hotels of the biggest football-crazy nation on Earth simply had the greatest-ever World Cup experience of their lives?

Football’s not a game for scientists, soothsayers or sycophants

For some of us, the greatest German contribution to world football has not been organisation but rather our old friend Herr Schadenfreude – the pleasure derived from the misfortunes of others. In real life, such mean-spiritedness is rightly frowned upon, but in football it is half the fun. Watching Germany dismantle the overhyped Brazil 7-1 in that astonishing semi-final, with the TV cameras homing in on every tearful home fan, it would have taken a heart of stone not to laugh.

The only thing better was seeing the humiliation of all the alleged experts and lazy cliché-mongers who had assured us from the start that the World Cup was ‘Brazil’s to lose’. Many football pundits ended up with German eagle egg on their faces that night. Perhaps the most hilarious fall-from-grace, however, was suffered by Nate ‘Nostradamus’ Silver, the star statistician whose blog fivethirtyeight.com has won plaudits for predicting results from US politics to baseball. Silver is a guru of the new ‘scientism’ movement, for whom everything has to be ‘evidence-based’. On the basis of that pseudo-religious dogma he confidently gave Brazil a 45 per cent chance of winning the World Cup at the start of the tournament and – wait for it – a 65 per cent chance of beating Germany in the semi-final. This sort of ‘scientific’ nonsense even influenced the bookmakers, allowing some of us who follow the ball rather than logarithms to back Germany that night at generous odds of 2-1.

Equally embarrassed were the soothsayers and wiseacres who simply trotted out familiar mantras about how no European team had ever won a World Cup in Latin America and how the home side had a ‘huge’ advantage. The sycophants blindly worshipped the ground that Brazil’s ‘samba boys’ danced on, even though they probably could not name more than a couple of star players in this largely ordinary Brazil team (and one of them was QPR’s reserve goalie…).

All of this evidence-based prediction and platitudinous punditry was exposed once the whistle blew and we entered the reality of football, bloody hell. As we pointed out on spiked before the tournament started (with no pretensions to soothsayer status), ‘[O]nly one of the past eight World Cups has been won by the home side. We are (too) often reminded that no European side has ever won in Latin America. Yet until Spain’s 2010 triumph in South Africa, the preferred cliché was that Europeans had never won anywhere at all outside their own continent. Stuff happens, things change, footballers make their own history but not in stadiums of their own choosing. After all, somebody could point out that Brazil have won it only once in South America. They might well win this time, but I for one wouldn’t want to back them at prohibitively short odds, whatever the samba suck-ups might say.’

The predictable reaction of many who had predicted a comfortable Brazilian victory was to claim that 2014 had instead proved to be the ‘most unpredictable World Cup ever’. It romped to victory in the BBC online poll to choose the tournament with the ‘best underdog results’, taking more than 48 per cent of the vote. Nate Silver excused his embarrassment by dubbing Brazil’s drubbing as ‘the most shocking result in World Cup history’, with the stats to prove it, of course.

Really? Anybody might imagine that there had never been an upset in the World Cup before. What about Cameroon beating the holders, Maradona’s Argentina, in 1990? Or North Korea knocking out the mighty Italy in 1966 (and then leading Portugal 3-0 in the quarter-final before Eusebio finally put them in their place)? Compared with such results, which happen in almost every World Cup, Germany beating Brazil was not an ‘upset’ at all, though the scoreline was obviously something else.

And despite all this defensive talk about underdogs and upsets, in the end the usual suspects dominated Brazil 2014. I realise it is probably a bit warm for an anorak, but those who like their stats might note that the top three in the pre-tournament betting all made the semi-final; that the Big Four of Brazil, Germany, Italy and Argentina have between them now won 15 out of the 20 World Cups played since 1930; and that if you add the Netherlands and France to those four, you have six countries which have accounted for 23 out of the past 24 World Cup finalists.

No sooner had the final whistle blown than the undaunted Nostradamuses were at it again, confidently assuring us that this young German team would now ‘dominate for years to come’. They said the same about Spain, of course, after they added the last World Cup to their European championship. This time the Spanish got no further than England.

Planet Football is not the real world

Before the World Cup began, much of the discussion was dominated by the spinners of ‘Soccerism’ – the belief that football can be exploited for political purposes and held up as both the cause of and solution to social problems in the real world. Brazil’s president even labelled it the ‘anti-racism World Cup’. Fortunately, much of this official propaganda and pious guff was blown away once the international festival kicked off on Planet Football.

Brazil 2014 also confirmed that football is not of the real world in the sense that you can apply worldly political or economic standards to what happens on the pitch. Brazil might be a fast-developing nation, but its national football is in retreat. The US might be the troubled old giant atop the world economy, but it is hailed as the coming thing in world ‘soccer’. Most strikingly, Europe – often a deadweight around the neck of the world’s economy and culture – is now the most dynamic powerhouse on Planet Football, European teams having just won the World Cup for the third time running – a first for any continent. This surely reflects the importance of the European Champions’ League as the top-quality football competition in the world. It also confirms that the greatest game on Earth is, in the end, just a game.

For once, England did not disappoint

Brazil 2014 was England’s worst World Cup (apart from those for which it failed to qualify at all). Our heroes were knocked out in less than a week, after losing their first two group games. Yet there were no riots in Trafalgar Square this time, no hanging of players’ effigies outside pubs, and no big public backlash or breast-beating. Because we weren’t really all that disappointed – most people knew the team was pretty crap, and were proved right. As Duleep Allirajah put in on spiked before the World Cup, ‘England no longer expects’.

Thus the sight of a World Cup final played between England’s two ‘old enemies’ was accepted without too much angst or upset this time, with England fans in Brazil pictured supporting the Germans while David Beckham and his sons backed Argentina. Even the tabloid headline-writers seemed to have ironic tongues firmly in cheek after substitute Mario Götze scored the late winner for Germany, hailed as ‘Hand of Göt’ (the Sun) and ‘German sub sinks Argies’ (the Daily Star). For us, Tommy, it seems the war really is over. Still, there’s always next time, isn’t there…?