Our need for paedos: why society obsesses over child abuse

After Rolf, the Westminster ‘child sex ring’: why the paedo-scare won’t die. 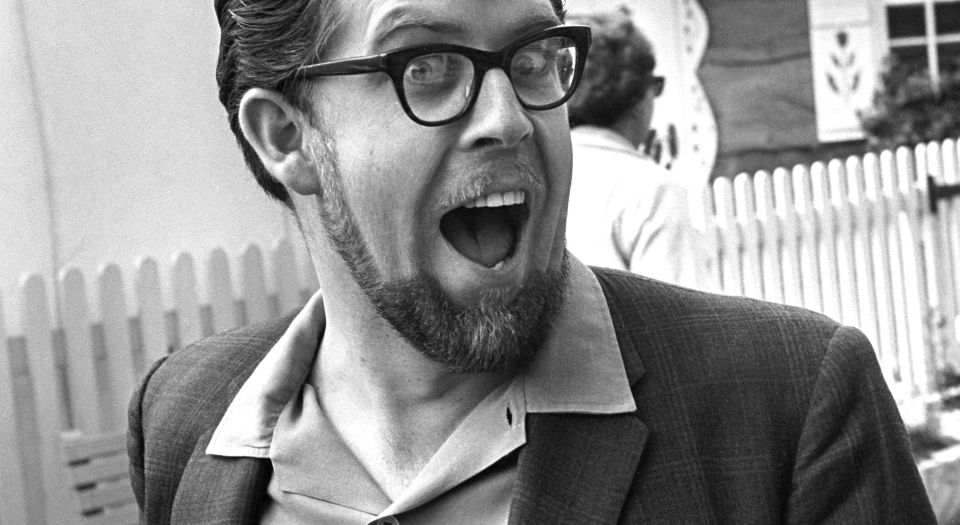 The prison door had barely shut behind Rolf Harris before British society was on the hunt for yet more alleged abusers of children. This time it was in the political system. Having well and truly trawled the world of Seventies-era celebrity for evidence of paedophilic behaviour, now the paedo-hunters are scouring the annals of parliamentary memos and rumours for signs that child-abusing beasts lurked here, too, at the very heart of the establishment. The Sunday papers were packed with whispers, all unsubstantiated, about ‘VIP paedophiles’, about ‘child sex rings’ made up of super-powerful abusers, with tub-thumping editorials demanding that these monstrous MPs who allegedly did wicked things in the Seventies and Eighties be found and exposed. We need to fight through the ‘overpowering stench of an Establishment cover-up’ and uncover this ‘child abuse by politicians’, howled one newspaper editorial.

Welcome to the era of the permanent paedophile hunt. There’s no let-up. There’s no time to take a breath. Once one hunt for paedos is over, another will take its place, almost instantly. The speed with which the national attention turned from celebrating the slaying of child-assaulting Rolf to demanding the capture of child-assaulting MPs suggests the British obsession with paedophiles is not simply a recurring moral panic, like the ones over crime or youthful misbehaviour that come and go depending on what mood the police or the press are in. Rather, it is a permanent fixture in British political and moral life; an ever-present force; a neverending morality tale in which the characters might change – cloaked Satanists one day, old TV celebrities the next, wicked politicians the day after that – but where the story remains remarkably samey: that is, that dark, twisted forces are seeking to harm our children and thus we must always be vigilant, obsessively so, reorganising society itself in order to keep the monsters at bay and our children safe.

For around 30 years now, Britain has been in the grip of a paedophile panic. It has changed shape and focus many times, but it has never gone away. Sometimes the promoters of the panic are right-wing tabloids wringing their hands over ‘pervs’ and ‘nonces’, and other times the panic-mongers are leftish, public-sector types, from social workers hunting for fantasy Satanists whom they imagine are murdering and eating children to earnest broadsheet writers wondering out loud why so many men want to abuse kids. Sometimes the panic is overseen by Christian fundamentalists convinced that demonic forces are violating children’s bodies, and sometimes it is led by secular feminists who believe all children in every family home are at risk from the attentions of warped men – and sometimes, as in the case of the Satanic panic of the 1980s, it is spearheaded by both unhinged Bible-bashers and radical feminists, the two coming together in an unholy marriage of fearmongering about the destroyers of childhood innocence. But in every case, the impulse, the underlying urge, has been the same: to ratchet up concern about paedophiles and depict our society as being under threat from hidden, mysterious forces that would pounce upon and ruin our children given half a chance.

There has been no break from the paedophile panic over the past three decades. Even when certain forms of the panic are exposed as baseless, as completely hollow, the underlying urge behind the panic, the moralism that is its fuel, simply moves on to another terrain, adopting a new language and a new focus to keep the concern with evil child abusers alive. So the pummelling of the Satanic panic of the 1980s and early 1990s, when Christians and feminists on both sides of the Atlantic spread utterly made-up tales about children being abused and even sacrificed by hooded men, did not end the paedophile panic – it merely forced it to take on a new form. So we saw in the early and mid-1990s the rise and rise of the seemingly more respectable panic-mongering of charities like the NSPCC, which likewise used exaggeration and fear to depict modern Britain as being overrun by wicked child abusers but simply left off the crazier stuff about men in cloaks.

At the end of the 1990s and in the early 2000s, the paedophile panic moved up another notch when the Sunday tabloid the News of the World started publishing weekly pieces about the PERVERTS hidden around the UK. But when this more explicit form of paedophile panic-mongering led to actual real-world violence, with some suspected child abusers being hounded out of their homes by mobs in Portsmouth, the more respectable agitators against the scourge of child abuse sought to distance themselves from it. And thus in the mid- to late 2000s we had a return to the apparently more respectable charity-led, feminist-infused promotion of concern with child abuse, of the idea that, as Britain’s actual deputy children’s commissioner Sue Berelowitz put it in 2012, ‘There isn’t a town, village or hamlet in which children are not being sexually exploited’. That is precisely the same hysterical idea that underpinned the baseless Satanic panic in the Eighties and the vulgar tabloid campaign against paedos in the Nineties. The personnel and language of the paedophile panic changes over time, but the same rotten, misanthropic belief remains – one which says wickedness lurks everywhere and every child is under mortal threat from demonic forces.

And now we have Operation Yewtree. This vast police investigation into alleged sexual perversions and abuse by Seventies celebs is best seen, not as a serious, cool-headed study of crimes of the past, but as the latest manifestation of the 30-year-old paedophile panic. In fact, Yewtree represents the uniting of the various forms that the paedophile panic has taken over the past 30 years. It has brought together the disparate, sometimes clashing elements of that panic into one horrendous whole. It unites both the tabloids and the broadsheets, with the former getting to splash pics of perverted paedo celebs across their front pages and the latter publishing self-flagellating editorials about how everyone was complicit in child abuse. It has reunited the Satanic panic with the seemingly more respectable obsession with child abuse, generating both unhinged tales about Jimmy Savile assaulting and mutilating dead bodies, in an echo of yesteryear’s Christian/feminist Satanic obsession, and also NSPCC reports about the extent of child abuse in modern Britain. It has brought together all the panickers about paedophiles – from the gruff tabloid leader-writer to the well-educated feminist fearmonger to the respectable charity ‘awareness raiser’ – revealing that for all the minor disagreements over tone and attitude such paedo-obsessives might have had in the past, they can still be united because they fundamentally share the same outlook, the same fears, the same warped view of modern society and of modern man.

Yewtree has institutionalised the 30-year-long paedophile panic, elevating it from an ever-present but sometimes ill-formed thing into an actual institution, a key part of British political, social and moral life, a constant provider of yet more horror stories, claims and rumours about wicked behaviour. And when (if) Yewtree is wrapped up? It will be replaced by something else. There are already demands for an extensive ‘Hillsborough-style inquiry’ into the rumours of a paedo ring in Westminster, the paedo obsessives clearly already looking for their next outlet, the next moral terrain on which they might keep alive their panic and spread more fear about the demonic dangers surrounding children in every town, village and hamlet in Britain.

The most remarkable thing about the paedophile panic is how insatiable it is. Nothing – but nothing – seems capable of satisfying this weird modern lust for discussing, discovering and punishing potential harmers of children. So as soon as one suspected abuser of children is found, the search for the next starts, regardless of how flimsy the evidence might be – as in the case of the ‘child sex ring’ in Westminster, which right now is fuelled far more by rumour than by anything resembling evidence. Why can’t it be satisfied? Why will it not end? Why does it always stagger on, zombie-like, to feast on more rumours and speculation about rampant child abuse? It’s because the underlying cause of the paedophile panic remains unaddressed, unfixed. And that cause is modern society’s desperate need for moral clarity, for a sense of moral purpose, in an era when the old moral certainties have collapsed and the question of what is right and wrong, good and bad, is more confused than ever. In such a shaken, relativistic climate, the paedophile has emerged as the clearest personification of evil, the creature against which we might juxtapose ourselves and in the process discover what it means to be good. This is why every element of the elite, from the political class to all sections of the media to the charity world, has devoted itself to panicking about and posturing against paedophiles: they need these devils, wherever they might be found, to try to magic up a new morality in a post-moral era.