The Brits who become jihadists have some very familiar-sounding prejudices. 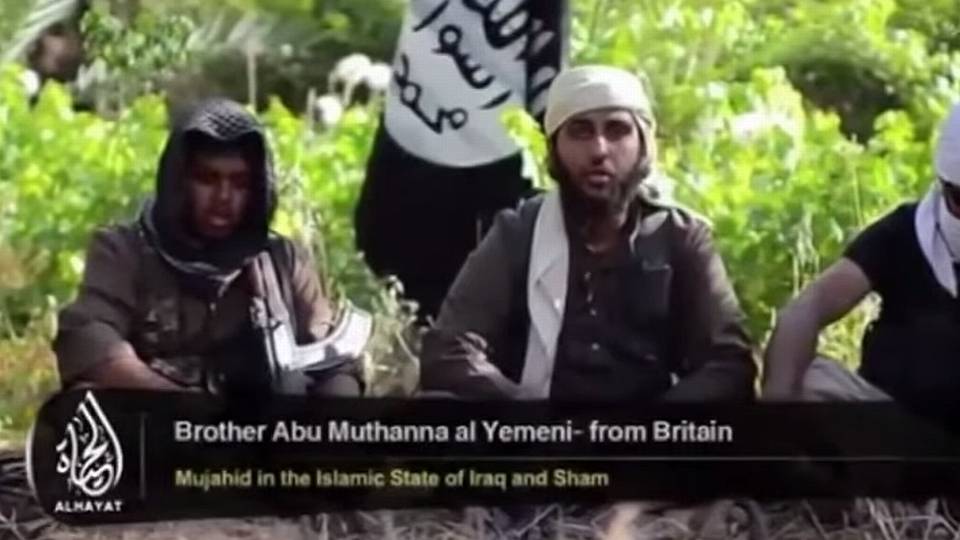 Throughout the West, we are hearing stories about young Muslims who turn from party animals focused on having a good time into zealous holy warriors off on a mission to turn Syria or Iraq into a theocratic state.

Not so long ago, Jejoen Bontinck, a teenager from Antwerp in Belgium, danced in music videos and partied with his mates. But then this hip-hop-infatuated young man became a convert to Islam. He stopped wearing Western clothes, adopted the manners of a zealous believer, and, before his parents knew what was happening, he was hanging out with jihadist fighters in the ruins of Syria.

The story of Bontinck sounds like that of many Westernised English-born teenagers who, after a quick period of radicalisation, turn into bitter enemies of their home country. Take the following account of the life of Hasib Hussain, one of the suicide bombers responsible for the carnage of the 7/7 bombings in London: ‘He liked playing cricket and hockey, then one day he came into school and had undergone a complete transformation almost overnight… He started wearing a topi hat from the mosque, grew a beard and wore robes. Before that he was always in jeans.’

Here was a young man who was apparently just like us before he underwent a sudden, incomprehensible character transformation, and turned against his neighbours and country. Just like Michael Adebolajo, one the men responsible for the killing of Drummer Lee Rigby in Woolwich, Hussain used to be a regular guy.

So who are these homegrown, globe-trotting warriors and what makes them tick?

What is truly fascinating from a sociological point of view is that this new breed of global jihadist has no distinct social, psychological or character attributes. In other words, there is no typical Western Muslim recruit to the cause of radical jihad. In their previous lives, some were high-spirited young men whose main aim in life was to have a good time. Some were idealistic teenagers, who were socially engaged in their communities. Some were into music, some into sport, while others were drawn towards casual crime and local gangs. These recruits were not marginalised outsiders; they were a representative sample of normal young people. In fact, some were exemplary students with good career prospects, and many were the beneficiaries of the economic security and opportunities afforded by Western society. The fact that there is no typical recruit to the jihadist cause raises broader questions about the forces and influences that motivate young Muslims to reinvent themselves as holy warriors.

Take the former Aberdeen schoolboy Abdul Raqib Amin. In his previous life, he was an enthusiastic footballer who enjoyed clubbing. In his new life, he has become a jihadist propagandist and a fighter in Syria. You can watch him on the internet recommending jihad as the ‘cure for depression’. Sitting in front of ISIS’s black flag he invites other British Muslims to join the struggle in Syria. A few years ago his recommendations would have touched on what trainers to wear and what bands to listen to. Now his band of choice is the ISIS crew.

Abdul Raqib Amin is not alone. Sitting alongside him in the ISIS recruitment video is Nasser Mauthana. Formerly a high-flying student from Cardiff, Mauthana gave up his ambition to study medicine in order to join the holy war. He, alongside an estimated 500 to 2,000 young British Muslims, has decided to abandon his former life and take up arms in the Middle East. Others have focused their energy and hatred on the communities in which they grew up, as demonstrated by the Woolwich killing. This shows that homegrown terrorism constitutes a threat to the West as well.

Today’s homegrown terrorist has little in common with his 1970s European counterparts in the Italian Red Brigade or the German Baader-Meinhof Group. These were tiny extremist cliques, like the Animal Liberation Front, consisting of a handful of fanatical individuals with little influence over others. By contrast, the culture of radical jihadism exercises influence over significant sections of Muslim youth in Western societies – just go online to see the visibility and support it enjoys. The online jihadist community is not confined to a few hundred hardcore militants. It embraces a far wider audience of passive supporters who at least emotionally identify with their active brethren.

The real meaning of radicalisation

The radicalisation of young Western Muslims is often blamed on the apparently powerful appeal of radical preachers. This interpretation follows the centuries-long tradition of pointing the finger of blame at the mysterious outsider who preys on the vulnerable and highly suggestible. Today’s version of this theory of psychological manipulation is communicated through the theory of radicalisation. This theory claims that young people – frequently described as ‘vulnerable’ – become radicalised because they are brainwashed and manipulated by these formidable, charismatic figures. The reality is rather different. There is considerable evidence to suggest that the people who embrace radicalism are rarely brainwashed by manipulative operatives; often they have sought out jihadist websites and online networks. In other words, they may have made a self-conscious and active choice (1).

No doubt committed jihadist leaders do their best to promote the appeal of their brand of ideology and to recruit new followers. But while they do contribute to the radicalisation of Muslim youth, they only play a minor part in this drama.

The question worth posing is why radical Islamic ideals appeal to young people who have often benefited from life in the West. It is clear that their embrace of radical Islam is coupled with a rejection of the way of life of their parents and also of the communities they inhabit. Such a generational rebellion against the old ways is not confined to Muslim youth. When you talk to young radical British Muslims it is obvious that they are motivated by impulses shared by many of their non-Muslim peers. Take their rejection of Western consumer society: ‘Are you willing to sacrifice the fat job you’ve got, the big car you’ve got, the family you have’, asks Abdul Raqib Amin in his ISIS-sponsored video. His views, which draw on the anti-consumerist rhetoric of Western radicalism, are shared by a significant section of European youth. Indeed, it could just as easily be a statement made by a member of Occupy. But Amin is not just a radical protester, and he reminds his audience that he also belongs to a distinct youth subculture by asking: ‘Are you willing to sacrifice this, for the sake of Allah?’

What security officials characterise as radicalisation should be understood as an expression of generational estrangement. Young Muslims’ estrangement from and resentment towards Western society is logically prior to any radicalising message that they might subsequently internalise. Many young people, who find it difficult to gain meaning from their experience in Western society, react by rejecting Western society. Their Muslim peers sometimes go a step further and express their alienation through the medium of a jihadist outlook. The attraction of this outlook is that it provides a coherent and edgy identity. It offers the cultural resources for the constitution of an Islamic youth subculture. Unfortunately, unlike the typical manifestation of the generation gap, the embrace of a jihadist youth subculture can have some very destructive consequences.

Most young people who are attracted to jihadist websites are not searching for a new religious experience or worldview. Their behaviour is not all that different to the numerous non-Muslim Westerners who visit nihilistic websites and become fascinated by destructive themes and images. Jihadist social media, just like certain conventional internet sites, provide young people with an outlet to let off steam. Young people use these sites to express their frustration and alienation, often using extravagant language to boast about their behaviour, against a background of Middle East imagery and angry Western rap music. Jihad is often presented not just as a religious duty, but as an exciting adventure. For many, these are ‘cool’ sites that allow users’ fantasies to flourish. For others – a relatively small minority – such sites provide something more: a medium through which they can make sense of their lives.

One of the characteristics of hip-hop is that it is easily transferable from one subculture to another. Jihadist hip-hop provides a medium for the expression of raw hatred and anger that readily resonates with urban youth. Take the English-language jihadi rap song ‘Dirty Kuffar’. The rap invites people to direct their hatred against well-known Western political leaders. The beat might be infectious, but the lyrics are banal, communicating a simple if not simplistic message:

ISIS recruitment videos seek to appeal to young macho men. This is why they feature lots of guys doing press-ups and shooting at targets, while expressing ISIS’s case through the narrative of mobilisation. Such sentiments are clearly signalled by the ISIS video, ‘Day of Retribution’:

‘Bust your weapons, take off oppression,
Take their lives and right-hand possessions,
Snatch a politician out the election,
Give him injections, lethal infections…
The revolution, kuffar execution,
The true solution, the day of retribution!’

Jihadist rap is testimony to a project that seeks to harness the resources of youth culture in the interests of political propaganda. Even so-called Western security experts have woken up to the fact that instead of worrying about the mystical appeal of Islamic theology, they should have a better grasp of what they call ‘jihad cool’.

The appeal of a jihadist youth culture rests on a profound rejection of the cultural values of Western society. What often appears as a sudden conversion to radical Islam on the part of an impetuous or confused young man is usually preceded by the detachment of the individual from his community. In other words, the attraction of a cause follows on from a rejection of anything else to believe in. The really important question worth exploring is not what lures a young man from Cardiff to an ISIS training camp in Syria; rather, it’s why have so many rejected their previous way of life? Theories of radicalisation serve only to evade this question. Blaming the mad mullahs lets everyone off the hook.

(1) This point is confirmed by research into the motivation and character of suicide bombers. See for example ‘The Moral Logic of Suicide Terrorism’, by S Atran The Washington Quarterly, Spring, 2006