A vital defence of disciplines

Disciplines aren't fusty academic relics, they're essential to the pursuit of knowledge. 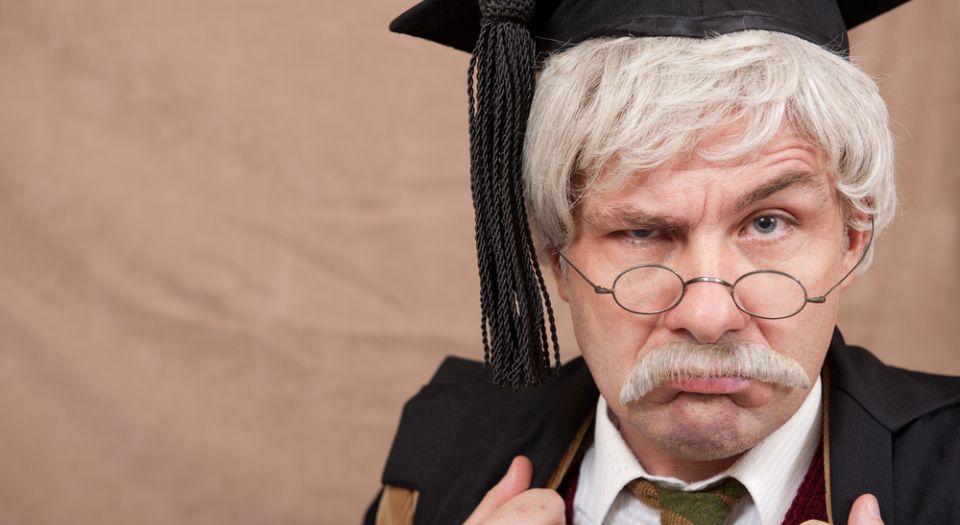 Each academic subject, or field of knowledge, has its own long history. However, the contemporary organisation of higher education through disciplines only became fully established after the Second World War. Since then, disciplines have played an increasingly formalised role in organising scholars and students within universities, as well as forming the basis for academic communities beyond particular institutions through journals, conferences and research councils. Disciplines provide the structure for managing the process of peer review that dictates which academics get hired, published, awarded grants or promoted.

More fundamentally, disciplinary boundaries represent distinctions in how academics understand knowledge that go beyond subject content; while the sociologist, psychologist and anthropologist may share an interest in understanding human behaviour, all three will approach this subject from a distinct perspective and will ask different questions of the same material. In this way, academic disciplines can be seen as far more than just an organisational structure: they also represent an epistemology that influences the methods academics employ. Disciplines produce academics whose obedience to a particular set of rules leads them to think, question, critique and discover in a particular way. FR Leavis suggests that the study of literature, for example, involves the discipline of critical analysis.

Since the late 1960s, it has become fashionable for some people within universities to criticise the practice of organising academic work through disciplines. Disciplines have been attacked for being ‘a relic of a bygone era’. At best, they are seen as irrelevant to the pursuit of knowledge, and, at worst, they are seen as a hindrance to the development of new ideas. Disciplines are derided as ‘academic silos’, the rigid boundaries of which constitute a barrier to intellectual progress, preventing communication between academics who work on similar topics. These ‘silos’ stand accused of being inwardly focused on a narrow range of self-perpetuating topics, drawing academics into competitive game-playing, thereby wasting time and energy that could otherwise be spent on the search for solutions to practical problems.

Many in higher education perceive the ‘cutting edge’ of research to be found at the meeting point of one discipline and another. As the boundaries between even relatively ‘pure’ disciplines have become blurred, interdisciplinarity has been celebrated alongside a rejection of the need to conform to particular ways of thinking. It can seem as if, particularly within the humanities, interdisciplinarity has become an end in itself. Specialist disciplines have merged and developed to form new interdisciplinary subject areas such as cultural studies, media studies, educational studies and environmental studies. The British philosopher Roger Scruton notes a trend which first emerged in the 1960s and 1970s towards ‘throwing together clusters of disciplines from the social sciences and the humanities in order to generate “studies”’.

Interdisciplinarity has been a feature of higher education ever since disciplines as we recognise them today first emerged. However, the pressure that is put on academics to work in interdisciplinary areas has markedly increased in recent years. Universities argue the provision of interdisciplinary courses is led by demand; as fee-paying students have become increasingly focused on future employment prospects they have leaned towards applied fields of study. An interdisciplinary course in a fashionable subject such as criminology may attract more fee-paying customers than the less employment-focused, and perhaps more intellectually challenging, subject of chemistry. In addition, funding bodies designed to allocate resources to scholars for the pursuit of particular projects increasingly place a priority on funding interdisciplinary work. Funding bodies see interdisciplinarity as a short-cut to meeting government priorities in relation to ‘knowledge transfer’, ‘economic relevance’ and ‘impact’. Academics themselves often seek to leave behind the rigid structure of the disciplines in favour of the presumed intellectual freedom and practical applicability of an interdisciplinary topic-focused research centre. In part, the vogue for interdisciplinarity speaks to the instrumentalisation of knowledge.

In this climate, In Defense of Disciplines, a new book from a US sociology professor, Jerry A Jacobs, is most welcome. With meticulous rigour, Jacobs thoroughly exposes the inaccuracies behind every critique levelled against disciplines. He marshals a weight of empirical research to prove ‘the notion that disciplines are hermetically sealed silos can be laid to rest’ and explores why ‘even though it runs counter to the evidence, the popularity of knocking disciplines continues unchecked’. Jacobs argues that disciplines neither prevent communication between academics nor stifle debate and intellectual curiosity. Instead, he suggests, ‘the knowledge base of field after field is an amalgam of homegrown developments and imported ideas’. Rather than seeing it as problematic that academics research topics in different ways, Jacobs heralds this as a benefit of disciplinarity in that it ‘produces a larger set of ideas and possibilities that may help us to address unexpected contingencies’.

Jacobs gives short shrift to the notion that disciplines hinder the emergence of solutions to practical issues: ‘While a problem may have many facets, the connections between these elements may not be the best place to look for solutions… bringing research together around a major social issue, such as education, by no means guarantees a solution to the problem. And, conversely, specialised research can make major strides in addressing multifaceted social problems.’ Jacobs does recognise that higher education ‘cannot be organised solely or even principally to address the social problems of the day… neither the humanities nor basic mathematics may offer immediate solutions to the world’s problems, yet both may prove instrumental in the future in ways that are not fully anticipated today’. At times, Jacobs risks defending disciplines on the basis that they are a superior way of meeting the same instrumental goals proposed by those arguing for interdisciplinarity.

In Defense of Disciplines suggests that, in many ways, disciplines have been victims of their own success: ‘They are continually uncovering new terrains to be explored and proliferating new specialised areas of inquiry only to be criticised for generating intellectual fragmentation.’ Jacobs argues some of the popularity of interdisciplinarity may stem from the fact that it provides a way for faculty to resist the pressure towards specialisation. As such, interdisciplinarity reflects a ‘desire to stem or reverse the division of labour, to assert a broader domain of competence, to engage a broader set of questions with a bigger toolkit of techniques’. He acknowledges a problem with this strategy is that ‘ostensibly interdisciplinary fields are themselves elaborately divided into specialities, newly emerging interdisciplinary projects quickly develop their own forms of segregation’ which means that, ultimately, ‘an interdisciplinary university would have to be far more fragmented than the current discipline centred arrangement’.

Jacobs coherently makes the case that ‘interdisciplinarity should not be viewed as an end in itself’. Instead, he suggests, ‘There is much to be valued in the current arrangement of academic disciplines’. Here, Jacobs hints at what should be at the heart of his defence of disciplines: ‘This system is dynamic; competition occurs on many levels within fields as well as across fields. The very structure of the disciplinary system tends to push in the direction of competition and over time will generally arrest any tendency towards intellectual fossilisation.’ Disciplines, through enculturating scholars into a shared epistemology, create the conditions for the rigorous checking of academic ideas and provide the rules for developing and evaluating new knowledge claims. Disciplines are not arbitrary, they emerge from an historical concept of knowledge. Rather than being restrictive, such shared norms provide a social foundation for the objectivity of knowledge, and in so doing offer a means of challenging existing knowledge and developing new ideas.

Despite the vogue for interdisciplinarity, academic disciplines are unlikely to disappear from universities any time soon. Jacobs’ acknowledgement that the challenge to disciplines ‘represents a potential revolution in the basic structure of academic life’ reveals his tendency to focus more on disciplines as sociological entities, the success of which can, at least in part, be evaluated through counting departments, professors and journals. While there is little to be gained from the fetishisation of disciplines, they are much more than employment cartels: they provide the building blocks for the pursuit of new knowledge and the foundation for the exercise of academic freedom. The challenge to disciplines is an attack on the liberal pursuit of knowledge. Jacobs’ focus on providing empirical evidence for his defence of disciplines too often detracts from his more important moral arguments that posit disciplines as intellectual bodies which train members in methods for understanding, interpreting and evaluating knowledge.

Towards the end of In Defense of Disciplines, Jacobs’ case for disciplinarity based on intellectual and moral arguments, irrespective of the statistics, becomes clear. He argues it is the specific training disciplines provide that creates the conditions for the passing of academic judgement: ‘The community of scholars in a field establishes understandings and contentions about what constitutes important questions and what constitutes good research.’ The questioning of the rules associated with academic disciplines, and the increasingly blurred boundaries between subjects, represents a challenge to the objectivity of knowledge. This leaves scholars without a structured framework for criticality and, unable to challenge existing knowledge or make truth claims in relation to new knowledge, the academic enterprise is betrayed.

Anyone interested in furthering the pursuit of knowledge must be concerned with the future of academic disciplines. As Jacobs crucially reminds us: ‘In organising research, advancing knowledge is the goal, and reforms should be undertaken when they represent the best means of achieving that objective.’ Disciplines, he argues, are ‘central to the creativity and dynamism of the modern research university’ because they provide ‘the conditions for relatively unfettered critical inquiry’.

In Defense of Disciplines: Interdisciplinarity and Specialization in the Research University, by Jerry A Jacobs, is published by University of Chicago Press. (Buy this book from Amazon(UK).)