It’s official: Britain is now run by an oligarchy

The local elections exposed the chasm between politicians and the people. 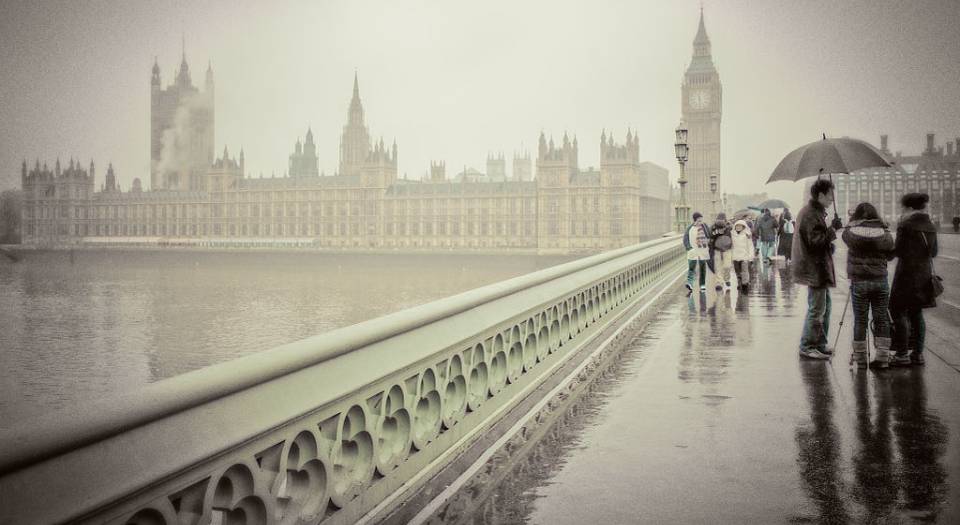 Last week’s local elections in England exposed the gaping, probably unbridgeable chasm that now exists between the political class and the public. Forget Farage for a minute. Forget the few ups enjoyed by Labour and the massive downs experienced by the Conservatives and the Lib Dems (though I appreciate how important it is to celebrate all drubbings received by the Lib Dems). Instead, focus on the fact that huge majorities of people, vast swathes of us, chose not to cast our ballots for any of the three main political parties. Obsessing over which of these parties did okay-ish and which did really badly overlooks the fact that all of them are now well and truly adrift from the populace, existing on an entirely cut-off plane a million moral miles away from the man and woman in the street.

It is remarkable how few of us turned out to vote for the parties which run the country, whether at national or local levels. Thirty-six per cent of all eligible voters voted in the local elections. And the final tallies for the three big parties were: 31 per cent for Labour; 29 per cent for the Tories; and 13 per cent for the Lib Dems. To put these results another way, 11.16 per cent of all voters in England voted for Labour, the party which topped the local election polls and some of whose leaders are now crowing about their gains. To put it yet another way, nearly 90 per cent of us – the vast bulk of England – did not vote for Labour, the supposed party of the working man and woman.

It’s even worse for the Conservatives. Their 28 per cent of votes cast translates into support from a paltry 10.44 per cent of all English people who can vote. As for the sad, increasingly pathetic Lib Dems: their 13 per cent of the votes cast means that just 4.68 per cent of all English people with the right to vote voted for them. In other words – brace yourself, Nick – more than 95 per cent of English adults did not vote for this party which is in government and whose leader is our deputy prime minister. That is pretty extraordinary. In total, 15.12 per cent of all voters put a cross next to the two parties that currently run Britain: the Conservatives and the Lib Dems. Eighty-five per cent of us did not feel moved to vote for these ruling parties, which raises some very serious questions about the legitimacy with which they rule.

Of course, turnout in local elections has been low for a fair few years. And ruling parties always tend to do badly in these bloody-nose elections. But it is nonetheless striking that, increasingly, infinitesimally small numbers of us are venturing out to express support for the parties that govern our lives. The local elections revealed some striking demographic and political shifts. For example, Labour lost 10 seats to UKIP in Rotherham in the north of England, a council Labour has controlled pretty much uncontested for 80 years, and Labour won some gains in the more leafy suburbs of Redbridge in London, an area it hasn’t traditionally done well in: this confirms the further unravelling of Labour’s bonds with its old political base. The Tories’ loss of 11 seats in Hammersmith and Fulham in London, apparently David Cameron’s ‘favourite council’, also shows how weak are the ties that bind populations to parties. But the most revealing result across the board was the refusal of great numbers to vote at all, which tells us about much more than how parties are faring in particular areas or in one-time strongholds: it suggests all of them now struggle to make any kind of connection with the vast majority of people.

The elections point to the possibility that there are now two Englands. There’s the England of the politically well-connected, stuffed with politicians and observers who talk very loudly among themselves but seem to have nothing of note or interest to say to anyone else. And then there is another England, inhabited by so-called ordinary people, that strange tribe that politicos are forever trying, and failing, to mind-read and connect with. The gap between the political class and the people grows year on year, leading to a situation where we are now ruled by parties that do not possess anything like a convincing electoral mandate. They are minority parties, isolated cliques, governing almost by default, with very little electoral or moral authority. There’s a name for that kind of governance: oligarchy.

Some have blamed the public for this state of affairs, claiming we are ‘apathetic’, too hooked on watching crappy TV shows and gorging on unhealthy foods to be able to peel ourselves off our couches to go out and exercise the right to vote that earlier generations fought and died for. We should reject that horrible tag ‘apathy’, which according to the OED means ‘indolence of mind… indifference to what normally excites emotion or interest’. That is what much of the political class now thinks of the public: that we don’t vote because we’re too emotionless, switched off, uncaring. In truth, people don’t vote because, in their view, there is little worth voting for. There is nothing inspiring, nothing visionary, no big ideas or big-picture politics that might get us excitedly scribbling an X on a ballot paper. Instead, politics has shrunken dramatically in recent years – it’s now all technocracy, firefighting the public deficit, debating about how to micro-manage people’s lives and make our children less fat, and so on. Earlier generations didn’t fight and die for the right to choose between different shades of technocratic paternalism; they fought and died for the right to push politics in a new, more democratic direction and to have their own interests and desires forced on to the political agenda. They fought and died for a vote that meant something, whereas now people choose, very legitimately, not to exercise a vote that has come to mean very little.

What did the English public say to the political class in last week’s local elections? Well, the vast majority of us chose to say nothing whatsoever to them, probably because there is little point trying to say something to people who do not speak your language.