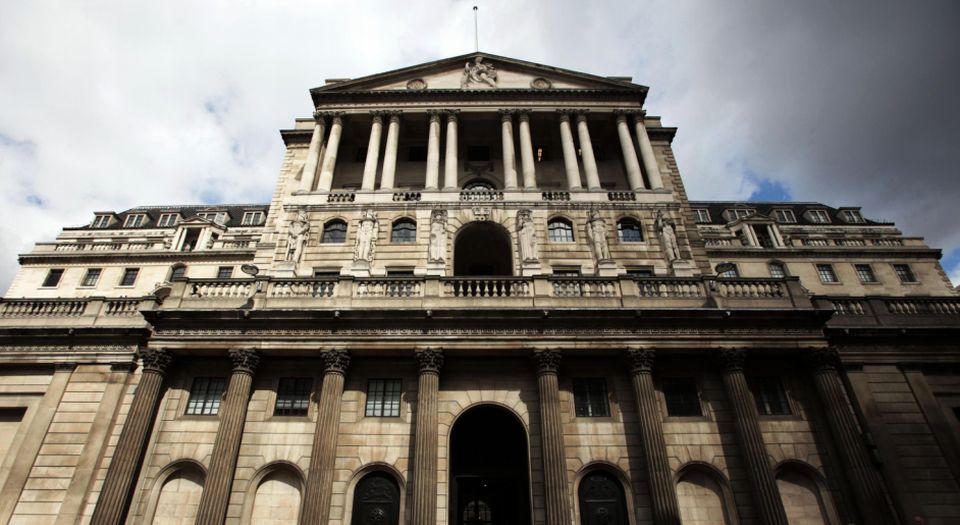 When you hear that dread phrase ‘The Good Old Days’, which days first spring to mind? It seems unlikely that many will immediately think of 2008, that golden age of prime minister Gordon Brown (remember him?) and president George W Bush, when the international financial system came close to meltdown, almost taking the world economy with it. Yet we are now being invited to celebrate the fact that the UK economy has crept back up to that low point.

‘It’s official: the Great Recession has ended’, declared one typical headline last week, citing the National Institute of Economic and Social Research (NIESR) claim that ‘we are incredibly close to the pre-recession peak’ in Britain’s GDP. Upgrading the institute’s growth forecasts, its director crowed that ‘the end of the Great Recession… is an important moment. The British economy is very close to being bigger than it has ever been. Symbolically, that matters, and it comes at a time when growth is clearly entrenched.’

Leave aside for the moment the small matter that we might have more confidence in the experts’ current assurances if any of them had accurately forecast the start of ‘the Great Recession’ six years ago. What is being hailed as an historic moment today is that the UK economy, after the slowest ‘recovery’ in history, has technically got back to somewhere close to the size it was in 2008. This, according to the Tories, proves the success of the Lib-Con coalition government’s ‘long-term economic plan’.

What really ‘symbolically matters’ here is surely the redefinition of the meaning of economic growth and successful planning. Once upon a time, not so long ago or far away, the idea of progress was about the future, about taking the economy forward into a new, more productive age. Now apparently it is deemed an important mark of progress merely to get back to the past. The fact that the economy did not ultimately plummet into the abyss becomes the sign of success.

If you move the goalposts often enough and lower the bar sufficiently, surely anybody can eventually score a goal. Thus the authorities can claim to be winning largely by redefining the meaning of progress. This is certainly an impressive display of delusional economics. Whether it can convince many of those still living in the real world is another matter.

The attempted redefinition of economic growth is a symptom of the elite’s inability to face up to the causes and depth of the crisis. The UK’s economic ‘peak’ of 2008 was built on sand. The apparent boom was fuelled by a credit-backed rise in the prices of property, shares and other paper assets, credit-backed consumer spending, and debt-financed public spending. There was relatively little fundamental economic strength or dynamism underpinning these artificial increases. When the international financial crisis struck and the credit tap was almost turned off, the UK economy quickly dried up.

Six years on, what has really changed? The government’s ‘long-term economic plan’ appears to have been to declare austerity, cut public-sector jobs and wages and welfare, and hang on in the hope that, as those economic experts wisely predict, what goes down must eventually come back up. And indeed, in some senses it might appear that it is 2008 all over again. After all, the growth that the British economy has ‘enjoyed’ of late has been significantly based on… consumer spending and the increase in the paper prices of property, shares and other assets, largely financed by low interest rates and the extension of state credit. All of it underpinned by the government’s guilty secret: that despite the official age of austerity, public spending continues to rise.

If we are going back to 2008, it is history repeated as part farce, part fantasy. The economic ‘bubble’ is likely to be thinner and less buoyant this time around. Despite the boasts about falling unemployment, for instance, even City experts warned this week against putting too much faith in ‘employment data which can be distorted by the inclusion of types of employment contract currently prevalent [part-time and zero-hours contracts] which do not necessarily result in strong gains in disposable income’.

The fundamental problems of a lack of productive investment and productivity growth in the UK economy are, if anything, even worse than they were six years ago. Recent figures might show some headline increase in business investment, but from a desperately low base. Big businesses continue to hoard billions of pounds that they are reluctant to risk in low-return capital investments. It still looks, as us old Marxists used to say, like an underlying crisis of profitability.

The immediate danger now is not that the economy might plunge into a deep depression (and simply avoiding such a cataclysm, as much by accident as good judgement, is nothing to boast about). The danger is that delusional economics, by redefining the meaning of progress and success, could end up effectively normalising economic stagnation, making little-or-no growth in living standards the new normal.

The impoverished state of economic debate and the inability to face up to the crisis reflect the exhaustion of the mainstream parties’ political capital. The British public is not about to have their faith in the Tories, Lib Dems or Labour restored by another rise in already-inflated house prices. Just as the real economy continues to bump along in the doldrums, so do the political parties. None of them has a plan or a clue beyond ‘keep calm and carry on’, and none appears capable of reaching above 35 per cent in the polls, just a year before the General Election. Indeed, the one truly remarkable figure is that the public esteem in which our political leaders is held is now even lower than it was in 2008.