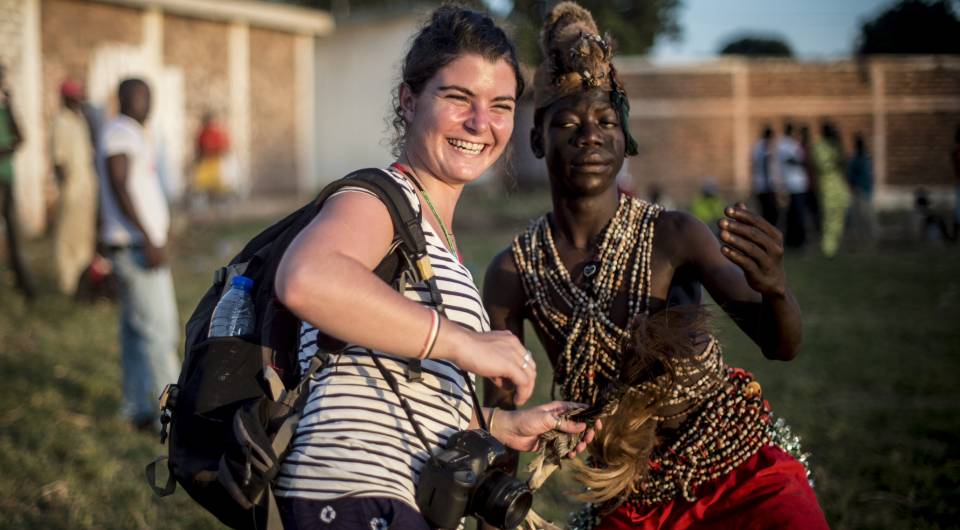 Everyone at spiked was very saddened to hear of the death of Camille Lepage, who interned at spiked in Spring 2010.

Camille, a 26-year-old photojournalist from Angers in France, was found dead by French troops patrolling the Bouar region in the Central African Republic, announced the French presidency on Tuesday evening.

That Camille was reporting from one of the most dangerous places in the world was not a surprise. In her short time at spiked, Camille impressed everyone with her talent and passion for journalism, and her commitment to chasing down the truth no matter where that might lead. She wrote, she designed, and she organised – in fact, during the six weeks she was with us, she became an important member of the spiked team.

After spiked, and the completion of her degree at Southampton Solent University, Lepage moved into photojournalism – and here her talents really flourished. But it wasn’t just her eye that was impressive; it was her willingness to take risks, to put herself in a position where her camera could really capture the truth. Before she started covering events in the Central African Republic, she had spent months living and reporting from war-ravaged South Sudan. As she put it on her website: ‘I’ve always wanted to go and live in a place where no one else wants to go, and cover in-depth conflict-related stories… The fact that I live in South Sudan for a while really helps. I live in a local house in a local neighbourhood, with no electricity and little comfort, so I don’t see myself as being very different from the local people.’

So striking was her work that it was used by Le Monde, The Sunday Times, the Guardian, the Washington Post, the Wall Street Journal and the BBC.

We’ll leave the final words to Jerome Delay, chief Africa photographer for the Associated Press, who described her as ‘the one who would spend the time on the job to make others understand what was going on in places like Central African Republic and South Sudan. She was a very talented, extremely courageous young woman.’