George Brandis and the new authoritarians

The response to that interview showed that when it comes to climate change, no dissent is allowed. 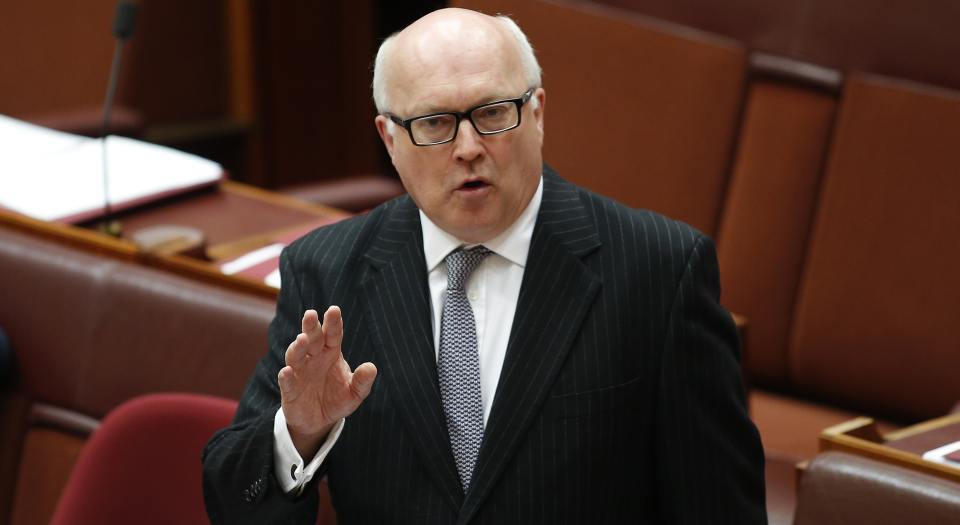 As reported in The Sunday Times, Voltaire quotations were being tweeted so frequently last week that the Enlightenment star actually started trending on Twitter.

And what was responsible for this digital revival? It was spiked wot dunnit. That’s right, Brendan O’Neill’s Free Speech Now! interview with George Brandis, published on Thursday, sparked a mass Voltairathon.

Brandis, you see, is a senator for Australia’s ruling right-wing Liberal Party, and, more significantly, the attorney general. And in the course of explaining why, as Australia’s law chief, he is trying to reform the section of the Racial Discrimination Act that prohibits people from ‘offending, insulting or humiliating’ a person or group on the basis of their racial or ethnic origins, which would mean, as he put it, defending the right of people to be bigots, he invoked Voltaire. ‘Somebody had to make the Voltaire point’, he said, ‘somebody had to make the point [about] defending the right to free speech of people with whom you profoundly disagree’. Seeing Brandis cite one of history’s radicals was too much for Twitter’s largely left-ish, nominally liberal constituency, who, noting that it was actually Evelyn Beatrice Hall, a nineteenth-century biographer of Voltaire, who glossed his position as ‘I disapprove of what you say, but I will defend to the death your right to say it’, proceeded to populate Twitter with actual Voltaire quotes.

But Voltaire’s Twitter surge was, in many ways, the least of it. Over the weekend, it’s fair to say that the Brandis interview became one of the leading news stories in Australia. It made the front-page of the Australian version of the Guardian (generating nearly 2,000 online comments), and featured heavily in the Sydney Morning Herald, the Australian, the Age, the Canberra Times, and many more. So prominent was the story that it even featured as a question on Q&A, the Australian Broadcasting Corporation’s answer to the BBC’s Question Time, on which Brendan O’Neill happened to be a panellist.

Yet what’s interesting is why the interview piqued the interest of Australian media, bloggers, and the Twitterati. It wasn’t just that it featured one of Australia’s most important political figures – Brandis says a lot of things without becoming a major news story. Nor was it simply that Brandis, as O’Neill noted, does something rare for a contemporary politician – openly talks about freedom of speech. Rather, what touched a nerve, as headlines like ‘George Brandis: sidelining climate change deniers is “deplorable”‘ suggest, is the fact that Brandis was willing to defend the right of people to challenge and question today’s environmentalist consensus. What’s more Brandis did so as someone ‘on the side of those who believed in anthropogenic global warming and who believed something ought to be done about it’. That is, just because he thinks that manmade climate change is a problem, he has been ‘really shocked by the sheer authoritarianism of those who would have excluded from the debate the point of view of people who were climate-change deniers’, a situation ‘where one side [has] the orthodoxy on its side and delegitimises the views of those who disagree, rather than engaging with them intellectually and showing them why they are wrong’. (This was a view, as columnist Mark Steyn pointed out, supported by Professor Judith Curry, chair of the School of Earth and Atmospheric Sciences at the Georgia Institute of Technology, who said: ‘With regards to climate change, I agree with George Brandis who is shocked by the “authoritarianism” with which some proponents of climate change exclude alternative viewpoints.’)

Brandis’s criticism of the free-speech denying tendency of climate-change advocates was the prompt for a response that reveals a lot about a certain section of Australian society’s attitudes to free speech and science.

One of the most prominent arguments made in various forms since Brandis dared to suggest that climate change ought to be up for debate is that, well, the debate is closed, the science settled. No free speech is necessary because there is nothing more to say. As one letter writer put it in the Canberra Times, ‘The science is rock solid and conclusive’. If Brandis has his way, argued a professor of theology in the Sydney Morning Herald, ‘where will it end? Free speech for the tobacco industry to deny smoking causes cancer? There is a value in free speech to promote reasoned discussion and deliberation. And then there is obdurate and at times wilful ignorance.’ And in the academic magazine Conversation, one commentator simply said: ‘I’m sorry George, but trying to debate anything with these people or someone who thinks that the universe is 7,000 years old when astronomical observations tell us it is more like 13.6 billion, or that evolution hasn’t been occurring, is just a bit pointless.’

Again and again, the same point was made: when it comes to climate change, the time for questioning, the time for people to criticise and question, is over. ‘We do not need to intellectualise on whether we should act to save the planet’, wrote a correspondent to the Canberra Times, ‘we just need to get on with it… The [Australian] government is justifiably criticised for its failure to act in accord with the science and the views of world leaders.’

Accompanying the assertion that the science is settled, the debate is over, and now it’s time for action, action, action, has been its correlative: so-called deniers of the truth should not be listened to. So over at SBS, a part-public Australian broadcaster, one commentator even tried to suggest that it’s because climate-change sceptics are wrong that they’re being ignored. ‘Brandis has confused the right to speak an idea with the non-existent right that the idea be given credibility. He says in the interview that the scientific community and its supporters simply attempt to delegitimise “the views of those who disagree, rather than engaging with them intellectually and showing them why they are wrong”… That [the climate-change deniers’] case is not being made is not a function of suppression, it is the result of a lack of evidence. Deniers of climate science are not being excluded, they are being asked to step up. That they are failing to do so is nobody’s fault but their own.’ A philosopher, writing on ABC’s website, uses his interpretation of John Stuart Mill to make the same point: ‘Senator [Penny] Wong is right to now say “the science is in”. Increasingly there is community consensus and we may hope soon political consensus. This consensus is the effect of free speech as Mill theorised it; it is not a threat to free speech as Brandis so wrongly argues… “Heterodox” views ought not to be censored and they deserve careful consideration but they need to be true to gain legitimacy.’

In a Brisbane Times commentary, another prominent theme emerges. Not only should ‘climate-change deniers’ be ignored – apparently their arguments are actually dangerous. ‘[The] science is settled and has been for years. We’re killing ourselves and the planet with our civilisational addiction to burning fossil fuels for energy… [Deniers’] opinions aren’t science and no matter how loudly they repeat them over and over and over again, they’re not part of “the debate” either. They’re just sound and fury signifying a corporate agenda which will eventually kill millions in search of profit.’

Ironically, if there’s sound and fury here, it’s not coming from Brandis or those willing to challenge the environmentalist orthodoxy – it’s coming from the orthodoxy itself. The outrage prompted by someone daring to suggest that debate over climate change might be a good thing, the shock that a politician might think that, yes, free and open political debate of an issue that could shape how society produces and consumes is important, the venom and ad hominems that have come the way of someone defending a principle – free speech – that anyone who cares about democracy ought to defend… it all goes to make Brandis’s point about ‘a new authoritarianism’ emerging, an attempt ‘to control the commanding heights of opinion’, ‘where rather than winning the argument [the new authoritarians] exclude their antagonists from the argument’.’ As Andrew Bolt put it in the Herald Sun, it amounts to something approaching a ‘dictatorship of the mind’.

Of course, free speech does not mean that all opinions are valid, as Disgusted of Australia contend. And it does not mean that all claims to truth, scientific or otherwise, are all to be treated as true. What it does mean, however, is that dissent, debate and argument need to be tolerated. These key elements of free speech are not threats to the truth (or even the scientific consensus); rather, they allow us to get at the truth. They allow us, as a society, to judge which views should be supported and which views rejected. That was Brandis’s point. And with a few exceptions, it appears to have been missed.