Politicians pursue pointless, illiberal policies like plain packaging as a cheap way of scoring points against each other. 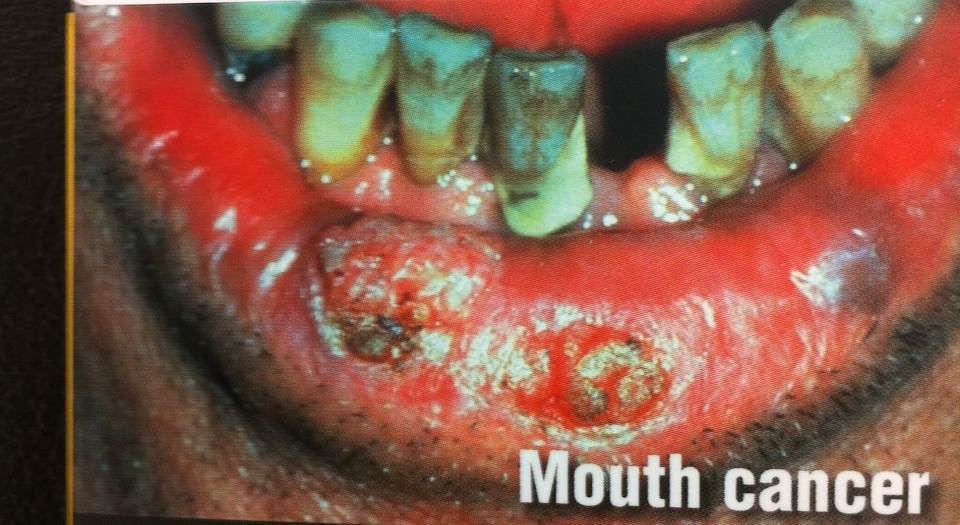 Plain packaging of cigarettes is the kind of idea that is discussed at three in the morning and forgotten about before the next day when the hangover kicks in. If the example of Australia is anything to go by, the policy involves removing all branding from cigarette packs and covering them with lurid images of smoking-related disease instead. Its bewildering elevation to national high priority is a testament to the power of the ‘public health’ lobby and the stunted mentality of politics in 2014. The scheme was first proposed in Canada in the early 1990s, abandoned and then ignored for the next 15 years until governments had capitulated to every whim of the anti-smoker lobby and fresh meat was required.

Ever since the smoking ban came into force in England in 2007 – one of the world’s most draconian – the UK tobacco-control industry has resorted to a policy of pretending that smoking doesn’t exist. Booting smokers outside, hiding tobacco behind shutters and abolishing cigarette logos all contribute to activists’ comforting illusion, an illusion that is all the more vital since smoking in the real world exists as much as it did before they went into overdrive. At the time of the smoking ban, 21 per cent of adults smoked; at the last count, in 2012, the figure was 20.5 per cent. In other words, the effect of an unprecedented binge of anti-tobacco legislation has amounted to a rounding error in the smoking statistics.

Silly and desperate though it sounds, plain packaging is something – and something must be done, or so it is supposed. Once the tobaccophobes decided that taking the colour purple away from Silk Cut was better than nothing, they pursued the idea with missionary zeal. Such zealots might not be very good at encouraging people to quit the weed, but they have become peerless at bending the ear of politicians.

First up was the evidence. In a parody of real science, a ‘systematic review’ of the various policy-based studies, surveys and hunches of activist-researchers was commissioned by the Department of Health (DoH). Authors included the full-time anti-capitalist academic and part-time poet Gerard Hastings (sample lyric: ‘I am the Corporation and I’ll crush you in the end’) and a professor of socio-management, Linda Bauld, the Comical Ali of the public-health lobby, whose war against reality has previously compelled her to insist (in another review for the DoH) that the pub trade has not been damaged by the smoking ban. (In fact, the rate of pub closures accelerated markedly after the ban was introduced.)

If you believe that people start smoking because a mere 40 per cent of a fag pack’s surface – rather than nearly all of it – is taken up by a photograph of a tumour, then plain packaging is the policy for you. You are probably the target market for the pseudo-scientific surveys that ask teenagers whether they find ugly packs uglier than less ugly packs. Among the many lowlights in the attempt to portray plain packaging as an evidence-based endeavour was the peer-reviewed study that asked supporters of the plain-packaging policy how much they thought the smoking rate might fall if the policy were introduced (one per cent, since you ask). Two other peer-reviewed studies involved one of plain packaging’s most fervent supporters analysing the arguments against the policy. She found them unpersuasive. Fancy that.

Once ‘The Science’ was lined up and the DoH was onside, it was only a matter of co-ordinating the state’s legion of ‘astroturf’ pressure groups – groups who are in the pay of government and lobby for government policy while pretending to be independent voices in ‘civil society’. From the outset, the plain-packaging campaign was run by lobby groups such as Action on Smoking and Health (ASH), Tobacco Free Futures, Smokefree SouthWest and FRESH, all of whom are funded by the unwitting taxpayer. Millions of pounds were diverted from primary-care trusts to spend on pro-plain packaging billboards. In parliament, the All Party Parliamentary Group on Smoking – which is run by its founders, ASH – pulled the levers with politicians.

The only hiccup came when the DoH launched a public consultation on the proposal. Public consultations are traditionally quiet affairs about which the general public is blissfully ignorant; only the public sector is expected to contribute. On this occasion, however, tobacco manufacturers, packaging companies, libertarian groups and retailers took their cue from their opponents and passed around petitions for their supporters to sign. The result: 660,000 people responded to the consultation, of whom two-thirds expressed their opposition. It took the wounded DoH 11 months to publish the results. When they did, the government put the proposal on ice while it waited to see how it was going in Australia, which introduced plain packaging in December 2012.

At this point, the fun really began. Labour made some evidence-free allegations about the government’s decision being influenced by the Australian public-affairs guru turned Tory adviser, Lynton Crosby, and continued to do so even after both Cameron and Crosby explicitly denied having ever discussed the policy. A few months later, Labour peers in the House of Lords tacked an amendment, which would allow any health secretary to introduce plain packaging without a parliamentary vote, on to an unrelated bill. For good measure, they also tacked on another law that the government had rejected – a ban on smoking in vehicles that contained under-18s.

Not to be upstaged, the government resurrected the plain-packaging ruse in November 2013, commissioning a member of the medical establishment, Sir Cyril Chantler, to conduct a new review into the policy. This time, however, no social or economic costs would be weighed up and the public would not be invited to voice their views. Chantler said from the outset that he would not concern himself with the impact of plain packaging on smuggling, counterfeiting or international trade, nor with ‘competition, trade-marking and freedom of choice’. Instead, he focused only on the claims made by the say-anything, do-anything tobacco prohibitionists.

By the time Chantler’s review – which toed the DoH line and supported the proposal – was published last week, the merits of the policy had long since been forgotten and plain packaging had become a pissing contest. Ever since Tony Blair created the role of minister for public health, it has been the terrain of here-today-gone-tomorrow junior politicians whose ambition vastly exceeds their experience. The sight of the latest incumbent, Jane Ellison, squaring up to her Labour shadow, Luciana Berger, illustrated the pitiful depths to which British politics has sunk. Both women are desperate to have their names inscribed in the footnotes of history and both have learned that making empty gestures in the name of public health is an escape hatch from anonymity. Berger was hoping for a chance to condemn the Conservatives for being insufficiently illiberal, but Ellison stole her thunder by giving a rapturous reception to Chantler’s report. Berger nevertheless made the best of things by demanding that the government drop its plans to give a cursory hearing to the many arguments against plain packaging. The debate was now between those who wanted plain packaging soon and those who wanted it yesterday.

It is, of course, the opposition’s job to oppose, but the changing tide of party-political opinion on issues of so-called ‘public health’ is risibly and shamelessly opportunistic. Labour rejected plain packaging under Gordon Brown. It now fervently supports it. It rejected minimum pricing for alcohol when it was in government and was largely indifferent when Cameron supported it. Now that the Conservatives have turned against it, however, Labour is firmly in favour – except in Scotland, where the Scottish National Party (SNP) strongly supports it and Labour is against it. The Tories, meanwhile, were happy to bury plain packaging after it was rejected in the public consultation, but they eagerly revived it after Labour scored a few points by dreaming up the Lynton Crosby conspiracy theory. ‘This will nail Labour’s ridiculous smears’, said a Whitehall source at the time. ‘Now the pressure will be on Labour to get behind this amendment to enable the introduction of standardised packaging.’ How principled! How noble!

It is unlikely that the government is pursuing this ludicrous scheme out of conviction. Politicians in both parties have realised that any hare-brained public-health policy can win them cheap political points at minimal political cost. With plain packaging, they publicly perpetuate the self-aggrandising fantasy that they are courageously taking on the might of ‘Big Tobacco’, but in private they know that they are shooting fish in barrel. Nicola Roxon, the former Australian health minister who was awarded a prize for her ‘truly extraordinary courage’ in bringing in plain packaging, confided to a supporter that taking on the tobacco industry was a ‘a no-brainer… How do you lose, even if you lose? Big tobacco… everyone hates them… so really, having a fight with them can’t hurt.’

Behind the grubby politics of plain packaging lies a drunken idea that may well soon become a reality. The government intends to abolish the logos, trademarks and intellectual-property rights of a legal industry and turn private property into propaganda. If it follows the Australian example where ‘plain’ means ‘grotesque’, the morbid mentality of the zealots will be forced not only on to smokers but on to anyone who glances at a cigarette pack. These are people who think that it is better for children to see corpses than colours. In Australia, public-health lobbyists are already pushing for the same law to be applied to hamburger packaging and beer bottles, and even campaigning for smokers to be required to carry licences as the ‘next logical step’ after plain packaging.

British politicians have no interest in either the paucity of The Science or the very obvious ‘slippery slopes’ they are careering down. They did something. What less could anyone do?

Christopher Snowdon is director of lifestyle economics at the Institute of Economic Affairs. He is also the author of The Art of Suppression: Pleasure, Panic and Prohibition since 1800 (2011), The Spirit Level Delusion (2010) and Velvet Glove, Iron Fist: A History of Anti-Smoking (2009). This is an updated version of an article written for Christopher’s blog, Velvet Glove, Iron Fist.