Sweden is no haven of liberty

Even this supposedly liberal paradise has laws against saying offensive things. 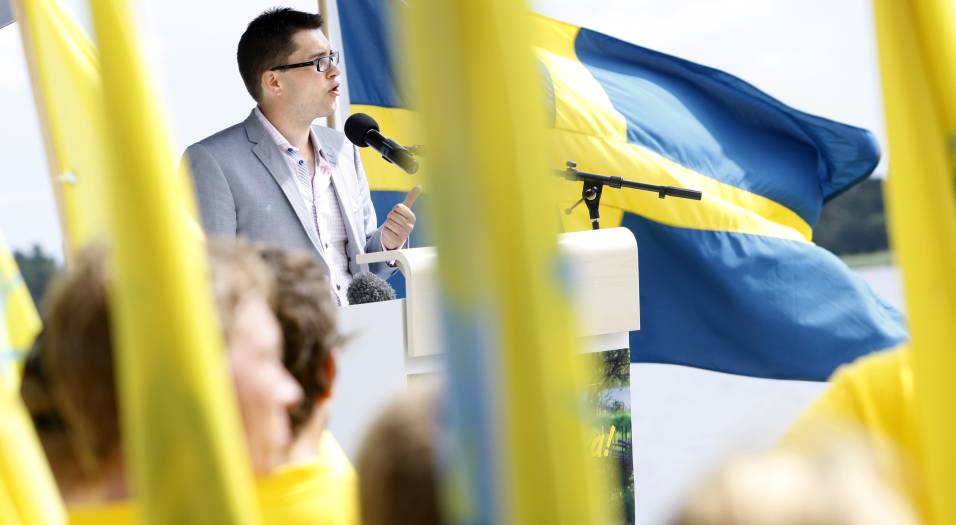 Sweden is typically depicted as a liberal paradise, an evolved and open-minded society where tolerance and equality define public life. No one believes this more, it seems, than the Swedish authorities. The official website for Sweden even makes the proud claim that ‘openness shapes Swedish society’. This image of Sweden as tolerant and liberal suggests it is a nation that take freedoms seriously, which appreciates the importance of liberty. This is certainly what I was led to believe when I moved here six months ago.

But take a closer look at Swedish society and a different picture emerges. It is an image of a nation in which freedom of speech comes with numerous caveats, a society in which the reprimand ‘you can’t say that’ is on the edge of every conversation. Freedom of speech is all well and good, it seems, so long as it conforms to the expectations of polite society.

According to Sweden’s constitution, every person has the right to communicate and express thoughts, opinions and feelings in speech, writing, imagery or otherwise. Equally, people also have the right to ‘receive any information or utterances’. The right to express and receive thoughts, opinions and feelings is an important right. And it is also important that it has been enshrined in Sweden’s constitution.

But, at the same time, it is a right that is being neutralised by Sweden’s hate and defamation laws.

The key piece of hate-speech legislation in Sweden is the ‘hets mot folksgrupp’ law, which proscribes ‘agitation against a national or ethnic group’. First created in 1948, it was presented as a response to the anti-Semitic propaganda of the 1930s and 1940s. (The first person to be convicted under the law was Einar Åberg, a well-known anti-Semite regarded by some as the reason the law was introduced in the first place.)

This is not to suggest the het mots folksgrupp law was the beginning of free-speech blunting legislation. Sweden has long had a law against ‘objectionable or offensive behaviour’ ( ‘förargelseväckande beteende‘). This law, which still exists today, was applied to anti-Semitic propagandists before the hets mot folksgrupp. In 1935, for example, the propaganda chief of the National Socialists’ student party was convicted under the förargelseväckande beteende for printing offensive posters and stickers, featuring the slogan ‘Jew, do not leave your house on Friday’, and posting them on Jewish shops.

Still, since 1948, the hets mot folksgrupp has become ever-more prominent as it has expanded in scope. In 1988, for instance, it became an offence to agitate against not just national or ethnic groups but also racial groups or people of colour. Hence today, hate speech in Sweden is defined as speech that publicly and intentionally threatens or expresses disrespect or contempt for ethnic or other such groups by alluding to race, colour, national origin, ethnic origin, creed or sexual orientation.

While the hets mots folksgrupp might not be a new law, its everyday impact and application has certainly increased since 1948. The irony is that its expansion has gone hand-in-hand with Sweden’s promotion of itself as an open, liberal society.

It is true that not many have been convicted under the hets mots folksgrupp, but that does not diminish its chilling effect on free speech. In 1980, for instance, a person at the entrance of a campsite put up a sign which read: ‘Gypsies not allowed to enter campsite.’ The authorities considered this to be hate speech and the sign was later taken down. In another, more recent case, two youths on a bus directed racist remarks towards three fellow passengers: two ‘dark-skinned’ individuals and one Indian person (who did not even understand Swedish). The defendants got off on a technicality: if other passengers on the bus had not heard them, what they said could not be categorised as remarks made ‘publicly’.

Hate-speech laws, wherever they exist, are invariably justified in the name of protecting people. But what this means is that the state begins regulating peoples’ everyday verbal interactions. Hate-speech legislation is not designed to protect people from actual physical attack, but rather from disparaging comments, from words and opinions that may be deemed ‘disrespectful’. It is not just speech deemed potentially ‘dangerous’ that is restricted, but also speech considered offensive to polite society.

In 2003, the hets mots folksgrupp law was revised to include homosexuals as a protected group. As a result, seven individuals were dragged to court in 2005 for distributing flyers on a school campus that described homosexuals as promiscuous, the cause of HIV and AIDS, and spreaders of paedophilia. According to the prosecutor, ‘through their actions’ the defendants had ‘expressed contempt for a group of persons’.

This desire to expand the scope of the hets mots folksgrupp, so as to treat an ever-increasing number of groups as vulnerable, and in need of protection, is seen by many as progressive. But look a little closer, and the progressive sheen dulls. What this legal assault on unpleasant or rude speech does is to treat Swedish citizens like fragile items, to be kept safe from rude or insulting speech in the legal equivalent of bubble-wrap. The Swedish state is effectively sanitising and restraining society.

Yet the most striking point of consensus was that freedom of speech was not and could not be absolute. There are always exceptions, always caveats, the speakers all agreed. This point was not even up for discussion; it was just a shared assumption. One had to be ‘responsible’, ‘balance’ was necessary, and ‘respect’ vital. That even a comic or a journalist would take it for granted that there should be limits to speech shows how deeply entrenched is the wariness towards this freedom today.

‘You can’t say that’

On an anecdotal level, I have found that alongside the legal proscription of hate speech, there is also a set of informal rules about what you can and can’t say – the ‘you can’t say that’ moments of Swedish liberal social and cultural life.

You don’t have to be a racist or a homophobe to be shunned; you just have to voice the ‘wrong’ kind of opinions. For instance, you cannot be opposed to gay marriage, or express support for the Swedish Democrats (a far-right party equivalent to the British National Party, but with actual representatives in parliament), without being virtually excommunicated. And if you dare express scepticism about climate change, be prepared for social wrath. Your decency and your moral standing are judged by whether you hold the ‘correct’ views on feminism, on homosexuality, on race, on the environment, on the Israel-Palestine conflict. ‘Incorrect’ positions will see you cast out.

The legal impulse to shut down hateful, offensive or ‘dangerous’ speech, ideas or thoughts, so prevalent in Sweden, and the social impulse to shut out unpopular opinions, are both signs of intolerance – a socially acceptable unwillingness to engage with opinions that might grate, offend, shock, or simply be different from one’s own. To think that a society where individuals tip-toe around each other, avoiding a head-on clash of ideas, is somehow a more liberal and open society is to subscribe to the propaganda of Sweden’s official website. Lurking beneath the liberal self-image, there are very strong currents of intolerance and conformism.