We should kick all politics out of football

Anelka’s quenelle was part of a much bigger problem. 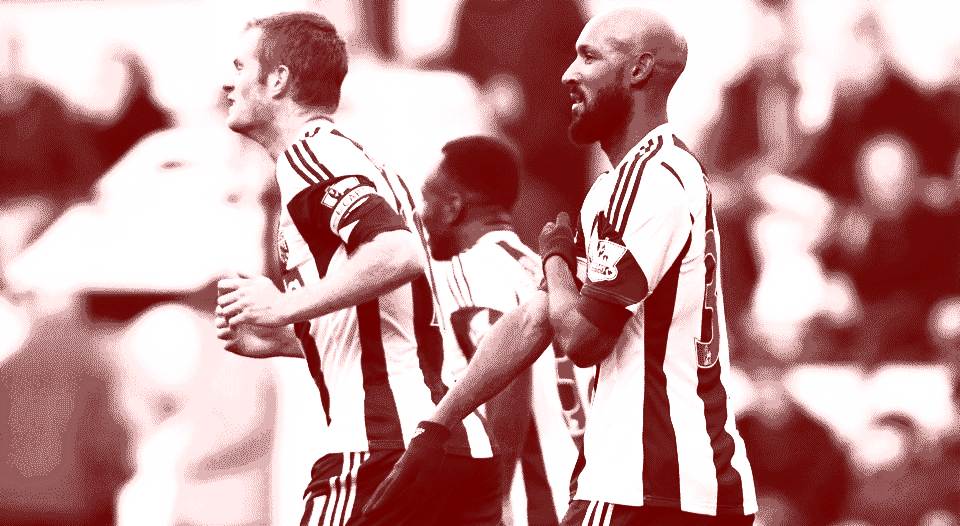 A five-match ban and a hefty fine. That’s what Nicolas Anelka received in official recognition of the anti-Semitism-infused ‘quenelle’ gesture he made having scored a goal back in December.

At this point I would normally want to defend Anelka’s freedom of speech. I may not agree with Anelka’s putative views on Zionist conspiracies, the nature of US power, and the comic quality of Dieudonné M’bala M’bala, but I’d defend his right to express them, even if it involves an odd gesture with a French name. In fact, I’d defend any footballer’s freedom of expression. I’d defend then-Liverpool striker Robbie Fowler’s decision to celebrate a goal by displaying a t-shirt with support for Liverpool’s dockers. And I’d defend Chelsea’s John Terry if he decided Stamford Bridge should finally see the huge image of the British National Party’s Nick Griffin that many broadsheet commentators seem convinced he has tattooed across his back.

But there’s something odd about all this, too, something that sticks in the craw. And it’s this: football is not really the right place for politics. Players can celebrate a goal with as much gusto, as much unbridled passion, as they want. But to use that moment as an opportunity to make a political statement about the world, be it an industrial dispute in Liverpool or the Zionist conspiracy in our midst, reeks more than a little of ‘wrong place, wrong time’.

It’s very much a recent phenomenon. Historically, the football pitch was rarely mistaken for a political platform: you never saw Dixie Dean giving Pathé News a glimpse of his Keir Hardie vest; if Tommy Lawton had strong political views he kept them away from Meadow Lane; and even footballers of a more recent, 1980s vintage kept their political views separate from their jobs, even if Emlyn Hughes and Kevin Keegan once kissed Conservative prime minister Margaret Thatcher as part of a Downing Street photo op.

But something has changed over the past 20 years or so, which has meant that footballers feel increasingly comfortable with using their job, using the football pitch, as a chance to make a public statement, as an opportunity to say something to the world that has nothing to do with football. So what changed? What emboldened footballers and turned some of them into on-pitch activists? Here we come to the nub of the matter: over the past 20 years, what has changed is that football has been increasingly politicised. It has been transformed from a largely working-class pursuit that the British establishment only touched with a policeman’s truncheon – ‘a slum sport played in slum stadiums increasingly watched by slum people’, as a Sunday Times editorial put it back in 1985 – into a so-called ‘national obsession’ with which politicians are all too desperate to associate themselves and, more importantly, to use as a means of realising political and social objectives.

In its own way, this development makes a certain decadent sense. The exhaustion of the traditional movements of both left and right in the late 1980s and early 1990s, combined with political institutions’ loss of authority, has left the British political elite more than a little isolated. Confronted with their own distance from those they rely on for legitimacy and authority – that is, their traditional social constituencies – politicians began to seek out alternative ways to ‘engage’ or ‘connect’ with a new, mass constituency. This is why football, which was then undergoing its own transformation, thanks in part to new television deals, became so important to politicians. This most popular of all British pastimes now appeared to them as a way into people’s hearts and minds. Football could do what traditional political institutions were struggling to do: it could appeal to people; it could even lend politicians the aura of something that approximated popular consent.

During the 1990s, each of the three mainstream parties seemed determined to outdo each other in the football-loving stakes. New Labour was often the victor. Indeed, it was Labour which, in 1995, produced the first-ever specific policy on the game, in the form of its so-called ‘Charter for Football’, complete with outlines for a ‘football taskforce’ to deal with ticket pricing, etc. But football wasn’t just a way to pick up the fans’ vote; it was also becoming a means to advance policy objectives. So in 1997, the then recently elected Labour government launched something called ‘Playing for Success’, an educational scheme which used football’s ‘sporting stars and the facilities around them’ to engage underachieving kids. That was not all. In the same year, the Department for Culture, Media and Sport produced a report on the role art and sport can play in tackling ‘social exclusion’, in which it was claimed that football could ‘provide powerful positive role models for those living in deprived neighbourhoods’. As absurd it might have sounded in the 1980s, football was now being increasingly called upon to do the state’s work, be it improving levels of educational attainment or addressing social problems.

It was at this moment, with football’s unprecedented levels of popularity being more than matched by an unprecedented level of political interest, that it became a vehicle for various ‘good’ causes, especially that of the official anti-racism industry. So Kick It Out was established as a campaign with the brand name ‘Let’s Kick Racism Out of Football’ in 1993, and then as an organisation proper in 1997; the anti-racism educational charity Show Racism the Red Card was established in January 1996; and Football Unites, Racism Divides, an organisation which ‘utilises the high-profile status of football and football players to help tackle racism in society’, was set up in 1995. What’s interesting about the emergence of these various campaign groups is that it occurs at a moment when racism is arguably less of a problem than it’s ever been. But then it wasn’t really the existence of racism in football that was the spur here. Rather, it was the fact that football, due to the sociopolitical context of the early 1990s, was increasingly being seen as a potential political and social instrument, a tool for engaging with and educating the masses.

If football was increasingly being called upon to step into the moral and political breach, to fill the gap where traditional sources of political authority used to be, then it’s hardly a surprise that at the same time professional footballers began their metamorphosis from sporting heroes into quasi-priests or, to use the more familiar jargon, ‘role models’.

They were no longer there just to perform on the pitch (and have fun off it) – they were now there to perform a social and moral function, too (and definitely not be seen to have fun). There are countless examples of footballers being simultaneously empowered and exploited in this way. In 2004, for instance, Mary Bousted, then head of the Association of Teachers and Lecturers, announced that ‘David Beckham shows boys that it’s okay not to be tough all the time’. Still more absurd was then home secretary John Reid’s decision in 2007 to stage a high-profile meeting to discuss how best to tackle inner-city deprivation with… Manchester United central defender Rio Ferdinand. It was a desperate, but revealing act – a British home secretary felt that he commanded less political authority than a footballer. Given the heightened status of footballers – and showing that this is not just a British problem – it should perhaps not be a surprise that last year Pope Francis – a man who ought to know a little about authority, given his proximity to God – told a group of Italian and Argentinean internationals that ‘you are role models for better or for worse. Take advantage of this to sow goodness.’

So, with the politicisation of football has come the politicisation of footballers themselves. They have been elevated by a political class in search of a social constituency into unusually influential and powerful individuals. They have been emboldened and inspired. They have been told repeatedly by those actually in power that they have a great responsibility, that they have an important social and moral function, that they are role models. And it’s this process, this politicisation of football and its corollary, the politicisation of footballers, that has created a situation where something as gloriously inconsequential as a goal celebration can be seen as a political opportunity – to bear a ‘Kick It Out’ t-shirt, or to point ostentatiously to a pair of gay-rights-supporting rainbow laces. And that’s where the irony to the furore over Anelka’s quenelle lies. He is being vilified for making a supposedly political gesture by the very people who politicised football – the politicians, the anti-racism campaigners, and the retinue of sanctimonious snobs-cum-broadsheet football pundits. This desperate crew, terrified by their own aloofness, their own distance from the people who watch football, have spent the previous two decades transforming the beautiful game into a political instrument. And then, when a footballer decides to use football for, er, vague political purposes, he is condemned by the very same high and mighty coterie who kicked the politics into football in the first place.

So, no, I don’t think Anelka should be using a goal against West Ham as an occasion to trumpet his support for a bone-headed anti-Semitic comedian. But then, I don’t think football is the best place for politics full stop. Because that’s the real problem here. Football has been too politicised, too instrumentalised, for too long. It’s time to kick all politics out of football and allow the beautiful game to speak for itself.