Students in East Asia may be great at passing exams, but that doesn't mean their schooling is better. 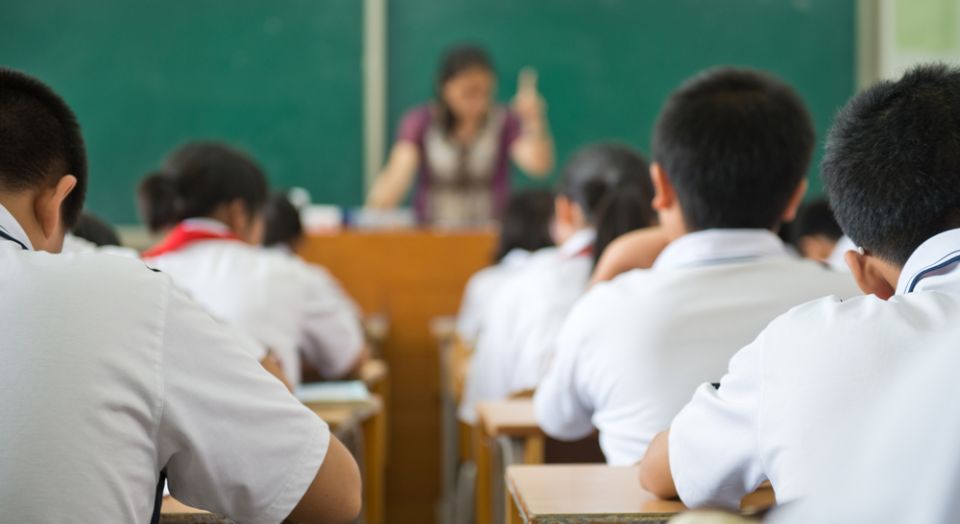 Recent statistics from the Organisation for Economic Co-operation and Development (OECD) suggest that the West should be worried about the educational achievements of Asian students. We already knew that the UK ranked twenty-sixth for maths, twenty-third for reading and twenty-first for science in the latest Programme for International Student Assessment (PISA) league tables. Last month, however, it emerged that, in Britain and the United States, even the offspring of professionals are letting us down: apparently they’re being outperformed in exams by the children of factory workers and cleaners in parts of the Far East.

For the right, at least since Thatcher and Reagan, halting the progress of national decline of countries in the West has often been a powerful motivating narrative. In Britain, the current coalition government’s Conservative education secretary, Michael Gove, frequently appears to conduct policy as a form of warfare against his ideological opponents; but at least you know where he stands on this declining standards stuff. He believes the soft liberal emphases of prevalent teaching models must be purged, that we must overcome our aversion to ‘passing on knowledge’, aka rote learning, and that children need pushing a bit harder. In short, we need to copy how the Chinese and the Singaporeans do things – or else Britain’s economic competitiveness will be increasingly blunted.

Supposing Gove’s assumptions are all correct and our future prosperity depends on pupils performing better in core tests, then what next? Gove’s underling at the Department for Education, Liz Truss, recently led a delegation of English headteachers to China on a ‘fact-finding’ mission. But Gove and Truss would be wise not to assume that China offers a panacea for the UK’s educational woes.

Pupils in China and other East Asian countries do seem to perform well in exams. It’s no accident, because they tend to start practising at an early age. In Hong Kong, for example, formal exams kick in at the outset of primary school. By secondary school, private tutors are viewed almost as compulsory if you want to keep up with your classmates: a University of Hong Kong survey last year found that 54 per cent of third-form students (age 14) and 72 per cent of sixth-form students go for extra tuition after school.

In China, the average school pupil nowadays spends five hours per day more in school than his or her American counterpart, but such cramming has precedents in China. The imperial civil service exams, or keju, taken by teenagers for some 1,300 years, lasted several days and covered everything from arithmetic to horsemanship and the writing out of lengthy quotations from Confucian classics. Their modern equivalent is the gaokao, the national university entrance exam. In recent years, an estimated 10million or so candidates have competed annually for around six million spots at Chinese universities. Every year, Chinese newspapers fill up with tales of exam-time suicides. In 2012, it was reported that a school in Hubei province had hooked up gaokao hopefuls to intravenous drips while they studied – to save them the distraction of nourishing themselves.

But many in China – and in places such as Hong Kong, Taiwan and Singapore – believe their sons and daughters will find themselves better jobs at home if they have a degree from overseas. In the 2011-2012 academic year, there were 194,029 Chinese students studying in the US, accounting for 25 per cent of all foreign students in the country. The bill, for tuition and fees alone, can run to $200,000 per student, over four years. But here’s the thing: it would be wrong to assume that it is only the wealthy in Asia who are prepared to spend big on their children’s education. According to the Chinese Academy of Social Sciences, a third of Chinese students studying abroad in 2010 were from working-class families. Research indicates high levels of consumer expenditure on education, across all income brackets, in China, South Korea, Taiwan, Hong Kong and Singapore, and reports abound of parents selling their homes, grandparents forgoing retirement, and household debt soaring to fund junior’s advancement.

It is hard not to be a little awed by that level of sacrifice, even if many in the West find it somehow anathema. But the pertinent question must be this: what does it avail the debtors? Well, here’s another statistic: 25 per cent of Chinese Ivy League entrants drop out. And the reasons? According to university officials quoted by the Wall Street Journal last year, many Chinese students, accustomed to an education system that rewards rote memorisation and exam training, find it difficult to adapt to the Ivy League’s liberal-arts bias, which exalts analytical and critical thinking.

The WSJ’s report added: ‘Students are sometimes forced to choose between working hard to assimilate culturally and keeping their grades up, a failure to be college-ready that could be linked to the large number of falsified application documents.’ The newspaper then cited a study by Zinch China, a consulting group that advises American colleges, claiming an estimated 90 per cent of Chinese applicants’ recommendation letters are fake, 70 per cent of their essays are written by someone else and 50 per cent of their high-school transcripts are manipulated.

Yet, according to the Daily Telegraph, Truss’s visit to China ‘could lead to [English] schools adopting Chinese-style tactics, such as more evening classes and eliminating time-wasting between lessons to boost performance in key subjects’. The Telegraph also quoted her as saying Britain should learn from Chinese schools’ ‘positive philosophy’. It seems unlikely, then, that she will have returned armed with a dossier on falsified transcripts.

But it doesn’t take much digging to corroborate some of Zinch China’s claims. I spoke to school teachers on international programmes at prestigious high schools in Shenzhen, who confirmed that the inflation of subject grades by schools is common practice and unmonitored by overseas admissions authorities. The focus for schools trying to help pupils gain admission to American institutions is on preparing them for the US college admissions exam, the Scholastic Assessment Test (SAT), which consists primarily of sections on critical reading, mathematics and writing. Scholastic transcripts are included in college applications, but there’s no way of checking that they give a true reflection of a candidate’s actual attainment.

What is also clear is that the pressure to gain admission to lofty seats of learning is not coming from young people themselves, nor even the Chinese state, but rather from those funnelling the cash: Chinese parents. Correspondingly, it seems unlikely they will accede to the government’s proposed phasing out of exams before the age of nine and written homework before the age 12. Similar softening measures have been ignored in South Korea. In Hong Kong, a 2012 study found a third of students aged between 12 and 17 were depressed. It’s a wild guess, but parental pressure and expectation from early years might be factors.

Let us, by all means, marvel at how China, in particular, has pulled off what Niall Ferguson called the ‘great reconvergence’. Let us even try to emulate aspects of the East’s success. But for heaven’s sake, let’s not persuade ourselves that Western education is in such a state that copying Chinese models will fix it.

Kenny Hodgart is a Scottish journalist based in Hong Kong where he works for the South China Morning Post. He has previously written for the Glasgow Herald, The Times, Tatler and others. Visit his personal website here. Follow him on Twitter: @hodgartkenny