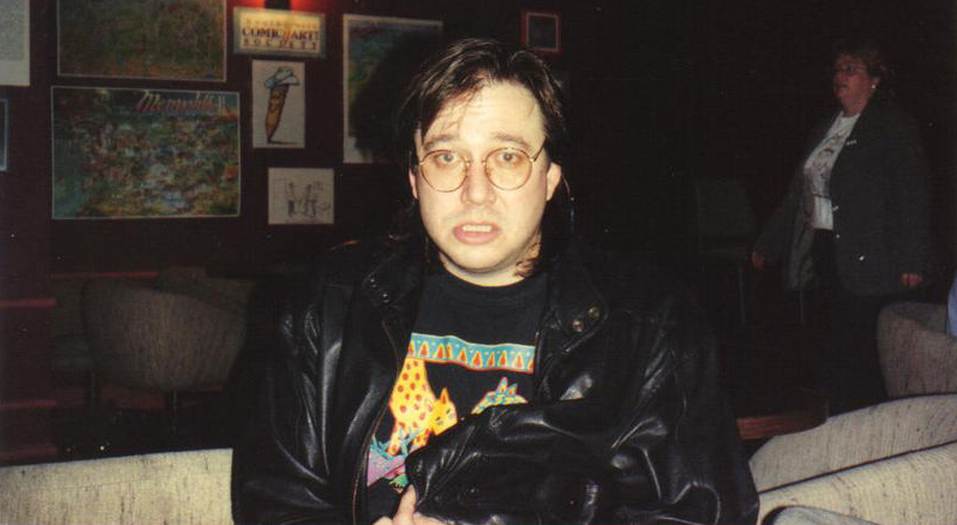 ‘Hicks was an artist, and the medium he chose to express his message happened to be jokes. Hicks did to comedy what Dylan did to pop music; he took something that was looked down upon as a low artform and took it so seriously, put so much of his spirit into it, that he turned it into an effective vehicle for the Truth.’

Wednesday marked the twentieth anniversary of the death of Bill Hicks. More than just about any other comedian, Hicks retains a cult – even cultish – following, as the quote above from a Guardian reader testifies. The trouble was that far from being a purveyor of The Truth (whatever the hell that is), Hicks was preaching to the prejudices of his audience, delivering sarcastic commonplaces while being, for the most part, resolutely unfunny.

Of course, humour really is a matter of taste. What one person thinks is hilarious may leave another person cold. (The continued popularity of Miranda Hart is a case in point, in my humble opinion.) Yet as one commentator has noted, fans of Hicks tend not to mention how funny he was. They like to talk about how he cut through the ‘bullshit’ to tell it how it was, barely bothering with humour. That’s because he was, for the most part, a ranting barroom bore.

His acts were just one angry lecture about the stupidity of just about everything: Christians, rednecks, corporations, single mothers, Republicans. If you work in marketing, you should just ‘kill yourself’. Rednecks ask stupid questions about the purpose of reading. Trailer-trash single moms just shit out babies whose fathers they can barely remember. This poisonous worldview would be just as much at home in the pages of the Daily Mail as in any radical publication. It makes Richard Littlejohn look like a mild-mannered liberal.

His excoriation of the first Iraq war is just trite rather than rich in laser-sharp insight. Even his libertarianism comes across more as a brattish dickyfit of individualism than any useful defence of individual rights. ‘Here is my final point, about drugs, alcohol, pornography, whatever that is. What business of yours is it as long as I don’t harm another human being? What business is it of yours what I buy, read, shoot or do to myself? What business is it of yours? Let me answer the question for you, in case you’re having a little moral conflict in your head. NONE of your fucking business!’

Sometimes it seems Hicks is less interested in trying to enlighten or persuade his audience as he is pissing on them from a height. As such, Hicks was an utterly conservative figure. You can’t change the world, people are just ‘sheep people’ – with full-time jobs, the morons! – so leave me be to smoke and drink myself to death.

Instead of shouting at the traffic, he shouted at audiences. When someone once dared to heckle him, he launched into this joyous vomit of rage: ‘Hitler had the right idea. He was just an underachiever. Kill ’em all Adolf, all of ’em – Jew, Mexican, American, White – kill ’em all! Start over, the experiment didn’t work! Rain – 40 days please, fuckin’ rain and wash these turds off my fuckin’ life – wash these human waste of flesh and bones off this planet. I pray to you God to kill these fuckin’ people.’ The only difference between Hicks and anti-Semitic French comic Dieudonné is that Dieudonné only seems to hate some people; Hicks hated the world.

His lighter moments – like his line about life just being a ride and it’s so much better when you realise that – are New Age hocus-pocus that suggest he smoked way too much pot and that the rest of us would be better off just giving up caring about the world.

Still, the life and work of a Texan comedian who died in 1994 is hardly worth bothering about. It’s the cult of Bill Hicks that is more worrying because that popularity says something about the times we live in. That misanthropic, fuck-it-all, conspiratorial outlook is there in spades in almost every kind of political debate today. Occupy was all about the ‘1%’ screwing us over. Public-health campaigners swear that big corporations are all out to kill us for a quick buck. Deep greens no doubt agree with the sentiment that human beings are just ‘turds’ and pray for the day when some almighty flood washes ‘these human waste of flesh and bones off the planet’.

The ‘truth’ is that if Hicks has had an influence on comedy, it has been an entirely negative one. Five years ago, in a feature on Hicks’ influence, Irish comedian Dara Ó Briain put it well: ‘I’ve always had a problem with the hagiography that surrounds Bill Hicks. Creating an icon in an industry that is essentially iconoclastic – the whole point is to avoid worshipping anyone. Instead, Bill Hicks has become the poster boy for a rock-journalism view of comedy, one that thinks that the only decent comedy is a very angry kind. Which is absolute nonsense and has become a complete cliché in the industry.’

Still, if the anniversary of Hicks’ death has had one silver lining, it is right there in the Guardian article mentioned at the start. It features two ‘unseen’ clips of Hicks in full flow. Both are preceded by adverts – for hot chocolate, for vacuum cleaners, for whatever advert has been deemed by some Google algorithm to be most suitable to the local market. Ah yes, Bill, you’ve become the vehicle for marketing. If you were alive today, you’d have to kill yourself.