Egypt: the coup the world forgot

The shallowness of Western politicians’ commitment to democracy lies exposed. 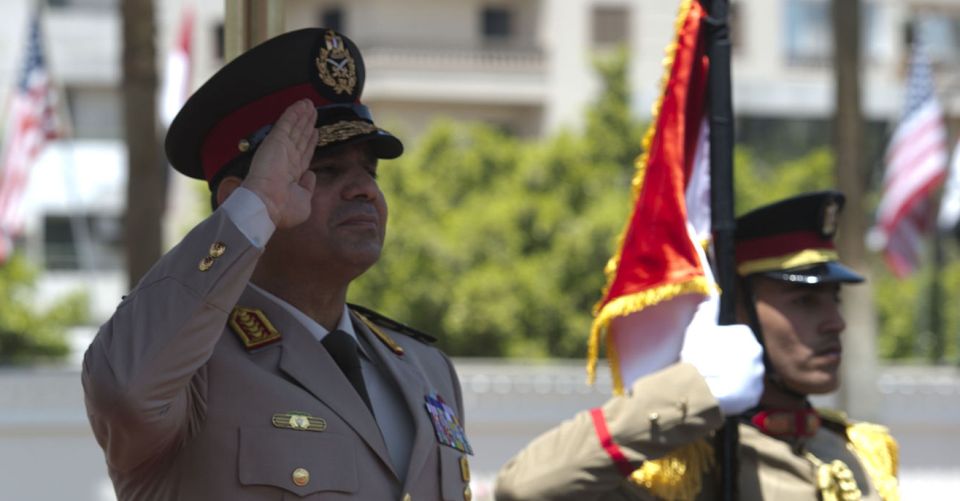 What has happened in Egypt over the past seven months ought to chill the democratic blood. It ought to command the attention of anyone who claims to care about defending freedom.

Think back to 3 July 2013: the Egyptian military, under the leadership of General Abdel Fattah al-Sisi, deposed the Egyptian president, Mohammed Morsi. Despite the reluctance of Western politicians to use the phrase at the time, this was a coup d’état.

Morsi, a leading member of the conservative Muslim Brotherhood and chairman of its political wing, the Freedom and Justice Party, had become, just over a year earlier, Egypt’s first-ever democratically elected head of state, winning 52 per cent of the vote. This ought to have been a historical moment to savour; this ought to have been the time when Egyptians began finally to enjoy some of the democratic freedom we have long exercised in the West; this ought to have been the time to bid an unfond farewell to the years of Hosni Mubarak’s military dictatorship. But in July last year, just like that, it was over: the democratic flame had been extinguished.

After a few days of unrest in Cairo’s Tahrir Square, during which anti-government protesters expressed their anger at Morsi’s Islamist tendencies and economic inaction, the army, the tanks and the jets moved in, and switched the whole thing off. Over the following weeks, as supporters of Morsi rallied and set up protest camps in and around Cairo, al-Sisi’s ‘interim’ government declared a state of emergency and began a crackdown on the protesters. By the end of August, the beatings and killings served up by the army, alongside the revived, reviled secret police, had enforced some semblance of order.

As the months have passed, General al-Sisi has furnished this naked display of might with the veneer of right. In September, the Cairo Court for Urgent Matters banned the Muslim Brotherhood, the political and religious movement that, just a few months earlier, had formed the basis for Egypt’s first-ever democratically elected power; the arrest, torture and killing of Morsi supporters now had a legal sanction. And Morsi himself – alongside many of the Brotherhood’s leading figures – was left potentially facing the death penalty on trumped-up charges.

And then, in late 2013, al-Sisi published a new constitution for the Egyptian state, drawn up by a 50-strong committee of coup supporters. Unsurprisingly, it preserved the military’s privileged position, guaranteeing the secrecy of its budget, permitting it to try civilians in military courts, and stipulating that, for the next eight years, Egypt’s defence minister must be approved by the military.

When the new constitution was put to the Egyptian electorate last week in a referendum, over 98 per cent voted in favour. Given the palpable absence of a ‘no’ campaign, the outlawing of political opposition, and the deployment of 160,000 soldiers and 200,000 policemen to ‘oversee’ voting, the fact that al-Sisi won was less a democratic triumph than a fait accompli. Indeed, it has since emerged that over 60 per cent of the electorate either didn’t vote or refused to vote. Not that al-Sisi seems to care. With his uniformed image adorning everything from cupcakes to pyjamas, and his each and every public appearance prompting a carefully managed wave of euphoria from the select throng of supporters, al-Sisi is now said to be considering whether to do what his handpicked public is demanding and stand for president. His opponents, meanwhile, both secular and Muslim Brotherhood, continue to be rounded up and thrown in jail.

Yet where is the international outrage? Where are the leaders of the nominally free world issuing sharply worded condemnations of this authoritarian turn? If this was Zimbabwe, with Robert Mugabe beating and rigging his way to near unanimous electoral victories, no doubt Britain’s foreign secretary William Hague would be pontificating from on high. If this was Colonel Gadaffi’s Libya, no doubt the self-righteous guffawing from the White House would have been audible in Tripoli.

But this is not Libya or Zimbabwe or one of those other easy stages for Western political posturing. This is Egypt, a place where the hypocrisy and double standards of Western leaders and the political punditariat lay so shamelessly exposed last summer. The problem, in short, is that despite the likes of the US president, Barack Obama, or the great and the good of the EU, seemingly championing the striving for freedom evident during the Arab Spring, as soon as the Egyptian people began to realise that freedom, and voted for what were perceived to be the wrong guys, the less-than-PC Muslim Brotherhood, the cheerleading from the West ceased. In its place was a willingness to approve the overthrowing of a democratically elected government on the basis that the Egyptian people had proved their immaturity, their inability to exercise their democratic rights correctly.

Little wonder, then, that the military coup was given such prominent international backing right from the start: it was seen as a necessary correction to a democratic error, a righting of the Egyptian people’s mistake. The US secretary of state, John Kerry, even went so far as to call General al-Sisi’s military government a regime for ‘restoring democracy’. And Baroness Ashton, the EU’s foreign affairs chief, spent much of last year meeting with al-Sisi and praising him for continuing on the ‘journey [towards] a stable, prosperous and democratic Egypt’.

That support, that moral bolstering of al-Sisi’s military dictatorship, has continued throughout the crackdown, throughout the transformation of Egypt into something that looks very much like an autocracy – indeed, something that looks very much like Mubarak’s regime. So in November, amid the arrests and the passing of oppressive anti-protest laws, Kerry said that the ‘road map’ to democracy was ‘being carried out to the best of our perception’. There are none so blind, it seems, as those who see only what they want. Last week, speaking of a referendum so biased that even North Korea’s erstwhile dictator Kim Jong-il would have blushed, Kerry continued in his mission to twist reality in accordance with his prejudices: ‘[General al-Sisi’s] government has committed repeatedly to a transition process that expands democratic rights and leads to a civilian-led, inclusive government through free and fair elections.’ While Kerry was tying himself in knots, Ashton seemed content to praise ‘the Egyptian people and the authorities responsible for organising the vote in a largely orderly manner’. Orderly is one way of describing the pre-emptive arrest of opposition activists.

As for the broadsheet supporters of the Arab Spring, and later the military coup, their position seems to have become a little more critical. So having praised the military for bringing down an elected government and, in the words of the New York Times columnist David Brooks, pointing out that Morsi’s election showed that the Egyptian people ‘lack the mental equipment to govern’, many pundits have changed their tune. The news that ‘the military-backed government has shifted its attention to secular activists’ and that ‘the most genuine and committed supporters of a secular liberal order in Egypt [are now] sitting in Cairo’s Tora prison’ has led to a growing willingness to point out that Emperor al-Sisi is wearing dictator’s clothes.

But again, the double standards are still at work. It’s striking that it is only since the Egyptian authorities started arresting the secular, liberal-ish activists Westerners approve of – the likes of Ahmed Maher, Mohammed Adel, Ahmed Douma and Alaa Abdel Fattah – that al-Sisi’s regime has started to look like the authoritarian military dictatorship it always was. When it was massacring Muslim Brotherhood supporters, when it was rounding up and arresting supporters of Morsi, those currently up in arms about the crackdown on secular types could barely raise an eyebrow, let alone lift a pen in condemnation.

So, yes, what has happened in Egypt ought to chill us. It ought to command the attention of anyone who cares about defending freedom, even if – no, especially if – it’s the freedom of those like the Muslim Brotherhood we might not like. Yet so superficial and so selective is the democratic commitment of Western pundits and politicians, so illiberal and freedom-doubting are their basic impulses, that what has happened in Egypt has barely been recognised for the oppressive military coup d’état that it is. It seems that democracy for these one-time champions of the Arab Spring has nothing to do with freedom, the chance for people to determine collectively their own future. Rather, it is seen as little more than a means to what Western leaders and media supporters hoped would be the right end. And if they don’t like the end, if they don’t like who the Egyptians vote for, then, just like a tap, their support for democracy can be turned off.