Hayley Cropper and the fiction of assisted suicide

The reality of assisted suicide bears little relation to the image promoted by its supporters. 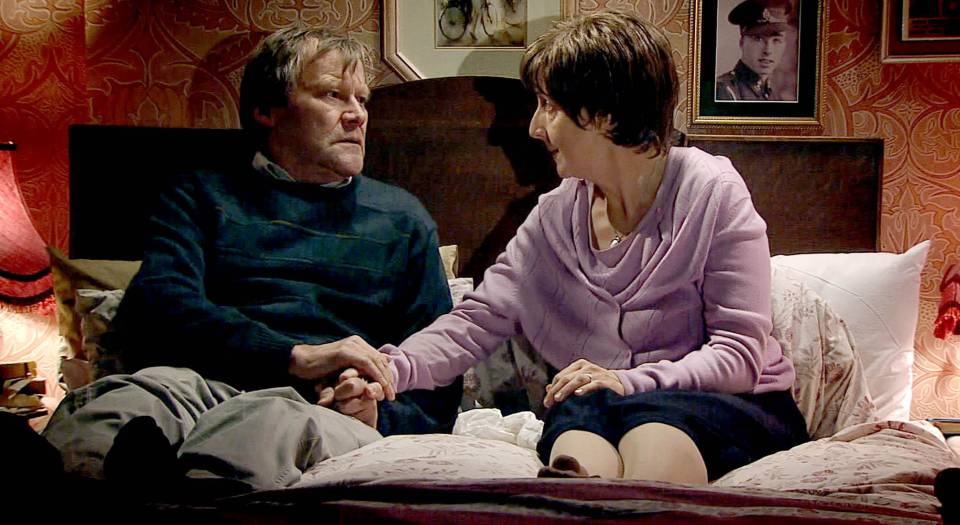 Many a soap-opera storyline has created a news story in itself. So it was in the case of Hayley Cropper, a character on a British soap, Coronation Street. News of what happens to Hayley, in an episode to be shown tonight, created a furore when the press release for the story went out last Tuesday. The dilemma for the writers was how to kill off a character who had been a mainstay of the programme since 1998, when she was introduced as the first transsexual character. The answer, provided by producer Stuart Blackburn, was to have the character dying of pancreatic cancer, but finishing herself off with a cocktail of drugs in an on-screen suicide.

Julie Hesmondhalgh, the actor who plays Hayley, called for a discussion on legalising assisted suicide. She was backed by Sara Wootton, chief executive of Dignity in Dying, who praised the show’s ‘sensible and sensitive handling of assisted dying’. Lord Falconer, whose Assisted Dying Bill will be introduced in the House of Lords in the coming months, penned an article in the Sun. The Sun’s editorial called for a change in the law and the newspaper published the results of a poll indicating that 69 per cent of Britons support the legalisation of assisted suicide for the terminally ill.

On the other hand, the Samaritans, a group that provides counselling to those feeling suicidal, warned that television programmes show suicide as too easy and that the Coronation Street story might lead to copycat suicides. Alistair Thompson of Care Not Killing, which opposes euthanasia and supports palliative care, agreed that the programme promoted suicide. ‘They should have focused on the amazing work done in hospices and hospital wards across the country’, he said.

It is difficult not to suspect – despite the even-handedness of the treatment of the issue (the character’s on-screen husband, Roy Cropper, opposes Hayley’s decision) – that the programme is part of the well-funded campaign to legalise assisted suicide. Stuart Blackburn had previously explored the same issue while at a rival soap, Emmerdale. (He perhaps risks becoming the Jack Kevorkian of the soap world.) Hesmondhalgh was forthright about her support for a change in the law in several interviews, and many journalists seem poised to call again for the legalisation of assisted suicide.

But it is entirely appropriate that a fictional plotline is used to promote legalising assisted suicide. The reason that so many people wish to have the ‘right to die’ is based on the morbid imagination of the ‘worried well’, traded on so effectively by right-to-die campaigners. ‘What if it happened to YOU…?’ is the plotline of Dignity in Dying and other organisations that campaign for legalised assisted suicide.

The stories these organisation promote are often heartbreaking tales of real people faced with awful circumstances. But the image of being trapped in a body wracked with pain is false. Pain does not even feature in the top five reasons why people opt for an assisted death in areas where it is legal. The top three reasons given are loss of autonomy, loss of enjoyment of life, and loss of dignity.

Moreover, how many of the 70 per cent who support a change in the law would exercise the ‘right’ to die, if it were legal? In the US states of Oregon and Washington, where assisted suicide is legal, less than two per cent of those who qualify for it go through with it. Not even the most prominent campaigners for a right to die choose to exercise it, opting instead to hang on to what little life is left.

This explains the wide disparity of opinions on legalisation between the general public, who are generally supportive, and those who have some experience of death – like those in the hospice movement, doctors and other medical professionals – of whom a majority are against a change in the law.

There is another dimension to Corrie’s storyline: it is a suicide, not an assisted suicide. If Hayley’s death were arranged under legal auspices, it would not be a quiet, personal moment. Instead, it would have to feature paperwork, mandatory counselling, psychiatric reports, visits by doctors and lawyers; rather than an intimate final scene, there might have to be lawyers and social workers present, too. As one of the more intelligent articles on the debate about Hayley Cropper’s death noted: ‘Life, though, is usually not so straightforward as Coronation Street would have it be.’