Marijuana and the myth of libertarian America

The new pro-dope consensus is more authoritarian than liberal. 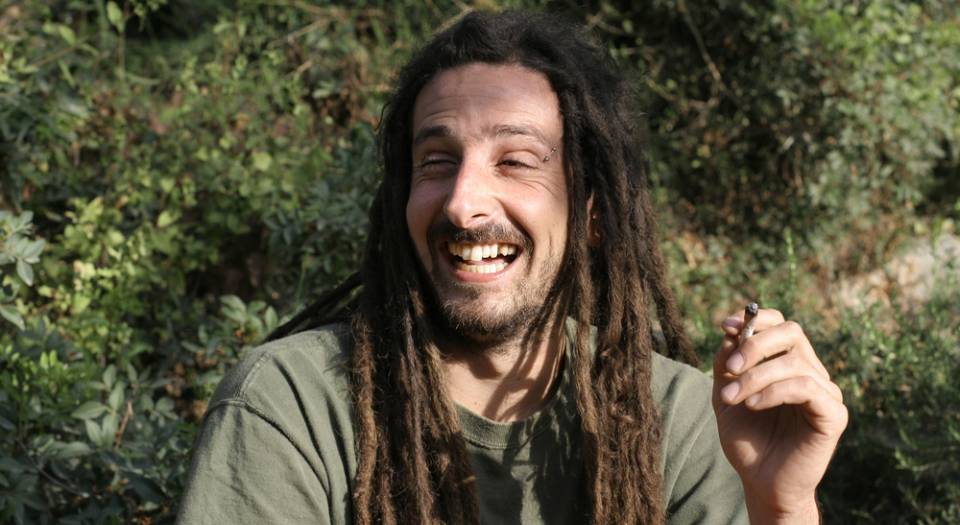 On New Year’s Day, Colorado became the first US state to legalise the sale of marijuana. It’s quite remarkable when you consider that restrictions on the sale of this drug have been in place since the early seventeenth century, and specific prohibitions were introduced in the 1920s. Even the increase in pot use among the suburban middle classes that took off during the hippy era of the 1960s had not been enough to remove the laws from the books – until today.

Not that long ago, the issue of marijuana legalisation was very far from the national political radar, and yet now some are predicting it will spread from Colorado across the country, creating one big ‘new Amsterdam’ (actually, Colorado’s law is much more liberal than Amsterdam’s).

Overwhelmingly, US media reported positively on the opening of marijuana shops in Colorado, with TV reporters adopting a giggling ‘wow, can you believe this?’ tone as they interviewed weed buyers. CNN delved into the finer details for potential connoisseurs, highlighting the ‘merlot of pot’ among other varieties peddled by ‘budtenders’ in the stores. The response seemed to indicate that there had been more than a change in the law: it appeared to signal the beginning of the end of a social stigma on pot, and even a new celebration of its use. And looking beyond Colorado, some claimed the legalisation of marijuana – combined with the introduction of gay marriage in some states and various other recent changes – shows that a new ‘socially liberal’ or ‘libertarian’ America is emerging.

As someone who is generally in favour of legalising marijuana, I am probably expected to cheer Colorado’s move as a great step forward. But I won’t. It is hard to be supportive when the drive towards dope legalisation has little to do with increasing personal freedom and bettering society. And let us not forget that many of the same people who cheer the legalisation of marijuana and praise the arrival of ‘liberal’ or ‘libertarian’ America are actually taking this country in a more restrictive, illiberal direction in other areas of life.

An early sign that pot legalisation was not paving the way for more tolerance and understanding was the way political pundits discussed the Colorado experiment. Perhaps surprisingly, there has been fairly broad support in favour of legalisation of marijuana – it is one of very few issues that has brought together Salon and National Review, for example. But that consensus translated into the majority smacking down the few who dared to question whether marijuana and its legalisation are actually good things.

Speaking about Colorado on his Morning Joe TV show, Joe Scarborough said ‘pot just makes you dumb’. For offering this opinion based on his experiences growing up, he was greeted with a barrage of criticism that labelled him a ‘racist, a supporter of America’s failed drug wars, and a mindless puritanical dweeb’. In separate op-eds, Ruth Marcus and David Brooks raised concerns about legalisation and defended prohibition, and were subsequently hit with an avalanche of denunciations and ridicule. Marcus and Brooks were ‘perfect parodies of clueless Acela pundits’, said one observer, or ‘two squares’ engaged in ‘cultural warfare’, according to another.

Now, I like a robust polemic. But the response in this instance was over the top. It was not only the sheer number of pundits who felt compelled to rebut Marcus and Brooks immediately (I counted at least 10), but their zeal and shrillness. I can’t recall so many pundits getting so worked up about any other recent issue. The tone was one of exasperation at anyone who failed to see how obvious the case for legalisation was, and amazement that individuals would dare challenge the new consensus.

What was even more telling was the argument for legalisation that was used against Brooks. In identikit fashion, nearly all the Brooks-bashers relied on the same statistic from a recent American Civil Liberties Union report: that ‘a black person is almost four times more likely to be arrested for possession than a white person, despite the fact that blacks and whites use marijuana at similar rates’. From this standpoint, the general conclusion was that Brooks and others are blind to their white privilege.

The fact of harsher treatment of black people is a disgrace, but, as it happens, it’s not such a great argument for legalisation. One might conclude from the situation that blacks face that policing should change – either whites should be treated more punitively, or blacks should be treated more leniently. The ACLU statistic might also support a call to decriminalise pot (that is, remove criminal penalties) but not necessarily a call to legalise it fully.

Most revealingly, the most basic argument in favour of legalisation was typically overlooked by those ready to pounce on Marcus and Brooks: personal freedom. Very little, if anything, was said about people determining for themselves whether or not to use marijuana, or about the inherent problems associated with government paternalism. Instead, it was all about unfairness and unwitting racism.

If the storm in an internet teacup over Brooks et al was one indication of intolerance, other arguments offered in support of legalisation confirm that there is no liberating impulse behind the pro-dope trend.

Indeed, the discussion has become not so much about the pros and cons of legalisation per se, but rather about why marijuana in itself is a Good Thing. Proponents of legalisation emphasise the supposedly advantageous aspects of weed, such as it allegedly being a source of creativity, a way to de-stress, and a provider of certain medical benefits. That’s why there was such outrage over Scarborough’s comment that ‘pot just makes you dumb’ – he was challenging the new view that marijuana is inherently positive. The fact that Scarborough was not commenting on the merits of legalisation itself went largely unnoticed.

Those in favour of legalisation often compare marijuana with alcohol. In one respect, they do this simply to highlight the contradictory treatment (pot prohibited, drink allowed) of two products that are considered by many to be more alike than not. However, over time this has morphed into using marijuana as a stick to berate those who prefer alcohol. We’re told how marijuana ‘inflicts far less harm than alcohol’, or is ‘somewhat less dangerous than heavy drinking, as it neuters the violent instinct’. In this, the biases of the pro-marijuana crowd come out, as it is mainly a way for the pot-smoking upper middle classes to chide the alcohol-drinking working class. Wouldn’t the country be a far more pleasant place if those young men in the flyover regions switched to weed and learned to chillax!

When you get down to it, many liberals have welcomed liberalisation simply because they have a favourable view of marijuana. I don’t have a problem with occasional weed smoking, but this reason isn’t evidence of tolerance or of being liberal. It’s about getting one’s own group’s preferences recognised by society and the law. It’s similar to the liberals who argue that speech has never been freer than today: sure, they may not face many restrictions on espousing their views, but Paula Dean and Phil from Duck Dynasty would probably have a different perspective.

Moreover, it is a myth that the US is becoming ‘libertarian’ – the number of restrictions on personal behaviour is increasing, not decreasing. At the same time as marijuana is being legalised in Colorado, cities are banning e-cigarettes for no rational reason. The newly ‘liberal’ America says it’s cool to smoke marijuana but then demonises those who eat a McDonald’s hamburger or drink a Big Gulp soda. Many of the same people who are posing as liberty’s champions over marijuana are the same ones who are leading the charge when it comes to bans, limits and nudges on tobacco, soda, school lunches, and so on. When Brooks argues for a government nudge against marijuana use (‘in healthy societies government wants to subtly tip the scale to favour temperate, prudent, self-governing citizenship’), he is being more consistent than his critics, who would support government restrictions in many areas, just not when it comes to marijuana.

In today’s circumstances, the legalisation of marijuana runs the risk of increasing the heavy use of marijuana, in particular among younger people. The opponents of legalisation are generally right to worry about this, and those in favour of legalisation seem afraid to admit it lest it weaken their case. There is no point in pretending legalisation would all be one groovy party. But the point is that the risk of making social problems worse does not justify government prohibition. Not only do government bans encroach on individual freedoms – they also get in the way of people acting responsibly to do the right thing by themselves and for others. Brooks may want the government to create a positive ‘moral ecology’, but when the state denies our right to choose for ourselves, we are no longer moral agents.

I’d love to celebrate a victory for ‘libertarian America’, but my champagne (and any other substance) will remain on ice until we get rid of the newer restrictions, bans and nudges that are being introduced every day without much protest. In other words, until we ditch this attitude of ‘freedom for me, not thee’.