The killing of Mark Duggan: not a rerun of the Eighties

Why it's wrong to compare Duggan’s death to racist police brutality of the past. 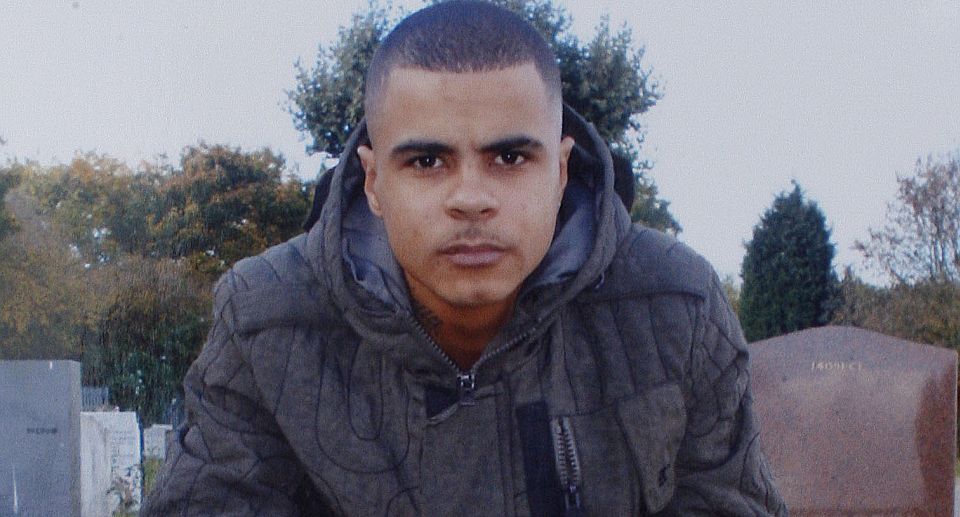 This week, a jury at the Royal Courts of Justice in London ruled that Mark Duggan was lawfully killed by police on 4 August 2011. His killing on a street in Tottenham in London, while alighting from a mini-cab that had been encircled by police cars, was seen by many as an act of police brutality and the catalyst for the 2011 English summer riots.

A gathering of what seemed to be mostly white, middle-class demonstrators appeared alongside Duggan’s family outside the Royal Courts of Justice to hear the verdict. After it was delivered, there were reports of the jury being chased from the court. When a police chief delivered a statement about the verdict, and why it was the right one, the demonstrators drowned him out by chanting ‘Murderer!’ and ‘No justice, no peace’.

Many in the mainstream media have joined in with the denouncement of the outcome of this court case. Some have echoed the description of the verdict given by Duggan’s family: that it was ‘perverse’. Labour MP Diane Abbott took to Twitter to say she was ‘baffled’ by the verdict. One commentator said the verdict confirms that the ‘marginalised’ live in a ‘parallel universe… for what is seen as justice by the mainstream is experienced as an injustice by the marginalised’. Lee Jasper, former London mayor Ken Livingstone’s adviser on race and policing, went further, saying the verdict indicated that it was now ‘open season on black men’.

Anger and resentment are of course understandable from the grieving family and friends of Duggan. But it is depressing that so many in public life are treating this case as an opportunity to express their own feelings of detachment from and weariness with the institutions of authority, primarily the police. If anyone lives in a ‘parallel universe’, it’s the observers who are seeking to paint the Duggan verdict as proof that Britain still labours under an institutionally racist regime of brutal policing.

This is objectionable firstly because it suggests that the jurors themselves were implicit in a racist conspiracy to exonerate the killers of Duggan. 10 Londoners have performed an important civic duty in ruling on very difficult and narrow issues of fact. These were complex judgments, requiring nuanced and impartial reasoning. Their lengthy deliberations, coupled with their failure to agree unanimously (the verdict that it was a lawful killing was only a majority decision), shows that they took their duties seriously.

The jury’s verdict is actually quite easy to understand: they found that Duggan had a gun on him before the car he was travelling in was stopped by police. He threw the gun from the car before alighting, but the officer who fired shots had a reasonable and honest belief that the gun was still in his hand, the jury concluded. They found that the officer made a mistake, but a reasonable one in the circumstances. Whether you agree with the finding or not, and any opinion will always be half-baked unless it is based on a review of all the evidence, the jury’s finding is hardly ‘baffling’.

As others have pointed out, the evidence does not corroborate each aspect of this finding. For example, there was no DNA on the gun and no officer testified to having seen the gun being thrown from the car. But it is not unusual for juries to be asked to return a verdict which best accords with the evidence available, which this jury certainly did. It seems pretty clear that the jury answered some very difficult questions in the most balanced and considered way possible under the circumstances and given the evidence.

Describing the Duggan case as a ‘racist execution’ is objectionable secondly because it implicitly downplays the systemic racism that did run through the police and other wings of the state in the not-too-distant past. It is an historical irony that Duggan was allegedly en route to the Broadwater Farm Estate in Tottenham, scene of the Broadwater Farm riots in 1985. Those riots followed a concerted campaign by the Metropolitan Police against black communities in Brixton and Tottenham, which culminated in the death of Cynthia Jarrett and the shooting of Cherry Groce, two unarmed women injured by the police in their own homes. The police responded to the rioting by raiding one in every four homes on the Broadwater Farm estate and arresting 362 people, most of them young black men. In the course of the arrests, the whites on the estate were told to cooperate because the police ‘only wanted the blacks’.

The inquest and trial into the incidents in 1985 both ended in acquittals and no findings of wrongdoing by the police. These results were barely reported. They simply were not big news.

Compare that with the situation today. Duggan’s death was widely seen as an outrage. The response of the state to the Duggan incident has not been a violent crackdown on ethnic minorities, but rather a three-month, jury-led inquest, with each officer involved being called before the court to explain himself. The exchanges of every day of the Duggan proceedings have been published on the inquest’s website. The very existence of the Independent Police Complaints Commission, however toothless it might be, is testament to a police force that is desperate to manage its image and maintain spotless relations with the public.

The modern Met is not the mercenary, largely unregulated, overtly racist police force of yesteryear. In many ways, in fact, it is the opposite: a police force so tightly regulated and paranoid that it is often paralysed into indecision. This was evident in the two days of almost complete police inaction during the riots of 2011 that followed Duggan’s death. While the youth of major English cities ransacked their communities, the police appeared embarrassingly overrun and unwilling to act decisively. Back then, the public were not complaining about police brutality but rather about the fact that the police seemed incapable of bringing the trouble to an end.

The idea that Duggan was the victim of a ‘racist execution’ is a distortion of the facts by observers and campaigners desperate to exploit the shooting for their own political gain. Duggan’s death was a tragedy, of course, and, understandably, the jury’s finding will never be accepted by those who were close to him. But the rest of us must accept that a judgement on the case has been passed – one which reflects the evidence and the careful deliberations of 10 of our peers. This objective and impartial consideration of the facts is the best outcome that wider society could have hoped for; in contrast, the attempt by largely middle-class observers to depict the Duggan case as a throwback to the 1980s just sows confusion and inflames today’s completely unprogressive disdain for and cynicism towards any form of authority.