Immigrant scare: it was Labour wot done it!

Don't blame the tabloid press for criminalising Romanians and Bulgarians. 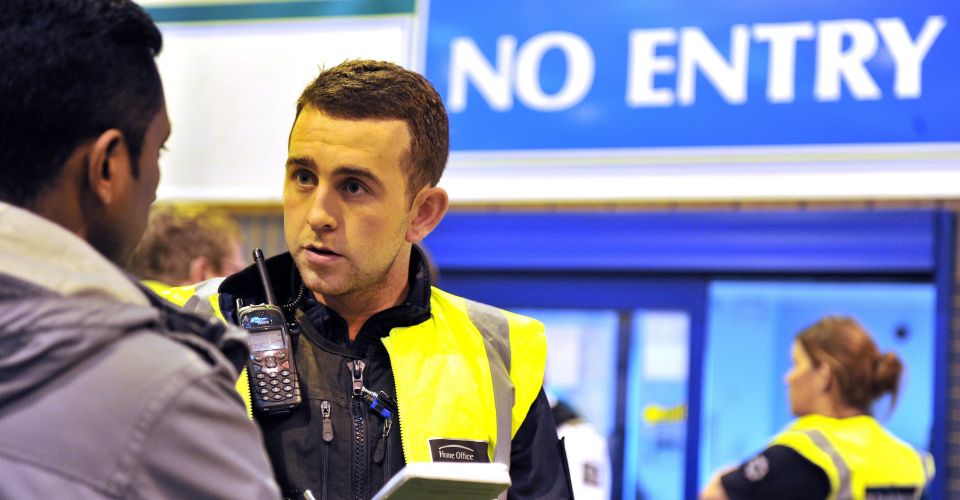 2014 isn’t even 48 hours old, yet already we’ve had an outburst of tabloid scapegoating. This pastime, beloved of what now passes for the left in Britain, involves blaming the tabloids for what are in fact complex political problems, usually caused by people who reside in Whitehall rather than Wapping. It was huge in 2013, when, in the febrile anti-redtop climate created by Leveson, the tabs were held responsible for everything from the destruction of privacy to the evacuation of principle from the political realm. Now, just as fantastically, they’re held singlehandedly responsible for demonising, even criminalising, immigrants from Romania and Bulgaria.

‘Tabloids fuel fears of mass exodus from Romania and Bulgaria’, said respectable news reports yesterday, as restrictions on the rights of Romanians and Bulgarians to work in Britain were finally lifted. For the past seven years, since Romania and Bulgaria joined the EU on 1 January 2007, Britain has had a strict ban on the movement of those nations’ low-skilled workers to our shores. Only small numbers of skilled and self-employed workers have been allowed to come here. And in the run-up to yesterday’s exhaustion of the seven-year ban on the more horny-handed Easterners, the tabloids have been fretting about Britain being ‘swamped’.

Newspapers like the Sun, the Daily Mail and the Express have told us that Romanians and Bulgarians, whom they suggest are somehow ‘different’ to more honest Eastern Europeans like Poles and Czechs, will storm our shores and take jobs and welfare from native Brits. In the words of the Express, ‘Benefits Britain, here we come! Fears as migrant floods begin.’ Left-wing observers have accused these papers of spreading ‘horror stories’ about certain Eastern migrants, and in the process implanting in the British public’s minds the idea that they are races apart, weird, potentially criminal. When, yesterday, hardly any Romanians or Bulgarians turned up at British airports, the Twitterati had a field day mocking the tabloids for, in the words of Metro, predicting a ‘tidal wave of Eastern European immigrants’ that never materialised.

This self-congratulatory slating of gruff (and wrong) newspapers shows what a sorry substitute tabloid-bashing is for proper political thought. In the redtop-mauling camp, questions such as why, and by whom, low-skilled Romanians and Bulgarians were banned from Britain are never asked; nor is there any interrogation of how such a ban might have fuelled both the idea that these citizens of the EU are different to all others, and the belief that when they do finally come here our security and morals will potentially be ravaged by them. Asking such questions would involve some serious thinking, whereas holding the tabloids responsible for the criminalisation of Romanian and Bulgarian immigrants involves little more than writing a 140-character tweet consisting of some combination of the words ‘Mail’, ‘hate’ and ‘fascists!’.

The truth is that it wasn’t the tabloids that turned Romanians and Bulgarians into objects of fear and concern – it was the Labour Party. In 2006, the then Labour government announced that it would be banning low-skilled Romanians and Bulgarians from working in Britain. Where it had allowed the citizens of the nations that acceded to the EU in 2004, which included Poland and Hungary, to work here, it would not allow the citizens of the countries that joined in 2007, Romania and Bulgaria, to come. This ban made an instant mockery of the idea that the EU was a gathering of equal sovereign nations, and of the idea of EU citizenship itself. Imagine being a British citizen but being forbidden from travelling to Manchester; uniquely among EU citizens, Romanians and Bulgarians found themselves in a not-dissimilar position when they were told they could not live and work in Britain. The anti-European impact of Britain’s decision was captured in one report, which pointed out: ‘By the time [the Romanian president] joyfully announced to his citizens that “We arrived in Europe!”, big posters reading “You cannot work in Britain without a permit” had already sprung up on Bucharest’s airport walls.’

Labour’s ban on low-skilled Romanians and Bulgarians severely skewed how these foreigners were understood and talked about. In the words of one academic study of attitudes to Romanians and Bulgarians, Labour’s policy had refused to ‘recognise them as full Europeans with associated rights’ – that is, they were being treated as lesser Europeans, whose freedom of movement had to be restricted for the benefit of Western European nations. They were thus ‘stigmatised’, says the study, as different, and to the extent that they were subsequently demonised in tabloid discussion in the late 2000s, it was because they had ‘stepped into an unfolding narrative of stigmatisation’.

Indeed, tabloid demonisation of Romanians and Bulgarians was inflamed, and often directly informed, by Labour Party policy in the late 2000s. It was in 2006 that the then home secretary, John Reid, trumpeted Labour’s decision to ban low-skilled Romanians and Bulgarians, boasting that he would impose ‘heavy fines’ on any such individuals found working in Britain, and even heavier fines on firms that dared to employ these ‘illegal workers’. He was backed by Labour’s cheerleaders in the respectable press, including Polly Toynbee of the Guardian, who said it was right to restrict the freedom of movement of some Europeans – not Us, you understand, but Them – because ‘another big migration could imperil the EU itself’. It was such signals from on high, from the government and its unofficial spokespeople in the media, which communicated to the tabloids that Romanians and Bulgarians were different to other Europeans, inferior somehow, and that their presence in Britain would be problematic.

In fact, some of the tabloids’ nastier stories about Romanians and Bulgarians came directly from Labour officials. In late 2006, the Sun made more erudite observers uncomfortable with a headline declaring, ‘ROMANIANS COMMIT 85% OF CRIME AT CASHPOINTS’. But this hysterical claim came from a Labour government memo, conveniently leaked to the press by officials keen to justify their expulsion of poor Romanians and Bulgarians from Britain. The memo warned that ‘free movement will encourage people from Bulgaria and Romania to come to the UK, some of whom may be drawn towards organised criminal activity’. And thus these people’s free movement – and only these people’s – would have to be curtailed. If the tabloids and some Brits view Romanians and Bulgarians as different, is it surprising? Their alleged difference, their alleged inferiority, was institutionalised by Labour.

Labour’s seven-year ban also created the conditions for panic about the final, dreaded arrival of these migrants. Through keeping them out on the basis that they were criminal or would undercut Britons’ wages – two key arguments put forward by Labour and its supporters in the respectable press – Labour both generated the idea that they were different to all other Europeans, including other Eastern Europeans, and made their future arrival seem like a thing of dread. No wonder 1 January 2014 was greeted with worry by some.

Yet now, left-leaning activists and observers claim, sans shame, that it was the tabloids that made life hard for Romanian and Bulgarian immigrants. Even Alastair Campbell, former Labour spindoctor, could win accolades yesterday for tweeting: ‘[P]apers told loads of lies re Romanians and Bulgarians.’ It’s extraordinary. The tabloids are slammed for their anti-immigration prejudices by the very people who canvas and stuff envelopes for the political party which created the structural, institutional foundations which allowed such prejudices to flourish. As one of those dastardly tabloids might put it, ‘You couldn’t make it up’.