The SNP’s fight for independence: Braveheart it ain’t

Splitting up the UK would be pointlessly divisive. 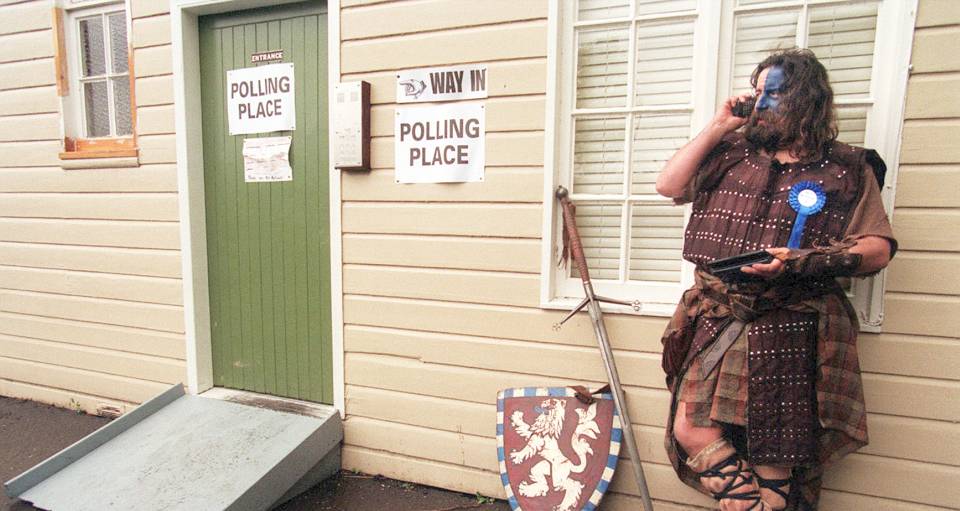 On Tuesday, the Scottish National Party (SNP) government in Edinburgh launched the White Paper, Scotland’s Future, which aims to provide a blueprint for an independent Scotland. With a referendum on independence due in September 2014, the White Paper presents the SNP’s big ideas on how Scotland could have a prosperous and successful future outside the United Kingdom.

It presents two kinds of argument in one. Partly, it’s about the political, constitutional and economic arrangements that an independent Scotland would require, and partly it’s about what kind of policies a sovereign Scottish parliament could enact. Actually, the two are mixed together quite freely, as if getting rid of the so-called ‘bedroom tax’ (a charge on those in social housing with spare rooms) would be an automatic consequence of independence. An independent Scotland would enact ‘policies that are in tune with the values of the people of Scotland, that close the gap between rich and poor, and provide greater opportunities for everyone in Scotland regardless of their background’ – as if Scots were genetically predisposed to social democracy.

In fact, the paper suggests not a great deal will change. Scotland already has day-to-day control over most domestic matters. The Scottish parliament has the power to vary income tax rates, too, but has never chosen to do so. But on a number of key questions, independence as envisaged by the SNP would be a case of plus ça change…

On the monarchy, the White Paper states: ‘On independence, Scotland will be a constitutional monarchy, continuing the Union of the Crowns that dates back to 1603, pre-dating the Union of the Parliaments by over one hundred years. On independence in 2016, Her Majesty The Queen will be head of state.’ So much for all that guff about a society of equals. What the document calls ‘the next step on Scotland’s journey’ will be backwards, apparently.

On financial matters, the new Scotland would keep the British pound: ‘Scotland will continue to use the pound, just as we do today. The Scottish government’s expert advisers, the Fiscal Commission, have set out a clear framework for this. It will be in the interests of the rest of the UK as well as Scotland.’ So Scotland will be just as beholden to the Bank of England as it is now, but with even less say on the Bank’s decisions.

The independence plan would also leave Scotland as a member of the European Union. So all the areas of law currently handled in Brussels would still be handled by Brussels. If Scots want any advice on the pleasures of being a small country within the EU, they should ask austerity-ridden Ireland or Greece, which are very far from ‘independent’.

The Scottish government would thus be reigned over by a hereditary monarch, an unelected financial institution in another country, and a bunch of Eurocrats that keep themselves at arm’s length from the voters of the EU’s member states. It’s a long way from Braveheart. As it happens, there has been little groundswell of support for a ‘Yes’ vote in the referendum on independence, with 61 per cent of those asked by pollsters saying they expect to vote ‘No’ next year.

What’s really striking, however, is not the feebleness of the case for Scottish ‘independence’, but the inability of those who want to keep the Union to make a case for the defence. Instead, the debate has been narrowed down to whether Scots would be a bit better off or a bit worse off after independence. The Better Together campaign doesn’t have much in the way of a convincing argument as to why Scotland would be ‘better together’ with England, Wales and Northern Ireland. The narrow technocratic worldview of modern politicians, and their historical amnesia, plagues the anti-independence campaign.

In contrast, at least Scotland’s first minister, SNP leader Alex Salmond, can offer up some misty-eyed flannel: ‘Scotland is an ancient nation, renowned for the ingenuity and creativity of our people, the breathtaking beauty of our land and the brilliance of our scholars. Our national story has been shaped down the generations by values of compassion, equality, an unrivalled commitment to the empowerment of education, and a passion and curiosity for invention that has helped to shape the world around us.’ (Never mind, Alex, that Scotland’s great eighteenth-century writers often saw themselves as North Britons, not Scots.)

The problem of making the case for the Union is all part of an ongoing crisis facing Westminster governments: what the hell does it mean to be ‘British’ today? The institutions that used to represent Britishness are held in lower and lower esteem, but nothing has really come forward to replace them. The established church is of minority interest, the monarchy (perhaps with the exception of Queen Elizabeth) has more in common with Keeping Up With the Kardashians than a bunch of born-to-lead rulers. Politicians in Westminster are often treated with derision.

The best that can be offered – cringeworthy multicultural discussions about chicken tikka masala being the ‘national dish’ aside – is an almost mystical worship of the National Health Service, a sentimental attachment to the BBC (hence the reassurance in the SNP’s White Paper that Scots will still be able to watch EastEnders and Doctor Who after independence), and a slightly patronising affection for the armed forces.

But if British institutions are in trouble now, that is nothing compared to the mess that could be created by Scottish independence. As a recent editorial in The Economist noted: ‘At a stroke, the kingdom would become one-third smaller. Its influence in the world would be greatly reduced. A country that cannot hold itself together is scarcely in a position to lecture others on how to manage their affairs.’

Past politicians understood this issue instinctively. During the 25-year conflict over Northern Ireland, the British government was absolutely adamant that it could not concede part of its national territory to another country. In 1981, the then prime minister, Margaret Thatcher, made it absolutely clear that Belfast was as much of part of the UK as her own constituency. ‘Northern Ireland is as British as Finchley’, she declared. Today, to let a great chunk of the UK slip away, almost accidentally, would be a major blow to the authority of those in charge of the rump. Unless the Scottish referendum shows a decisive vote one way or another, the question will rumble on in a destructive manner.

Scottish independence would be pointlessly divisive. And it wouldn’t solve the fundamental democratic deficit, which is not between Edinburgh and London but between the increasingly isolated, principle-lite political class and the rest of society. But the most alarming thing of all is the way that the political class has blundered into this situation in the first place.