Dear Oxford, we need to have a word about ‘selfie’

The ‘Word of the Year’ reflects a contemporary crisis of judgement. 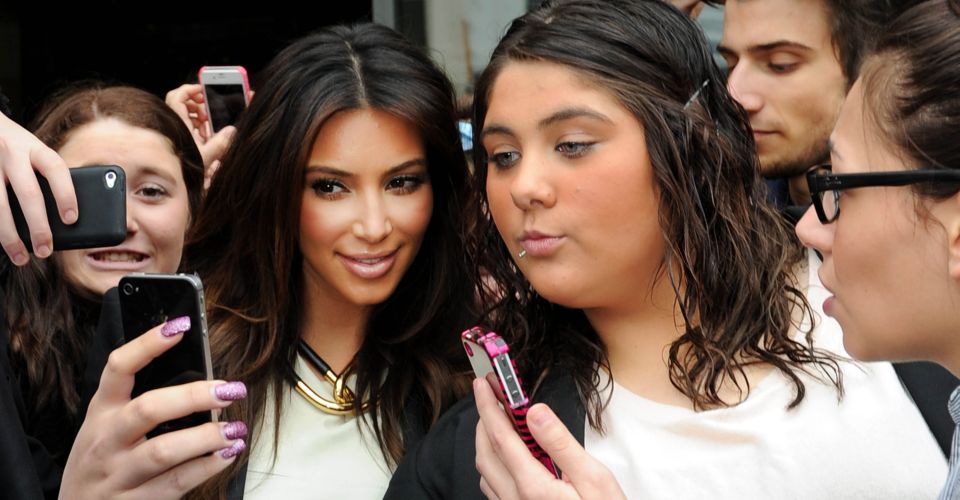 The announcement that Oxford Dictionaries has named ‘selfie’ ‘Word of the Year’ for 2013, has been met with an inevitable outpouring of outrage and snarkiness.

For those who are either allergic to the internet or merely have better things to do than prowl Instagram all day, ‘selfie’ refers to taking a photo of yourself – usually on a smartphone – which is then, customarily, uploaded to a social-media site. It’s believed to have been coined by an Australian student in 2002. He snapped a photo of the busted lip he suffered due to a sozzled fall, and uploaded it online with the caption ‘…sorry about the focus, it was a selfie’. In the last year, the term has really caught on – even the pope’s been at it – and Oxford Dictionaries calculates its usage across the internet has increased a whopping 17,000 per cent.

After everyone got over the fact that the people behind the Oxford English Dictionary (OED) – pretty much the official arbiters of ‘proper’ English – even run something as pointless as a ‘Word of the Year’ award, stuffy commentators piled in to decry selfie’s celebration as highlighting our superficial, self-obsessed culture. In the Telegraph, Harry Wallop insisted it ‘perfectly captured the self-regard of our age’, while over at uber-feminist blog Jezebel Erin Gloria Ryan furthered that it represented a ‘reflection of the warped way we teach girls to see themselves as decorative’.

Other than a lame defence from the Guardian’s Jonathan Freedland, no doubt aimed at ingratiating himself to the selfie-snapping sixth-form politicos who help keep his employer afloat, the consensus seemed to be that the word was a depressingly deserving winner, attesting to our navel-gazing times.

Of course, anyone who claims we don’t live in a markedly narcissistic world has probably been spending too much time looking in the mirror to notice. But the fact that this strange, often irritating but ultimately harmless e-trend has become the symbol of Western society’s vapid obsession with the self is a little overblown. In an era when foreign policy is governed by Western leaders’ need to make themselves feel better about the bad things that go in the world, when incessant nudging health initiatives insist we devote more and more of our time fretting about our BMI, and when ‘how do you feel?’ is an infinitely more pertinent question than ‘what do you think?’, selfies are the tip of the iceberg.

What this year’s Word of the Year – indeed, the mere existence of this nine-year-old award – reveals is something equally as toxic: the cult of relativism that is laying siege to modern culture.

In recent years, a sentiment has emerged that the concept of ‘proper’ English as something precious which needs to be upheld and protected is painfully old hat, if not vaguely authoritarian. Those who speak out about the youth’s poor grasp of grammar or increasing ineloquence are deemed snobby, elitist and unduly judgemental. Even as universities continue to complain about undergraduates’ increasingly feeble grasp of the English language, many academics have said we should just give up. ‘Either we go on beating ourselves and our students up over this problem or we simply give everyone a break’, argued one such professor.

The reluctance to defend the English language against the whims of slang and contemporary standards of literacy is always garbed as a freewheeling acceptance that language is always changing, and the idea that enforcing standards only replicates a kind of linguistic class divide: placing well-spoken aristocrats on one side and slang-spouting serfs on the other. But in truth, this relativism about English belies a crisis of judgement in an elite riddled with class guilt. As Brendan O’Neill has pointed out previously on spiked, the outcome of all of this is that children, especially the poorest, are prohibited from mastering a language in its full richness, the mechanism by which they can best engage with society and, more importantly, change it.

Oxford Dictionaries’ celebration of a glorified slang word, that few people had even heard of a year ago, represents another strange development in this trend. Over the course of its nine-year run, the Word of the Year award itself has become little more than an exercise in dictionary compilers ingratiating themselves with the youth. The award seems to have begun life in the form of Susie Dent’s 2004 book, Larpers and Shroomers: The Language Report. Published by Oxford University Press, it offered a potted history of buzzwords, some of which had faded from use while others had established themselves in the everyday lexicon. To cap it all off, Dent offered an entry for that year: the then-ubiquitous working-class slur ‘chav’. That became Oxford’s first Word of the Year. But while Dent admitted she was being somewhat flippant, and knew full well the word might disappear from use in six months’ time, the award has gone on to become more grandiose, claiming to recognise ‘inventiveness of English speakers when confronted with social, political or technological change’. More than merely highlighting the emergence of a here-today phrase, Oxford Dictionaries is endowing it with immediate cultural worth.

Selfie is, remarkably, now in the running to be included in the dictionary itself, pending Oxford’s lengthy approval process. Its chances look good. Oxford has got form for caving in to nefarious linguistic trends, as seen with the revelations in August that it had added a secondary definition to ‘literally’ to mean a word that can be ‘used for emphasis rather than being actually true’. But if Oxford so blithely accepts the entry of a silly little term like ‘selfie’ into the canon of the English language – that accident-prone Australian student rubbing shoulders with Shakespeare, Swift and the great word-coiners of history – it will be surrendering the richness, history and function of proper English to the ebb and flow of disposable contemporary culture.

But this isn’t just about enforcing the language of crusty poshos on everyday life; it’s about recognising that different forms of language have different purposes. It’s about recognising that when you’re conveying to a friend your appreciation of a nang fry-up and when you’re speaking in the public forum, you are engaging in two distinctly different types of linguistic exchange. Indeed, this need to embrace youth slang only robs it of its pleasures: like getting one over on the oldies, unaware what buying a ’20 draw’ actually refers to, or just indulging in the flippant joys of internet culture.

Consigning all language to the miasmic stew of cultural relativism at once neuters youth culture and patronises young people, assuming they are incapable of negotiating the difference between one form of language and another, and will feel spurned by someone deeming their slang ‘improper’.

Of course, language will always continue to evolve, but ‘selfie’ has a long way to go before it should be allowed to move from the disposable bytes of the online world to the pages of the OED.