The economic enemy is at home

China is neither destroyer nor saviour of the West’s economies. 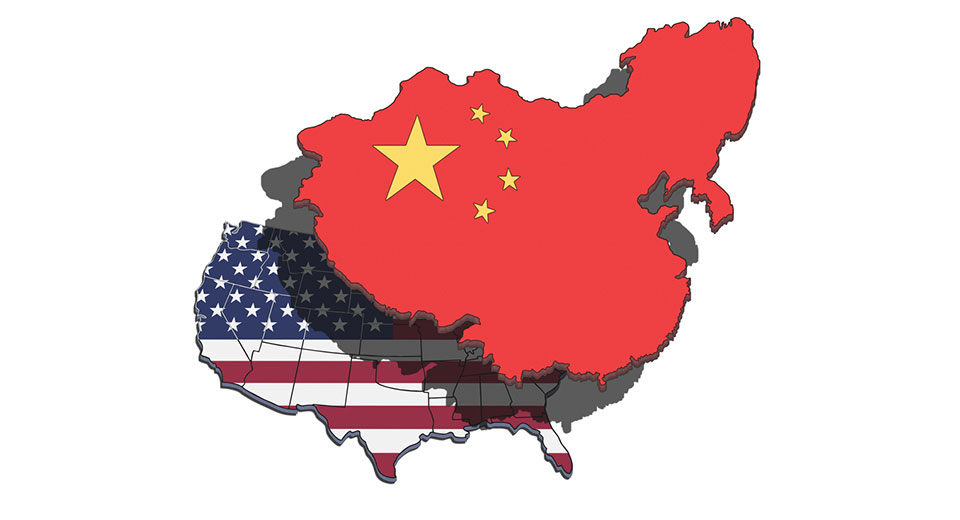 The following is an edited version of a speech given by Phil Mullan at the recent Battle of Ideas festival.

Last month, George Osborne, the UK chancellor of the exchequer, and Boris Johnson, London mayor, went to China. And as happens when you go there, they came back with some souvenirs. In this case, not the usual replicas of terracotta warriors, but something rather more substantial, in the form of inward investment deals. Great news, of course, for the people who will as a result get good jobs in Manchester, Ipswich, London, Somerset and beyond.

In contrast, we have the more negative American response, trying to limit inward investment from China, vetoing, for example, the attempted Chinese takeover of an American oil company, or banning the Chinese telecoms-equipment company Huawei from the US market (the same company Osborne announced is expanding its research-and-development centre in Ipswich).

My argument is that these clearly different approaches retain something in common, which I think is the biggest current threat to the prospects for the health of the world economy. The two approaches are both consistent with what I call the West’s Great Evasion: the failure of the elites here, first to recognise the depth of their systemic economic problems, and second to take direct responsibility for trying to fix them.

Focusing, for example, on whether Chinese investment is a good or a bad thing for the West takes the easy route that sees globalisation as something happening ‘over there’, in the East and South, which may either have some positive spin-off effects back here – perhaps becoming an offshore banking centre, like Luxembourg or the Bahamas – or is something we should be frightened about and that we need to protect ourselves from. Both approaches express a common complacency about the scale of the West’s homegrown problems, which, by being allowed to fester, represent the biggest danger to world economic expansion.

My theme is a paraphrase of an old slogan from the First World War: ‘The enemy is at home.’ Or, to bring it up to date: the real global economic problem, and the global economic opportunity, is at home. Ever since the 1970s, the Western economy has been in a long, slow drift of decay, with a diminishing ability to produce things of much value, whether services or goods, so that increasingly the West has been living off credit and borrowing from elsewhere, something which the financial crisis showed is not a viable alternative model to that old-fashioned one of actually producing things. The question all this poses – ‘What next for the West?’ – is of much greater importance for global economic prospects than the hotly debated topic of whether the Chinese economy grows at five, seven or eight per cent over the next period.

For example, here in the West we discuss a lot the consequence of low wages in China and Asia – we either blame them for unemployment and for stagnant wages, or we give thanks for cheap Asian imports keeping down inflation. The real question is why Western economies don’t create enough jobs that give people decent wages to afford good living standards.

When it comes to expanding production and markets in the emerging economies, we either blame the profitable investment opportunities there for the low investment, weak innovation and sluggish productivity in the West – or we hope that Western firms like Apple, GlaxoSmithKline, General Motors or Volkswagen will be able to exploit these lucrative market opportunities abroad and compensate for their difficulties at home. The real question is why there isn’t enough productive investment happening here.

Or with the availability of cheap capital arising from all that value which is being created in the emerging economies, we either blame this for the housing and credit bubbles in the West – US Federal Reserve chairman Ben Bernanke’s famous ‘global savings glut’ – or we continue to take advantage of it to keep interest rates low and thereby help prop up our zombie economies. The real question is why Western economies become so dependent on all this easy money.

Instead of playing this blame game, or grasping at Asian straws, we need to focus on how to reset and renew the economic engines over here and be less concerned about problems over there.

On investment, we should have less concern about whether China and others have been ‘over-investing’, and focus much more on the history of anaemic business investment in the West, and on what needs to be done here to overcome the practical and cultural barriers to investing long term for meaningful and durable growth.

On innovation, we need less concern here about whether the Chinese are coming up with new ideas or simply copying others, and much more focus on the famine in innovation in the West. We need to devote lots more resources to research and science here. (And, by the way, China is far from unique in this regard. All catch-up economies engage in copying: look no further than the US in the nineteenth century, copying wholesale from Britain’s Industrial Revolution.)

On infrastructure, let’s have less concern about the quality of dams, roads and railways in Asia, and rather more concern with the decrepit state of energy and transport infrastructures that is hindering growth here in the West.

People and governments ‘over there’ in the East and South have plenty of economic challenges of their own. But in order to address the biggest challenges for globalnomics – to improve the global economy and, most immediately, prevent the recurrence of another Great Global Disruption from the West – the focus of our discussions should be on the deep structural problems over here.

Phil Mullan is the author of The Imaginary Time Bomb: Why an Ageing Population Is Not a Social Problem, IB Tauris, 2000. (Buy this book from Amazon (UK) or Amazon (USA).).

This is an edited version of a speech given at the Battle of Ideas festival on Sunday 20 October 2013 at the Barbican Centre in London.