The truth about India’s ‘gendercide’

The ‘missing millions’ of Indian women are as much a product of the Western obsession with overpopulation as misogyny. 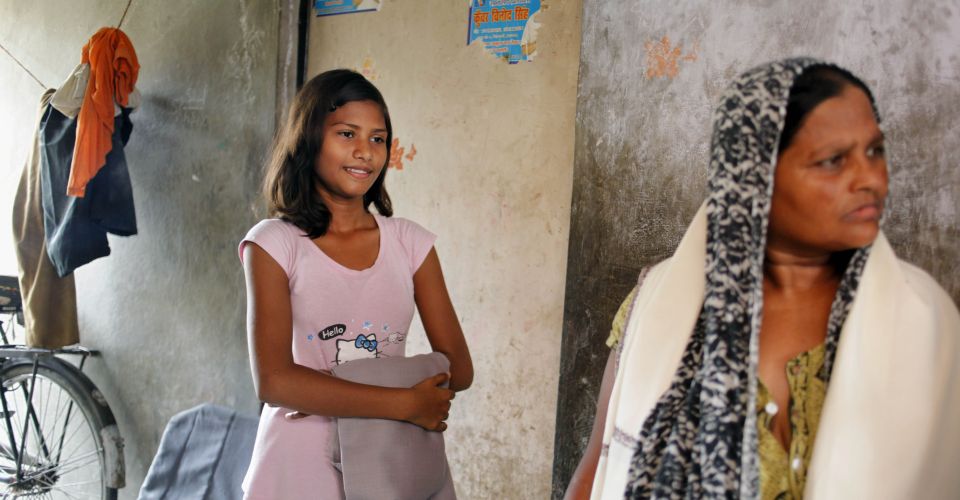 Following the horrific gang rape of a young woman in New Delhi last year, there has been a resurgence of discussion around women’s rights in India. According to a perceptions poll, of all the rich G20 nations, India is rated the worst place to be a woman, placing below Saudi Arabia, a country infamous for its male-oriented culture.

Yet while December’s tragic events have inspired much heated debate inside India around women’s political and social status in the country, outside commentators are keen to argue that its problems run considerably deeper than this brutal incident implies. In his recent ebook, India Dishonoured: Behind a Nation’s War on Women British blogger Sunny Hundal argues that there are ‘60million missing women’ in India, leaving the country’s demography so skewed that males outnumber females by 37million (a figure, he notes, bigger than the male population of the UK). India is not just a country in which women are afforded inferior status, he argues: it is one engaged in outright ‘gendercide’ (or more precisely ‘femicide’) on its female population through sex-selective abortion, infanticide and dowry deaths.

Hundal is far from alone among commentators in noting this trend. The case of India’s shortfall in women was first highlighted by economist Amartya Sen in his 1990 essay for the New York Review of Books, where he claimed that over 100million women were ‘missing’ as a result of gender bias across the developing world. Citing India and China as prime culprits, Sen explained the startling figure by invoking ‘neglect’ of Third World women in healthcare, nutrition and education.

More recently, though, it is not general neglect of Indian women and girls that is preoccupying Western do-gooders, it is the rise of sex-selective abortions. Even the United Nations Population Fund (UNFPA), usually more interested in sparking apocalyptic panics about an overpopulated planet, has expressed concern about India’s rampant sex-selection. Despite the ban on pre-natal sex tests and gender-based abortions in India, both have seen a steady rise in the country since ultrasound technology was first introduced in the 1960s. It is estimated that nearly half a million girls are aborted every year. Yet despite the alarming statistics and the problematic patriarchal structures within Indian society, this is a modern democracy in which women have in living memory held some of the most senior positions of political power. So what exactly is going on?

A strong socio-cultural preference for boys is blamed for most of the sex-selection in India, where dowry makes daughters expensive. But as science journalist Mara Hvistendahl points out in her book Unnatural Selection, sex-selective abortion is not a Third World problem brought about by a patriarchal love for boys. Instead, as Hvistendahl explains, the practice emanates from coercive ‘family planning’ programmes instituted by population alarmists and UN agencies during the Cold War era. A growing fear that more hungry babies would grow up and turn to communism created what Hvistendahl calls ‘the monster of sex determination in Asia’ and which, combined with a whole host of other population policies, led to hugely skewed gender ratios in India, China and South Korea.

A serious drive to cull populations in countries such as India resulted in the draconian and deeply unpopular sterilisation camps in the 1970s. Yet even after ruining the lives of millions of people, and almost certainly contributing to Indira Gandhi’s subsequent election defeat, the steep rise in sterilisation had little impact on the overall trajectory of India’s population growth. As a result, the holders of the purse strings at the US Agency for International Development (USAID) demanded greater reductions.

In the Sixties, when population control became a high priority, Stanford biologist Paul Ehrlich was commissioned to write his book, The Population Bomb. Ehrlich suggested that the world would not be able to provide enough food to keep up with population growth, but he did offer a solution: ‘If a simple method could be found to guarantee that first-born children were males, then population-control problems in many areas would be somewhat eased.’

The answer was already in the offing. In the mid-1960s, a leading American embryologist and biochemist from the Population Council, Sheldon Segal, showed doctors at India’s top medical school, AIIMS, how to perform amniocentesis tests and pre-natal sex scans. In India, the early sex-selective abortions were performed openly in government hospitals where doctors helped to identify the sex and abort the foetus if it was a girl. Funded by the Rockefeller Foundation, Ford Foundation and abetted by non-governmental organisations such as the Population Council and the International Planned Parenthood Federation, sex-selection continued with the full backing of the West. It was only in the Seventies, when India’s feminist groups began making a noise about sex-selection, that the authorities took notice and banned it in 1978 in favour of yet more ethical policies.

Unfortunately, this is the problem with the current outrage at India’s skewed gender ratio. There is little effort to try and understand the story behind the startling numbers. It seems that the statistics are bandied about in a cry for more intervention, rather than less, into the sex lives of Indian women. Despite the ban, sex-selective abortions continue through privately run medical clinics and more affordable tests. This is what many well-intentioned reports and exposés have complained about: the Indian government’s inability and lack of will to regulate properly the rampant illegal sex-selection that is devouring the nation’s women-that-never-were. As one dubious population-control strategy falls by the wayside, however, another more ‘ethical’ one comes along to replace it.

None of the moral outrage has questioned the right of ‘family planning’ policies – which continue under a more palatable guise today – to plan other people’s families. To give an example, there are now a number of programmes carried out by NGOs in India to save little girls. Take the Cradle Baby Scheme (CBS), launched in 1992 to counter female infanticide in certain parts of the country. Under this scheme, cradles were placed in hospitals, primary health centres, orphanages and children’s homes to enable the rescue of female children abandoned by their biological parents.

However, with limited provisions to care for these babies, at times this scheme has morphed into a way for local NGOs to pressure women into having their girl children without providing any care for that child. In his study of the impact of such schemes to ‘save’ and ‘rescue’ girl children, Shahid Pervez illustrates the issues well. In one village, 40-year-old Munnusamy and her husband, both agricultural labourers, were recent parents to a baby girl whom they wanted to surrender to the local CBS scheme. However, the local NGOs denied her claim because this was the fourth girl she was seeking to surrender to the scheme after having refused to undergo sterilisation, which they had encouraged her to do. When Pervez suggested that perhaps the couple shouldn’t be forced into sterilisation, the NGO official replied: ‘We cannot let it happen because if she is not sterilised now, she would continue procreating until a son is born to her. And this would give enough excuse for other neighbouring mothers to challenge our authority in the area.’

What is happening is that supposedly backward people are now effectively appropriating modern technologies of sex determination and fetal terminations to regain some control over the number of children they have. Schemes such as the CBS (a direct response to the moral concerns of well-intentioned Westerners such as Hundal), rather than providing women with what they need or normalising the sex ratio in India, only feed into a broader Indian discourse about ‘overpopulation’ and a drive to make small families the norm. To Western eyes, the term ‘family planning’ may have connotations of furthering women’s choices over the make-up of their families; in India, the imposition of such policies actually reduces choice.

Back in the nineteenth century during the British Raj, there was also a policy to prevent female infanticide. In north-west India, for example, that involved close surveillance of the family mainly comprised the detection of pregnancies and supervision of their progress, including the registration of births and marriages. In many respects, contemporary India is just as coercive. A public-health approach under the specific banner of ‘reproductive health’ has brought NGOs and health workers together to watch, monitor and counsel all ‘high risk’ pregnant women. These pregnant women are watched, supervised and often coerced into having their daughters regardless of whether they have the means to look after them. The rhetoric to ‘save’ and ‘rescue’ India’s unborn female children has served as a litmus test to intervene in women’s reproductive and sexual practices. Such interventions are linked to development and social change in areas such as education and health, in the same way that the British Raj made such links in its ‘civilising mission’ of the sub-continent.

The call to ‘do something’ about gender imbalance is less about saving unwanted girls as it is enforcing ‘correct’ reproductive behaviour. Worse, as India’s economic miracle has provided the material means to lift millions out of dependence on aid, the predominant impact of continued Western intervention seems intent on further hampering the choices of Indian women concerning their own fertility, meanwhile damning its male population as collaborating in this ‘femicide’. A key step for Indian society to improve the status of its women certainly lies in letting them have greater control over their own bodies – including, of course, sexual autonomy – but Western observers should learn that, first and foremost, this means they should leave women’s wombs alone.

If you feel strongly that girls have as much right as boys to be born then you should also believe that women have the right to decide what happens within their own bodies. In countries such as India, where sex-selective abortion is a concern, it is a symptom of misogyny. And surely, the answer to such misogyny is never to deny women power over their own bodies.

Finally, complaining about the ethics of different population policies will not alleviate the problem at the heart of this debate: the way in which the people of India have served as a platform for brutal experimentation for programmes to cull the global population. This is the real anti-human culprit that has so far has received little, if any, mention from those seeking to save India’s so-called missing girls.