Who’s afraid of the lonely wolves?

The likes of ‘terrorist’ Pavlo Lapshyn are empowered by officialdom's fears. 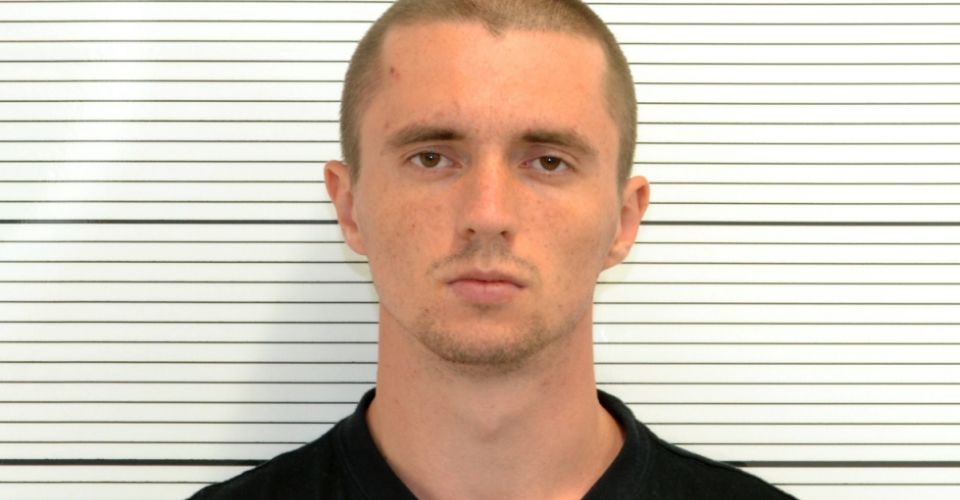 This week, Pavlo Lapshyn, a 25-year-old doctoral student from Ukraine, pleaded guilty to the murder of 82-year-old Muslim Mohammed Saleem and plotting to cause explosions near mosques in the West Midlands in June and July.

The portrait of Lapshyn that has emerged over the past few days is of a very isolated, somewhat socially inadequate individual. A postgraduate student at the National Metallurgical Academy of Ukraine, Lapshyn had come to Britain in April this year after he won a competition to visit Coventry University and do a work placement at a company called Delcam. Within days of his arrival in late April, however, he had stabbed Saleem to death as the grandfather made his way home from prayers. Over the next couple of months, he updated his social profile with some far-right website links and proceeded to construct a few low-level explosives. These he was to leave near three mosques in Walsall, Wolverhampton and Tipton.

Despite the hyperbolic headlines – ‘Lapshyn’s three-month terror campaign’; ‘Pavlo Lapshyn’s 90 days of terror’ – Saleem was the only person to be hurt by Lapshyn’s actions. The bombs in Walsall and Wolverhampton exploded, but it was only much later that police realised they were actually bombs. And although the bomb left outside a mosque in Tipton was potentially far more dangerous – packed as it was with nails and other debris – Lapshyn hadn’t reckoned on Ramadan and a change in the mosque’s prayer schedule, which meant the bomb detonated before anyone had arrived. This was to be Lapshyn’s last act as a rather incompetent terrorist as a few days later he was arrested.

Viktor Laskin, Lapshyn’s tutor at the National Metallurigical Academy, said that Lapshyn was ‘always a humble, quiet, boy’. He continued: ‘We called him the grey mouse. He was very shy and was always reading. His parents were worried that he always studied and didn’t have a private life. His father wanted him to meet girls. He was worried about it.’ His father himself, a university lecturer, was likewise at a loss to explain his son’s morphing into a would-be terrorist, noting how this rather lonely man had few contacts with friends let alone anything to do with right-wing political groups.

What becomes clear from the character sketches and familial anecdotes is that Lapshyn was not part of some extremist collective. He was not operating as a member of a terrorist cell informed by some larger organisational objective and intent on hurting Muslims or people with the ‘wrong’ skin colour. No, Lapshyn was little more than a rather sad far-right fanboy, ‘liking’ Timothy McVeigh or The Turner Diaries on his social-media page much as an ordinary teenager might ‘like’ Green Day or On the Road. He may have told West Midlands police that he wanted to start a ‘race war’, and that he was driven by ‘racial hatred’, but these were the personal statements of a desperately self-aggrandising individual, not the official proclamations of some grand underground party.

And yet despite this, despite clear indications that Lapshyn is more Travis Bickle than Osama Bin Laden, there has been no shortage of liberal commentators keen to suggest that Lapshyn is indeed representative of something stirring the hearts and minds of many white Westerners. Writing in the Guardian, one academic dismissed the idea that Lapshyn was an isolated loner, insisting that ‘like others before him, [Lapshyn] drew influence from a wider extreme-right subculture [of anti-multiculturalism]… These ideas reflect a deeply held set of beliefs among hardcore right-wing extremists, which give them a compelling rationale for violence.’ The academic concluded: ‘Lone wolves are rare creatures, but the narratives they use to justify their violence are widespread on the extremist fringe.’ Elsewhere, in the New Statesman, one commentator insisted that Lapshyn was part of the rising tide of Islamophobia in the West

What’s odd, of course, is that when a self-styled jihadist commits a crime not dissimilar to that of self-styled race warrior Lapshyn, the very same sections of the political-media class are agonisingly eager not to allow the acts of individuals to be conflated with whole sections of society. So, after the killing of soldier Lee Rigby in Woolwich by two self-proclaimed militant Islamists, many broadsheet liberals were quick to argue that Rigby’s killers were not representative of Islamists in general. ‘[Muslims] bear no more responsibility for jihadism than Christians do for the Ku Klux Klan or the Westboro Baptist Church’, opined one commentator anxious about the Islamophobic masses. ‘Could people really be so naive to blame [Muslims] for the mistake of one person?’, wrote another.

So it seems it is okay to exploit Lapshyn’s attacks on mosques, and suggest they’re representative of a seething mass of Islamophobic or racist sentiment, that Europe holds in its white midst countless other Lapshyns or indeed Anders Breiviks; but it’s definitely not okay to suggest that the killers of Lee Rigby represent anything other than their nihilistic selves.

What these double standards obscure is just how much acts like the murder of Lee Rigby in Woolwich and Lapshyn’s ‘reign of terror’ have in common. In their own ways, they are products of what Brendan O’Neill has called the ‘culture of estrangement’. After all, these weren’t individuals from distant foreign lands; their thinking, their sense of dislocation, of grievance, was cultivated right here in Europe. They are testaments to the inability of society to offer a compelling collective narrative, a pervasive sense of meaning, to make the universals of citizenship more appealing than the particularity of religious or ethnic identity. In both, the assertion of individual identity on specious racial, ethnic or religious grounds trumps everything else. If there’s extremism here, it lies in following through to its bitter end the competitive logic of multiculturalism, in which identities are pitted against one another in the struggle for recognition and affirmation.

And the other aspect these acts have in common is that they have been encouraged by the political response to terrorism. That is, if the likes of Lapshyn or Breivik or the Woolwich killers think that they can have a huge impact, that in the terrorist act they can narcissistically affirm their importance, that’s because their adversaries in security and political circles have told them they can. In August 2011, for instance, no less a figure than Barack Obama, the president of the United States of America, declared that he feared a ‘lone-wolf extremist’ attack more than an ‘al-Qaeda spectacular’. And just this week, Charles Farr, director of the UK’s office for security and counterterrorism, announced that ‘lone actors [are] often more proficient than actors who we may see at the other end of the terrorist spectrum’. These ‘actors’, these so-called ‘lone wolves’, haven’t been put off by officialdom’s fearful attentions; they have been empowered by them.

Given that the meaning and impact of terrorism is defined not by its protagonists, but by society’s response, the most sensible words belong perhaps to Zia ul-Haq, a representative of the mosque Lapshyn targeted in Walsall: ‘There was no damage, no people were hurt. This sort of thing has never happened before in our mosque. The community was concerned there could be a repeat, but we told them to be calm, vigilant and watchful. Don’t overreact, and don’t point the finger towards any group or party.’