Welcome to the ‘trust no one’ society

UK officialdom has successfully fostered an all-embracing climate of mistrust. 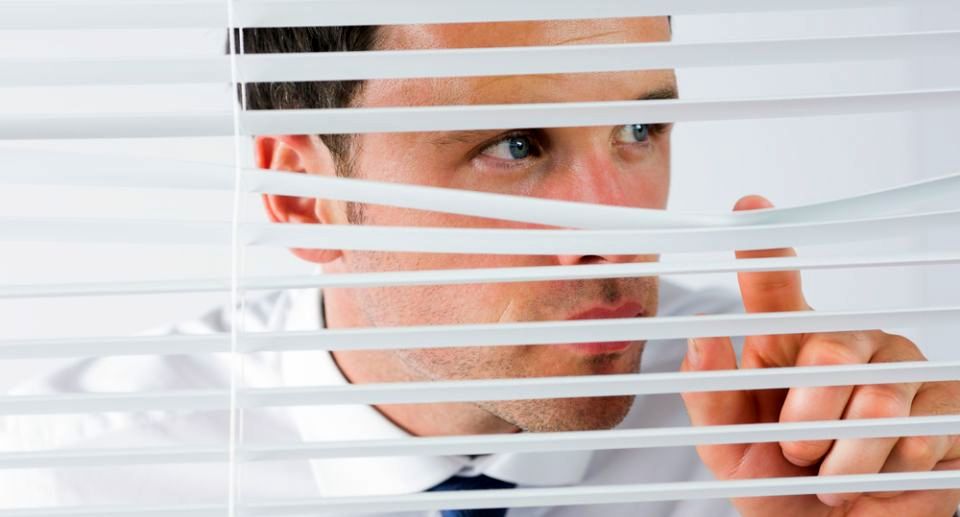 That is, the public bodies which wring their hands over the fact that they aren’t trusted much anymore are also the ones that do an enormous amount to stoke today’s broader climate of mistrust, to inflame the idea that we, the public, cannot trust each other, and in fact that we as individuals cannot trust ourselves.

So we have a bizarre situation today where public bodies seem to think they can encourage mistrust among citizens, in everyday life, without any repercussions for themselves or for the levels of trust that they enjoy. Recent developments seem to have proved them wrong. In many ways, what we are witnessing now, in the corrosion of trust in institutions, is the misanthropic climate of mistrust biting back at those who did so much to unleash it.

Consider the NHS. Following various scandals, including the Savile affair and the Mid-Staffs debacle, the NHS is very worried that people don’t trust it anymore. It is thinking about how to rebuild trust, and is always telling us how important trust is.

This is the institution that has done perhaps more than any other in contemporary Britain to create a climate of mistrust.

Walk into any NHS facility and the first thing you see are posters saying, ‘Don’t attack our staff! If you attack our staff we will have you arrested and you won’t get treatment.’ Rough translation: we don’t trust you, you are volatile, stay at arm’s length. The NHS has also acted, in the words of one of its internal documents, as ‘agents of the state’, effectively spying on citizens. NHS workers have been used to keep an eye out for radicalisation among their Muslim patients, contributing to the idea that Muslims can’t be trusted. Midwives are trained to look out for signs of domestic violence among pregnant women, spreading the poisonous, mistrustful idea that intimate relationships are all a bit dodgy.

As for NHS propaganda, it’s always telling us to beware others and to beware ourselves. Its latest safe-sex posters show a room full of young people drinking and dancing and getting off with each other, next to the words, ‘The only thing standing between you and disease is a condom’. In short, everyone is diseased, dirty, dangerous, so you had better cover up when touching them.

Its recent anti-smoking posters show toddlers saying things like, ‘Mummy, if you smoke, I smoke’. Here, we have that very fashionable idea that parents can’t be trusted to look after their children properly, in fact that parents are a toxic threat to their offspring.

Quite why the NHS thinks it can stir up so much social mistrust and yet never be the victim of mistrust is beyond me.

Or consider care homes for elderly people. Following recent revelations of mistreatment, politicians and officials have set themselves the task of rebuilding public trust in care homes.

These are the same politicians and officials who are continually warning us, the public, to be on the lookout for elder abuse. They plaster public spaces with posters showing an old woman’s face and the words, ‘It isn’t only children who are abused’. They give us hotline phone numbers to call if we suspect our neighbours or friends are abusing their elderly relatives. They call on the staff of supermarkets to keep an eye on people who are shopping with elderly people, to make sure they aren’t ripping them off. They tell us there is a ‘hidden epidemic of elder abuse’.

And yet they expect to remain immune from the consequences of stirring up such destructive intergenerational mistrust. They really believe they can stoke a highly mistrustful, misanthropic panic about elder abuse, about stupid youngish people being malevolent towards the old, and that care homes won’t eventually fall under similar suspicion.

Or consider the political class. These people in particular crack me up. In one breath they ask, ‘Why don’t you trust us?’, and in the next they announce some policy or initiative that further inflames today’s crippling social mistrust.

They make every adult who works with children go through a criminal records check, implying no man or woman can be trusted. They put up CCTV cameras in every nook and cranny of the land, suggesting none of us can trust public spaces or the people who inhabit them. They tell us, ‘There is not a town, village or hamlet in which children are not being sexually exploited’ – the words of the deputy children’s commissioner, who, like the rest of officialdom, seems perversely to believe that no one can really be trusted not to rape a child.

Officialdom constantly stirs up mistrust towards all kinds of human relationships, and it is then surprised when the relationships it presides over also start to corrode.

The central problem today is that we, the public, everyday people, are under extreme cultural pressure not to trust ourselves. We are encouraged by a misanthropic climate of mistrust not to trust our instincts, our parenting styles, our attitudes to others, nothing.

Our instincts are constantly reined in in the name of risk-aversion. Don’t be a have-a-go hero, officials tell us. Walk past people who are having a fight, don’t interrupt crimes, go home, keep your heads down. Even in the more heroic sections of the public service, frontline staff are having their human instincts restrained: they’re sometimes forbidden from entering into a situation where someone is wielding a gun or from taking risks to rescue people in immediate danger. ‘Don’t trust your urges’ – that’s the message. Likewise, parents are encouraged to mistrust their own ways of raising their children and instead to consult parenting experts or to take government-endorsed parenting classes. Others are encouraged to mistrust their own coping-with-life mechanisms and are told to have a word with therapists instead. And so on.

We live in an era of mistrust – of familial mistrust, parental mistrust, intergenerational mistrust, sexual mistrust, social mistrust, all springing from a withering of old, taken-for-granted social bonds and then further exacerbated by the cynical policies of officials and public bodies. There are two consequences for public institutions of this climate of mistrust. Firstly, in the short run, they benefit from it. Politicians, the therapeutic industry, the public-health brigade – all these cliques can thrive on the uncertainty of the populace about how to conduct their lives and relationships. But this is fleeting; for the second consequence is always that institutions, too, become infected by the culture of mistrust towards human relationships and themselves fall victim to fingerpointing.

Incapable of getting to grips with this culture of mistrust, with its origins in social disarray and with their own role in stirring it up, officials take refuge in procedure when they try to ‘rebuild trust’ in institutions. They tell us their institutions will become more transparent, will carry out more inquiries, that they will put cameras up in care homes – one of the proposals made last week. Of course, this makes everything worse, because it invites further suspicion towards public bodies and their staff. The message of our rulers is effectively this: You can’t trust yourselves – and you can’t really trust us, either.

This is an edited version of a talk given by Brendan O’Neill at the Battle of Ideas in London on 20 October.