Geoengineering could ameliorate the impacts of climate change, and transform tundra and desert alike. So why are greens so afraid of it? 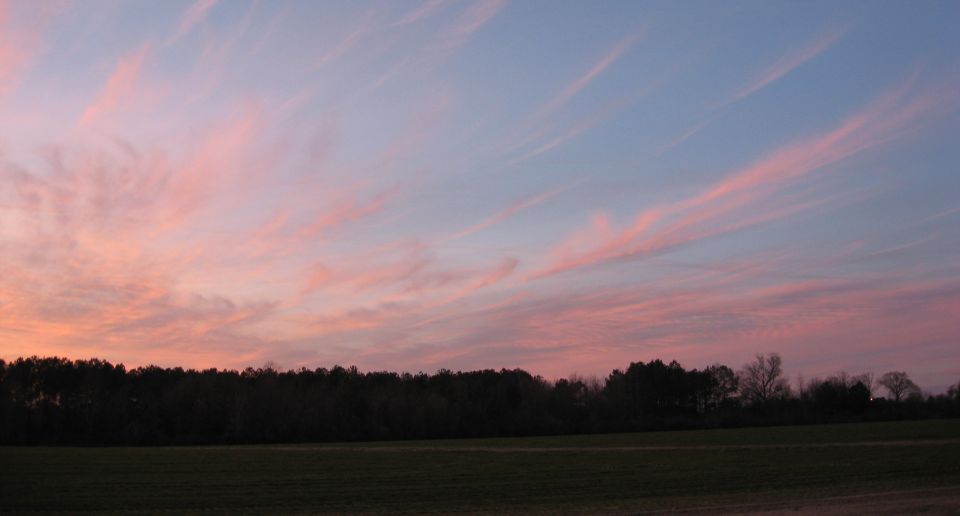 It’s no coincidence that industrial civilisation has flourished during a time when the climate has been in a relatively benign and temperate state. Compared to the natural climate calamities of the past, whether glaciation or a volcanic winter, this favourable setting has allowed rapid population growth through intensive agriculture, along with growing global prosperity through a mix of hydrocarbon energy consumption and innovation-driven economic growth. Such is human progress.

However, recent concern associated with human-driven climate change has brought into sharp focus the fact that the climate is not static. It’s clear that the Earth is a dynamic and not an equilibrium system, and that the popular view of nature as being perpetually in equilibrium is only due to the narrow slice of human history through which we view the past. Addressing both human-driven, and indeed long-term natural climate change, will therefore be an essential requirement for the sustainability of the human enterprise into the deep future. Concerns over human-driven climate change merely bring these issues to a head.

While the focus of mainstream thinking is on sharpening policy instruments to deliver a steady decline in global carbon emissions, some are considering a rather more ambitious set of tools. These include geoengineering, defined as active human intervention in the climate system to offset the radiative forcing due to growing carbon emissions. As would be expected, geoengineering has been met with howls of outrage from mainstream greens. But if we insist on setting the global thermostat at the twentieth-century average forever, it implies some rather serious engineering. In fact, over the very long term, by calling for firm action to ‘stop climate change’ even the most technophobic deep greens are implicitly backing planetary engineering on both the largest of length-scales and longest of time-scales.

Although it’s an idea now prominent in the media, the idea of geoengineering is nothing new. For example, during the American War of Independence, Benjamin Franklin reportedly proposed changing the course of the Gulf Stream to inflict a new ice age on Britain. Later, with the turn-of-the-century optimism, noted US engineer Carroll Riker published rather detailed plans in 1912 for a 200-mile jetty at Newfoundland. Riker again proposed to manipulate the Gulf Stream, but this time to improve the climate of Arctic Europe. And of course, the inventive Dutch have been busy macro-engineering their environment for centuries, to the extent that some 26 per cent of the land mass of the modern Netherlands lies below sea level.

One of the first serious thinkers on geoengineering was Mikhail Budyko, a remarkable Soviet-era founder of modern climate science. The idea of geoengineering was appealing in the Soviet Union. The Marxist philosophy of man over nature provided the political context for this radical, large-scale thinking. Indeed, the prospect of deliberately engineering a warmer world was greeted enthusiastically by some in the Soviet Union with thoughts of greening Siberia.

More recently, contemporary incarnations of geoengineering have risen in prominence as it becomes clear that a reduction in global carbon emissions is unlikely in the near-term. While the developing world pulls itself out of poverty using hydrocarbon fuels, there is every chance that global carbon emissions will grow for the foreseeable future. How concerned we should be comes down to estimates of equilibrium climate sensitivity, which point to a long-term two-to-three degree Celsius rise in global mean temperature for a doubling of CO2 levels in the atmosphere. For some, geoengineering research is therefore a pragmatic hedge against either high climate sensitivity or continued, long-term growth in carbon emissions.

In contrast to the naive optimism of Soviet-era science, and before serious research on contemporary geoengineering has got underway, the pessimists are out in full force. As long ago as 1996, environmental lawyer Dale Jamieson claimed: ‘Even if [geoengineering] were successful, it would still have the effect of reinforcing human arrogance and the view that the proper human relationship to nature is one of domination.’

More recently, ethicist Clive Hamilton harangued would-be geoengineers who ‘have the kind of faith in humanity’s ability to overcome threats and master the environment’. Given the gaps in our knowledge of the global climate system, no one is seriously suggesting that large-scale geoengineering should be kicked off anytime soon. But it is truly remarkable that we should immediately rekindle the idea of forbidden knowledge and human hubris when we’ve hardly got started.

In the long-term, geoengineering could be much more than a tool to hedge against high climate sensitivity or continued growth in carbon emissions; it’s a field of potentially wider importance and application. The recognition that human activity is impacting on a range of large-scale terrestrial processes, including the carbon cycle, is arguably a call for a new engineering science, either to mitigate the impact of such processes or to manage them for societal benefit.

Indeed, in recognition of human influence on the environment, a set of ‘planetary boundaries’ has been proposed, as popularised by Mark Lynas’ book, The God Species. But while these planetary boundaries can be interpreted as constraints on future human development, we should remember that the historical success of human innovation and engineering has been in transcending boundaries. Again, the macro-engineering of the Dutch Polder system allows the Netherlands to boast a GDP per capita of over $50,000, despite the large area of its land that lies below sea level.

So whether geoengineering is ultimately required to take the edge off human-driven climate change in the future remains to be seen. But just thinking about climate geoengineering offers a first step towards ‘earth systems geoengineering’, bold ventures to manage terrestrial processes for human benefit. These might include ‘greening deserts’ by engineering the subtle ‘tipping point’ behaviour of desert land balanced between dry and wet states, for example.

Contemporary geoengineering can therefore provide the basis for long-term thinking to continue the historical success of innovation and engineering – not only through applications to climate change, but to a range of progressive global challenges for the future.

Further along, modest tweaks to the terrestrial climate could ultimately provide a platform for thinking on even bigger scales. So-called terraforming is seen as a means of actively engineering the atmosphere and climate of Mars to make it slowly more habitable. This outlandish idea has been a mainstay of science fiction for many years, but gained a little more credibility by appearing in the respectable journal Nature in 1991.

As our understanding of the Earth’s climate dynamics improves, then at some point later in the century we may decide to affect some modest hacks to reduce the impacts of human-driven climate change. In turn, that may set the scene for some genuinely impressive macro-engineering ventures in the far future – whether greening deserts or greening Mars, or indeed protecting the Earth from the kind of natural calamities that have always been a threat, long before humans had any impact on the environment.

Climate change and geoengineering are two faces of the same coin, and our responses to them bring competing views of the future into sharp focus. We can live forever within planetary boundaries set by nature, or we can transcend boundaries and flourish into the deep future. We have nothing to fear in pursuing geoengineering research, and indeed field trials, only the reflection of our own fear and uncertainty of the future.

Colin McInnes is professor of engineering science at the University of Strathclyde. Other articles can be found at Perpetual Motion. An earlier version of this article was published by the Breakthrough Institute.