What the Mail and its maulers have in common

Both the tabloid and its critics have decamped to a mythical past. 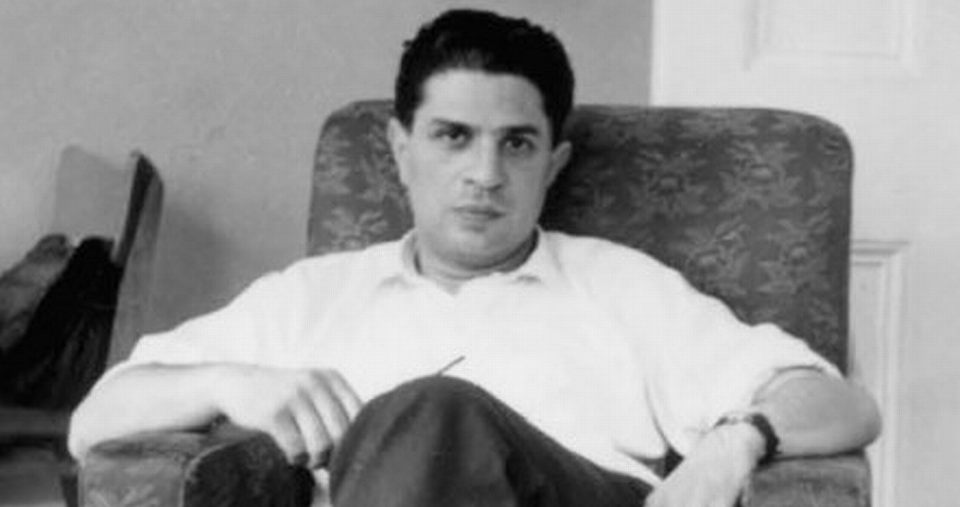 You couldn’t have asked for a better snapshot of the zombified nature of modern politics than the Ralph Miliband / Daily Mail spat. In past eras, the political sphere was sharply divided between a lively left and a cocky right, and occasionally, in hairier historical moments, between combative socialists and unforgiving fascists. And now? Well, we have a ghostly war of words between a dead socialist and his offspring and a newspaper fancifully described by its critics as a fascist rag. Yesteryear’s life-and-death struggle for power between living, breathing leftists and rightists has been replaced by the exchange of shrill insults between fans of a late leftie and a tabloid newspaper, by tweet-fighting rather than streetfighting, by the dead vs the Daily Mail. Behold the danse macabre of the left-right divide.

The most striking thing about the Miliband/Mail saga is how much the two sides have in common. The Mail and its haters think of themselves as diametrically opposed, as the yang to the other’s yin, yet the Miliband controversy reveals they are bound together by one very important thing: a preference for living in the past over engaging with the present. If Ralph Miliband is, in the Mail’s shrill words, ‘The man who hated Britain’, then both the Mail and its maulers are the men and women who hate political reality – or at least can’t fathom it or handle it and so take refuge in the long-gone, now meaningless struggles of the past.

The most stupid thing about the Mail’s attack on Ralph Miliband, the New Left Marxist dad of Labour leader Ed, who died in 1994, is that it was a serious attempt to drum up some public passion for Red-baiting. The Mail is so out of touch, it seems, that it actually thinks commie-exposing can be used to make a connection with the public. Memo to Mail: it is not 1955. In its attack on Ralph, it described socialism as ‘one of the world’s most poisonous political doctrines’, as if it still exists in any serious form anywhere on earth, which it doesn’t. It claimed ‘Marxism supplied the philosophical underpinning to a monstrously evil regime’ – the Soviet Union – where ‘dissidents were locked in mental asylums’. The Soviet Union stopped existing in 1990. What will the Mail thunder against next? Ferdinand Marcos? The Hungerford massacre? Niggas With Attitude?

Like a bad impersonator of Joseph McCarthy, the Mail talked about the ‘evil legacy’ and ‘poison’ of Marxism, as if it were a virus, still extant, in the water system perhaps, rather than a political ideology that emerged in particular circumstances and withered away many years ago. The Mail isn’t the only institution in modern Britain that is so out of touch with the present that it has decamped to the 1940s. The Tories are at it, too. In response to the hilarious claims that Ed Miliband is ‘Red Ed’, Tory chancellor George Osborne said it was ‘the historic work of this party to [combat socialism]’. This pantomime pinko-chasing says a great deal more about those on the right than it does about any resurgence of serious leftism: it reveals how much they miss the certainties of the past, particularly of the Cold War, when traditionalist and Tory institutions derived a massive chunk of their moral and political authority from posturing against Marxist elements and the ‘Evil Empire’ of the Soviet Union. It’s hard to know whether to laugh or cry at the fact that they have gone from fuming about the ‘Red East’ to handwringing over ‘Red Ed’, as if that bumbling, ideology-free son of a professor is a one-man USSR. Never mind Reds under the bed; today it’s apparently Eds under the bed we have to look out for (that is admittedly a scary thought).

Yet the Mail’s many haters – which is everyone at the BBC, every academic in the country, every man of the cloth and every leftist – are playing the same reality-dodging game. They, too, prefer the comfort blanket of the past over the prickly realities of the present. Where the Mail treats Ed as the modern incarnation of Ralph and Co’s poisonous Marxism, the Mail’s critics treat that newspaper as the descendant of fascism. They are constantly reminding us of the time the Mail expressed support for the Blackshirts and the fact that its founder, the first Viscount Rothermere, was at one point a fan of Hitler. They refer to the ‘fascist Daily Mail’; George Galloway thunders about how ‘the Mail supported Hitler yet smears Ralph Miliband, who fought Nazism on the beaches on D-Day’. Some people seem seriously to believe that the Miliband / Mail war of words is a modern version of the real war fought by the Allies and the Nazis 70 years ago, which only goes to show how epic historical ignorance has become in recent times.

Like the Mail, the Mail’s haters believe socialism is still a thriving thing, only they think it must be nurtured rather than destroyed. One Labour-supporting commentator says the Mail’s piece about Ralph is a sign that the right is ‘preparing one of the most poisonous, vicious all-out wars against the left in postwar Britain’. What cushioned lives modern lefties must lead if the only war they face is from the ink of a little-respected tabloid, where earlier generations of leftists faced guns, truncheons, laws, jail. A socialist author said we must withstand this vicious war against the left because ‘socialism is of crucial importance and the future of Britain depends upon its continuing influence’.

What planet do these people live on? The same one inhabited by the Daily Mail, ironically. A planet where socialists are all over the place, where left-wing ideals are thriving, and where Marxism is in the ascendancy. A planet where every piece of evidence for the death of socialism – from the stunning decline in trade union activity to the lack of faith in meaningful economic growth to the victory of TINA (There Is No Alternative) over any serious belief that a totally new society and economy might be created – is wilfully ignored. The one thing worth saying about the Mail’s infantile attack on Miliband – that is, that it’s crazy to obsess over a long-deceased political outlook – is not being said by anyone, least of all the Mail’s loudest critics, because they’re just as keen to bathe in the delusional idea that socialism still lives (alongside fascism, apparently).

Anti-Mail moaners are playing exactly the same game as the Mail – they are tilting at windmills. Where the Mail and leading Tories get their moral rocks off by waging a war of press releases against imaginary Reds, the Mail’s critics claim to be doing battle with a vicious right, ‘free-market fundamentalists’, even fascists. That is why the anti-Mail lobby’s language is so similar to the Mail’s – they, too, talk about the ‘poison’ spread by the Mail, about its ‘evil’. Both sides have vacated the realm of reality in favour of indulging in the shallow politics of demonology, where they are good, their opponents are bad, everything is either black or white, and there are loads of Reds under the bed or taking to the streets (depending on whether you think this fantasy socialism is a bad thing or good thing).

The rowdiness, or rather shrillness, of the Mail / Miliband spat actually shows how little of substance there is in modern public debate. Denuded of ideas, bereft of principle, lacking anything remotely resembling ideological conviction, political discussion is becoming increasingly personalised, bitchy, shouty, shallow. Politicians are attacked for their backgrounds rather than their beliefs (mainly because they don’t have any), and not just by the Mail – witness Guardian assaults on the poshness of certain Tories. This is not a good thing, despite what some of those commentators who have defended the Mail claim. One observer said in response to the Mail / Miliband circus, ‘The Daily Mail is disreputable, twisted, tendentious and malignant. Thank heavens for that.’ What? We can, and must, defend the press’s right to be all those things, and you won’t find anyone as committed to press freedom as spiked is; but we don’t have to celebrate it. The Mail is a mess, and one of the reasons it is a mess is because there is so little depth or seriousness to political discourse in the 21st century.