When Labour planned to turn the army on the people

Why ‘the people's party’ discussed sending in troops during the banking crisis. 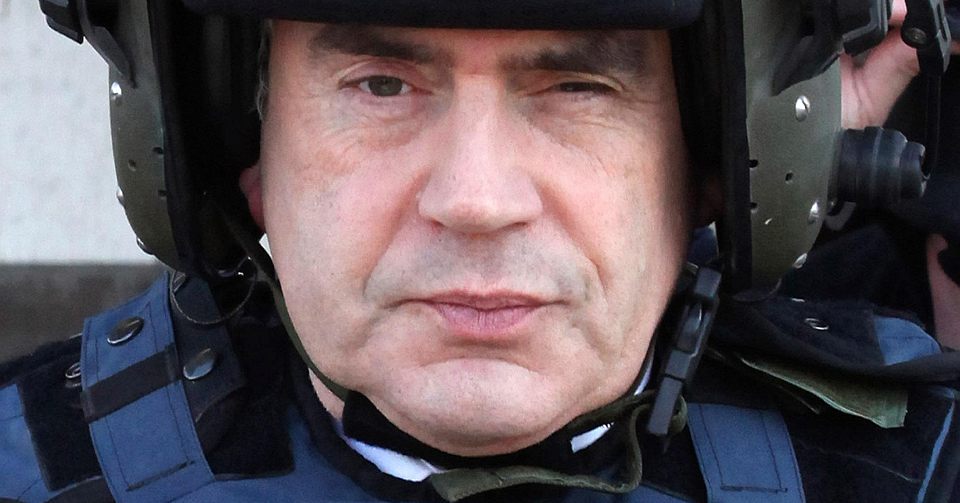 There were howls of outrage earlier this year when it was revealed that a question on the scholarship exam for Eton, the UK’s top fee-paying school, had asked boys to imagine they were prime minister in 2040, a time of hypothetical economic crisis. They had to write a speech justifying their imaginary use of the army to put down pretend public unrest on Britain’s streets, shooting dead 25 invisible protesters. Labour and liberal-left commentators declared that this showed how Eton-educated ‘Tory toffs’, such as prime minister David Cameron and his chancellor George Osborne, were being trained in the ruthless arts of oppressing the people to protect the privileges of their class.

Strangely, there have been few such protests this week over revelations that five years ago a non-imaginary Labour prime minister discussed sending real troops on to British streets to crush public ‘anarchy’. As the financial crisis broke in October 2008, New Labour premier Gordon Brown (who was ‘trained’ at Kirkcaldy High School rather than Eton) reportedly told aides that he feared ‘the whole thing will just explode’ with ‘everyone’ looting and rioting, and that they must plan to use the military to restore order.

The furore at the Labour conference has focused on Damian McBride’s revelations of how the Brown team smeared its opponents in the party. That can surely only be ‘shocking’ to the politically naive or those, such as Labour leader Ed Miliband and Ed Balls, apparently suffering from severe (self-induced?) historical amnesia. The section of the book where Brown’s former spindoctor and fixer tells the story of how Labour discussed sending the Army on to the streets has attracted rather less attention. Which is a shame, because it does more than any intra-Labour gossip to reveal the true character of the self-styled ‘people’s party’.

McBride’s memoir, serialised in the Daily Mail, tells how the Labour prime minister was ‘totally gripped’ by what he perceived as the dangers of social unrest as the public panicked in response to the banking crisis of October 2008. ‘Even if there’s a panic in another country, people will see it on the TVs, and they’ll start panicking here’, Brown told McBride. Then things went from bad to much worse in the prime minister’s mind. ‘If the banks are shutting their doors, and the cashpoints aren’t working, and people go to Tesco and their cards aren’t being accepted, the whole thing will just explode’, he said.

The prime minister apparently prophesied doom. ‘If you can’t buy food or petrol or medicine for your kids, people will just start breaking the windows and helping themselves. And as soon as people see that on TV, that’s the end, because everyone will think that’s OK now, that’s just what we all have to do. It’ll be anarchy. That’s what could happen tomorrow. I’m serious, I’m serious.’

So, what was the Labour government to do? Brown, says McBride, was ‘totally gripped by the danger of what he was about to do, but equally convinced that decisive action had to be taken immediately’. The prime minister told aides that ‘We’d have to think: do we have curfews, do we put the army on the streets, how do we get order back?’. Brown said that ‘I’d have to resign’, then apparently immediately thought better of it — ‘but I couldn’t go if there was just carnage out there: someone would have to be in charge’. The Labour premier was, it seems, bravely prepared to carry on in charge, overseeing ‘carnage out there’ on Britain’s streets.

This little vignette speaks volumes about the true character of the Labour Party today – an empty shell run by an elitist clique with little connection to a public which it fears and loathes. The backstabbing petty politicking of Labour courtiers such as McBride, like something out of a bad Elizabethan melodrama, is one side of that story. The other side is the contempt in which a ‘socialist’ leader such as Brown holds the public, and his willingness to use military force to bring the proles to ‘order’.

Brown might have warned McBride about the dangers of public ‘panic’. Yet his response suggests that it was the political leaders who were really panicking in response to the financial crisis that they had done so much to precipitate. Brown’s nightmare fantasy of anarchy and carnage, and his kneejerk ‘send in the troops’ reaction, looks like a prime example of what a top New Labour adviser once boasted of as the politics of ‘organised paranoia’.

Underpinning all this is the fear and loathing which the ‘people’s party’ feels towards the actual people of the UK. The public focus might have been on the crimes of a few dodgy bankers, but the prime minister’s private concerns were about the untrustworthy masses. Brown suggested, after all, that as soon as there was a problem paying at Tesco, people would start ‘breaking the windows and helping themselves’. What is more, the moment others saw that reported on the TV, ‘that’s the end, because everyone will think that’s OK now, that’s just what we all have to do. It’ll be anarchy.’

Indeed, the prime minister apparently believed that the public were such a mindless mob of monkey-see-monkey-do morons that no payment problems at Tesco would be necessary to precipitate the end: ‘Even if there’s a panic in another country, people will see it on the TVs, and they’ll start panicking here’, he said. That mindset of political paranoia and mistrust of the public led directly to the idea of curfews and military occupation of our cities as the only way to restore order on the maddening crowd.

And Brown was no maverick megalomaniac. His view of society and the public was shared by the New Labour elite. Thus McBride, having told the tale of how the government bravely avoided ‘anarchy’ and ‘the end’, compares Brown’s leadership to that of President Kennedy during the Cuban Missile Crisis, even suggesting that the prime minister was right to tell parliament that Labour had ‘saved the world’. As ever, it seems, the Labour left might have given up a lot but the one thing it will never lose are its powers of self-delusion.

Amid the liberal-left outrage over that Eton exam question, asking boys to justify using the army on British streets, one pundit shrilly observed that the correct answer was that ‘any prime minister who attempts to justify the murder of protesters after the rule of law has disintegrated is not fit to rule and should step down immediately’. Yet there has been no such expressions of radical disgust at the revelation that Gordon Brown, once hailed as the Labour left’s hero and saviour, was apparently quite prepared to put that Eton essay into practice. Let us make no mistake here: Brown did not, of course, talk about shooting protesters. But the implications of calling in the army should be clear enough. You do not send heavily armed soldiers on to the streets to dance with members of the public, like those community coppers at the Notting Hill Carnival.

A possible alternative exam question? Consider the statement: ‘Nobody should care less about the leadership squabbles of a party that imagines sending troops on to the streets to contain the public is the proper response to a capitalist financial crisis.’ Discuss.