The boy who starved to death in public 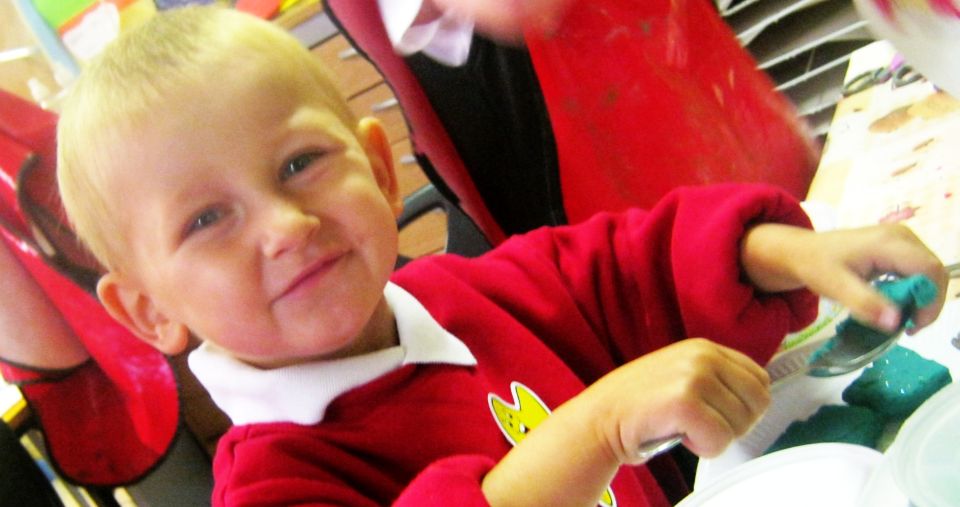 In March 2012, four-year-old Daniel Pelka, having been beaten and starved for months by his mother Magdalena Luczak and her boyfriend Mariusz Krezolek, was left, as he always was, in the unheated box room of his Coventry home. And it was there, on his urine-stained mattress, that he spent the final 33 hours of his miserable, short life.

This week, following the life sentences dished out to Luczak and Krezolek in August, a serious case review of Pelka’s death was published. What emerges from that document, and the case in general, is a disturbing conclusion: a young boy died in plain sight. The starvation, the visible bruises, the broken bones – none of this happened behind the mythical ‘closed doors’ of endless child abuse-awareness-raising campaigns. No, it happened in full view of teachers, nurses and other adults. He was starving to death in public. And no one seemed to have the wherewithal even to give him some food.

Taken together, the indications that something was wrong should have prompted someone in his social milieu to do something. This was the boy who came to school with a broken arm one week, black eyes the next. This was the boy who had been caught scavenging for food by teachers. This was the boy who was seen pulling a muddy, grit-peppered pancake out of a school bin, the boy who was seen retrieving the remains of a pear from the playground and desperately gnawing on it, the boy who used to try to steal food from other children’s lunchboxes. This was the boy who had become so thin by February 2012 that, in the words of one teacher, his ‘clothes were hanging off him’. And yet despite the signs that something was seriously wrong with Pelka, the adults with whom he was coming into contact with at school and at home failed to respond spontaneously, intuitively. In the words of Peter Wanless, chief executive of the National Society for the Prevention of Cruelty to Children: ‘No amount of training or form filling or processes in the world can replace the fact that when a grown adult, especially one in a position of trust… sees a skinny child scavenging for food in a bin, alarm bells need to ring and action needs to be taken. It’s simple common sense. But people didn’t trust their instincts…’

Wanless has it right: people did not trust their instincts. What should have been common sense – to see that there was a problem and help Pelka – was confounded. What should have been near enough spontaneous – to check what was wrong with the child eating sand – was stymied. And this indicates something rather profound: a breakdown in social solidarity. The adults here, from teachers to neighbours, were not responding to the sight of an emaciated child starving before their eyes, instinctively; they were not recognising their own humanity in a child who, it seems, was clearly suffering.

Instead, almost every adult who came into contact with Pelka appears to have had their instincts cauterised. That intergenerational responsibility, that common humanity, so keenly expressed in the old saying ‘it takes a village to raise a child’, appears to have been replaced by something approaching an intergenerational estrangement. Pelka seems to have been repeatedly passed off as someone else’s problem, someone else’s responsibility. The whole sad tale writes large the extent to which social solidarity has been usurped by social isolation, with adults always operating at a ‘safe’ distance from one another and, in this case, from the young.

In place of social solidarity, filling the space where the informal, spontaneous relations between people used to be, are the more formal structures of the state. At every stage of Pelka’s deterioration, then, there was no shortage of note-taking, of record-keeping – this is, after all, what the serious case review uses to build its picture of Pelka’s maltreatment. But while the teacher making a note, the doctor keeping a record, or the neighbour making a report to the authorities, might have been formally in the right, doing things to the letter, such actions represent an abdication of judgement, a shrinking away from taking responsibility, an inhibition of the instinct to help. As one politician notes: ‘Shortly after Pelka had been reduced to digging up and eating the beans his class mates had planted, what did the education welfare officer decide to do? Complete a Common Assessment Framework.’ A culture of bureaucratic compliance, of near pathological box-ticking, went hand in hand with the shocking non-exercise of either judgement or compassion.

This terrible case is also, therefore, an indictment of the way in which people are relating to one another, as isolated individuals, each at several removes from the other, and bound only by the forms, procedures and imperatives of state agencies. Any genuinely social impulse seems to have to been misdirected and attenuated by the dead hand of bureaucracy.

Sadly, the demands, following the serious case review, for greater vigilance and intervention on the part of state agents, including a petition to make it mandatory for those working with children to report their concerns, will only make things worse. Not only do such demands and the subsequent proposals further the decay of social solidarity, pushing the state ever deeper into the threadbare fabric of our social relations, to become the preponderant mediating force – they will also do nothing to prevent horrific but rare cases such as Pelka’s.

Recent history stands testament to this. After Victoria Climbié was killed by her nominal guardians in 2001, the then New Labour government exploited the public’s shock by launching a blanket of policies under the rubric of Every Child Matters, which effectively transformed the wellbeing of every child, not just those genuinely at risk, into the responsibility of various arms of the state, from schools to social workers. As Jennie Bristow wrote on spiked: ‘When social workers are trained to consider every parent suspicious, and all sorts of parenting techniques as potentially abusive, they may become distracted from the task of spotting real abuse. What Every Child Matters has done is to institutionalise the idea that all families should be placed under greater scrutiny by an expanded group of professionals, in order to ensure that they care for their children enough, and in the appropriate kind of way.’ As Bristow notes, the determination to turn every child into a possible object of abuse, justified as a way to prevent another case like Victoria Climbié’s, made it ever more difficult to do precisely that: prevent another case like Victoria Climbié’s. When every child matters to the child protection agencies, the very rare cases of serious neglect are lost in the bureaucratic morass, as was to become tragically apparent in the case of Baby P, much publicised in 2008, and again in the case of Daniel Pelka.

More generally – and here Wanless and the shameless NSPCC bear a lot of responsibility – the determination to cultivate routine suspicion of other adults exacerbates the problems highlighted by the Pelka case. Yet that is what Wanless suggests when he asserts that: ‘It’s too late for little Daniel, but it’s not too late for thousands of others.’ The suggestion that child abuse could be everywhere, that there are thousands of other youngsters like Daniel Pelka being beaten and starved to death, does nothing to revive social solidarity, nor does it encourage people to trust their instincts. Instead, it merely encourages us to be automatically suspicious of anything that could potentially be a sign of abuse. In the NSPCC’s world of omnipossible, omnipresent abuse, we are not to trust our instincts, our everyday judgements at all; we are urged to bypass our instincts and judgements, to err on the side of caution, and record our observations with the authorities. According to this worldview, the only people that are to be trusted to exercise judgement are the childcare professionals, the NSPCC-stamped experts – not us.