Boldly going where no manmade thing has gone before 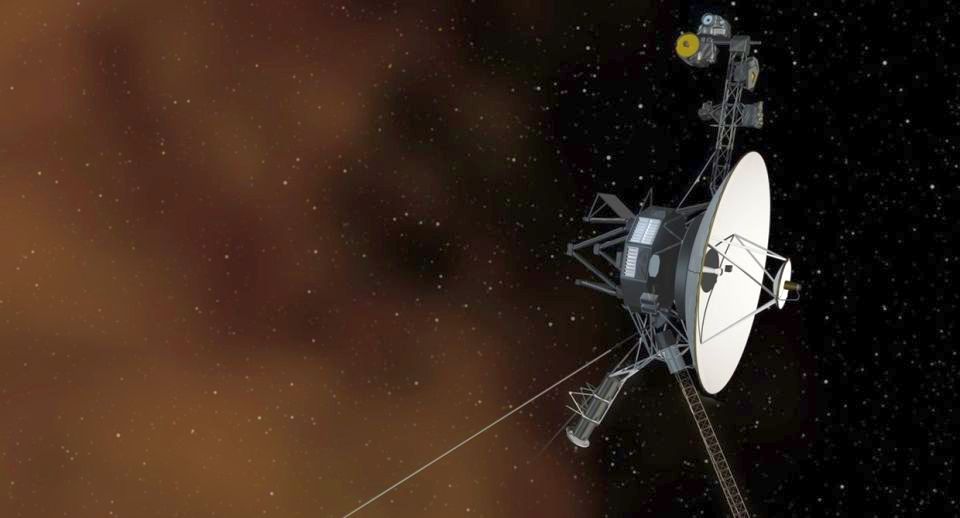 At a distance of nearly 19 billion kilometres, the space probe Voyager 1 is the furthest manmade object from Earth and, as has recently been announced, is the first manmade object to leave our solar system – an astounding achievement that stands testament to mankind’s ingenuity.

Launched on 5 September 1977, Voyager 1 has spent the past 36 years sending back information from the outer solar system, along with its twin, Voyager 2. Taking advantage of an alignment of the four gas giant planets – Jupiter, Saturn, Uranus and Neptune – which occurs roughly every 175 years, the Voyager missions were officially designated to make close flybys of Jupiter and Saturn along with their respective moons, Io and Titan. After three years, Voyager 1’s path would, after visiting Titan, fling it out of the plane of the planets’ orbits and end its primary mission stage. Voyager 2 would carry on from Saturn, and make flybys of Neptune and Uranus, before it too started on a path out of the solar system after 12 years exploring the planets.

The Voyager mission’s planetary stage alone was a triumph – collecting astounding images and data, revealing hitherto unknown details of these distant bodies. Some of what was achieved includes: the discovery of volcanic activity on Jupiter’s moon Io (the first time such activity had been seen outside of planet Earth); observations of another of Jupiter’s moon, Europa, indicating the existence of an ocean beneath its crust; the discovery of 10 new moons around Uranus; the sending back of unprecedented detail of the rings around Saturn; and the atmosphere and weather of all four gas giants being studied in greater detail than ever before.

Even having left the solar system, Voyager 1’s mission is not yet ended. (Voyager 2 is still going strong, too, and can be expected to cross the heliopause sometime in the near future.) This amazing, 36-year-old piece of technology will continue hurtling out into space at over 35,000 miles per hour. It is so far away that the data it sends back takes over 17 hours to reach Earth, sent from a transmitter which emits signals of about 23 watts – about the same power as the light bulb in your fridge. With a gradual shutdown of the probe’s instruments to conserve energy, Voyager 1 is expected to continue operating until 2025 – nearly 50 years after it left Earth. Even then, it will continue its journey away from us, and will take nearly 40,000 years to reach the point where the Sun’s gravity no longer dominates.

Perhaps one day mankind will follow it. But, until then, we should be proud that out there, in the vast uncaring expanses of space, there is an object, created with thought and care, that is a symbol of our unquenchable curiosity and our undeniable ability to understand and master the forces of nature.