Lobbying for me, but not for thee

The hypocrisy of the liberal critics of the Lobbying Bill. 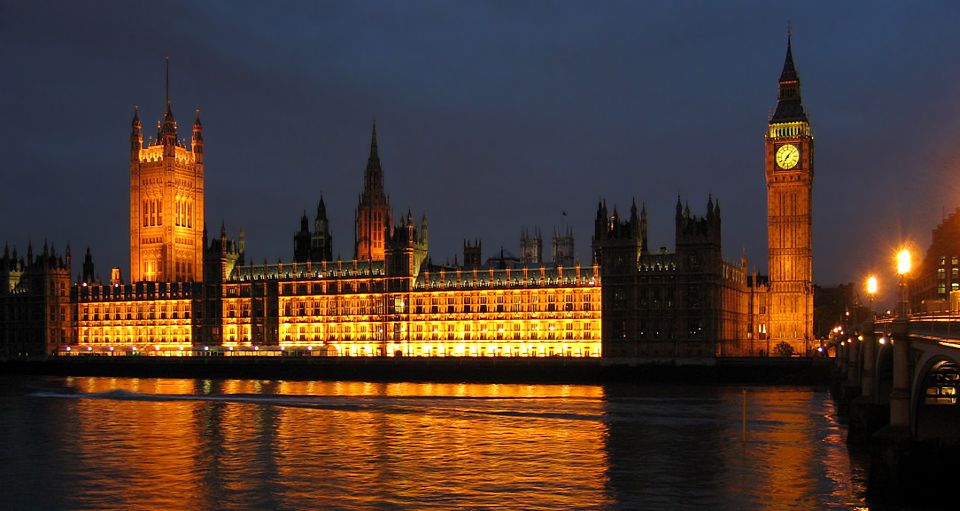 As pieces of Lib-Con legislation go, it has certainly riled the rump of Britain’s leftishly inclined. The TUC called it ‘an outrageous attack on freedom of speech worthy of an authoritarian dictatorship’; Greenpeace’s executive director damned it as ‘the most pernicious assault on campaign groups in living memory’; and, not to be outdone, Britain’s most hackneyed left-wing pundit deemed it ‘an audacious stab at many of our hard-won democratic freedoms’, and, just for good measure, ‘surely one of the most badly written pieces of legislation put to the Commons in recent times’.

And what have the evil Tories and their craven sidekicks, the Lib Dems, done to prompt Britain’s right-thinking into flights of desperate, democracy-invoking hyperbole? Formed a two-party state? Banned climate-change-awareness stunts (no typo)? Censored Comment is Free? No, not quite. The actual prompt for all this high-sounding blather about ‘our hard-won democratic freedoms’ is an unwieldy legislative edifice entitled Transparency of Lobbying, Non-party Campaigning and Trade Union Administration Bill – or the Lobbying and Transparency Bill, as it’s otherwise known.

As it happens, the Lobbying and Transparency Bill is a thoroughly wretched piece of opportunism, driven, it seems, by the government’s conviction that it will help counter anti-politician, ‘they’re all corrupt’ sentiment among the electorate, and make the Tories look like really upstanding guys. So, despite amendments following last week’s Commons debate, meaning that it will no longer circumscribe organisations’ campaigning activities in General Election years (which is a shockingly anti-democratic idea), the bill, if enacted, still promises: a statutory register of lobbyists to identify who is representing what interests; an end to self-certification of union-membership numbers for all but the smallest unions; and an independent certification officer to check records and take enforcement action if necessary.

Effectively, what the bill does is to demonise the democratic act of citizens, from businessmen to campaigners, talking to politicians. It turns the act of making one’s case to an MP or a minister, or in some cases a civil servant, into something that is to be automatically regarded as suspicious. Political argument between citizen and politician, whether persuasive or not, is transfigured by the bill as a problem. And here’s the irony: the bill won’t restore public trust in politicians, as its advocates contend; it will merely fuel yet more distrust. After all, the bill rests on the assumption that unless politicians are regulated by some external, all-seeing ‘transparency’-emblazoned audit, they will, like flies near the proverbial poo, get up to no good. And this – the assumption that public servants will, if they can, act in their private interest – is the ground on which cynicism and suspicion flourishes, not trust.

But there is one thing worse than the bill, and that’s the prevailing trajectory of the criticism. Despite the shrilling and shrieking about democracy and so on, many of those currently working themselves up into a righteous lather over the bill don’t really seem that concerned about democracy, or with wrenching the political sphere out of its present cynicism-drenched quagmire. No, what really seems to have bugged Britain’s left-liberal types about the planned legislation is that the ‘wrong’ people are going to be caught up in it.

As one critic put it, ‘Greenpeace might find itself facing more burdensome regulation of its campaign against drilling in the Arctic… Friends of the Earth might find it harder to campaign for better environmental standards in the production of mobile phones.’ That is, the good guys, the climate-change campaign groups, the anti-fascist professionals, the trade-union officials, the pro-gay rights groups, in short all those the liberal elite by and large agrees with, are going to find it harder to pursue their agendas in the corridors of power.

That is what really annoys the critics of the Lobbying and Transparency Bill. Not its anti-democratic, anti-politics impulse, but the fact that it will hamper the efforts of their friends to influence legislation.

Hence, in each and every critical piece on the bill, it is blithely accepted that some regulation of lobbyists is necessary. In each and every piece, it is blithely accepted that ‘corporate interests are… deeply enmeshed with the process of government‘, that ‘corporate lobbyists… give Big Money its shady political clout‘, that policy on ‘tobacco regulation, minimum pricing for alcohol, food labelling and banking regulation‘ has been driven by corporate lobbying. That is, in each and every piece criticising the Lobbying Bill, it is blithely accepted that the policies and legislation with which the right-on don’t agree must be the products of nefarious corporate lobbying. And unsurprisingly, if no less shamefully, the critics of the current bill would no doubt be overjoyed if an alternative Lobbying Bill – one for which they are no doubt in the process of lobbying – inhibited those they deem as being the bad guys, be they representatives of energy companies or Rupert Murdoch’s voices on Earth.

The Lobbying and Transparency Bill’s army of achingly bien pensant critics are not opposed, therefore, to a clampdown on lobbying, or indeed democracy or free speech. In fact, they are all for it – just so long as it targets and restricts the right people; namely, those they don’t agree with. The criticism of the bill, then, is not born from a desire for a more open, robust democracy, but from a desire to erect something approximate to a system of privilege, whereby the likes of gay-rights group Stonewall would still be free to help whisper into being gay-marriage legislation, but an energy company like Cuadrilla would be inhibited in its efforts to make the case for fracking. In other words, let the right lobbyists in.

What this bill’s critics seem unable to grasp is that lobbying is not the problem they think it is. Yes, lobbying has proliferated as a professionalised activity over the past couple of decades – there were just five public-affairs firms in 1994 compared to over 70 today, and many interest groups and companies now employ lobbyists in-house, too. And yes, while there is nothing wrong with the idea of lobbying, of making one’s case to an elected representative, lobbying does seem to play a disproportionate role in today’s process of government. Yet the growth of lobbying, its increased power to influence the course of policymaking, is not something driven by lobbying itself.

Professional persuaders are not any more persuasive than they used to be. Rather, the preponderance of lobbying in today’s parliamentary politics testifies to a deeper, more profound problem – the withdrawal of the demos from political life, and the concomitant withering and depoliticising of the political sphere. And it is the vacuum left by the receding public, evidenced in flat-lining General Election turnouts and collapsing party memberships, that has sucked the lobbying crowd in. Their power and influence, their ability to make an impact has grown as the traditional, socially rooted sources of direction and legitimacy for parliamentary politics have decayed.

So, while lobbyists for Greenpeace and Shell might like to think they’re cut from decidedly different cloth, the truth is that they’re part of the same rot. And it’s that rot that needs to be tackled, not its lobbying-shaped symptom.