Don’t import the scourge of scientism into schools

Why evidence-based teaching methods are a bad idea. 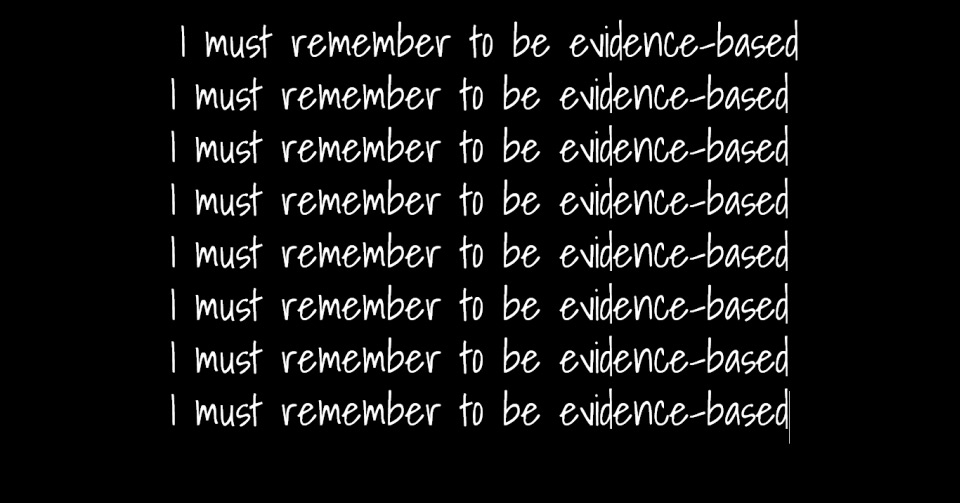 At a time when society finds it hard to provide compelling answers to the problems that people face, the realm of science is being plundered in search of moral authority. The exhaustion of the old taken-for-granted ideals, values and ideologies has led to a search for new ways for validating views and opinions. Instead of trying to give meaning to the problems we face through reflection and debate, governments now embrace science as the unique source of truth.

This is giving rise to ‘policy-led science’ – that is, science that has a tendency to mould itself around the needs of policymakers. This strengthens the dogma of scientism, which aims to spread scientific discourse into our personal, cultural and social experiences, where actually other modes of non-scientific reflection are really needed. This is why, today, we have everything from the ‘science of parenting’ to the ‘science of happiness’ and the ‘science of the spiritual life’.

Scientism is now used to legitimate various policies and claims made by all sorts of institutions. Consequently, evidence, or rather evidence-based policy, which enjoys the authority of science, dominates the modern political landscape. Today, policies are judged not on the grounds of whether they are good or bad, but on the question of whether they are evidence-based.

Scientific evidence is, of course, a useful resource for decision-makers. But not every research finding adds up to ‘evidence’ that can directly be used to forge a new policy. Evidence needs to be tested, interpreted and given meaning before it can become a reliable source of action. The use of scientific evidence for political ends is particularly troublesome in the sphere of social policy, where the problems facing people are context-specific and mediated through various different influences and factors. That is why, historically, so-called evidence-based policy has proven to be no more or no less effective than policies driven by a more explicitly political agenda.

Despite the undistinguished record of ‘evidence’-based policy, governments desperate to legitimise their authority have embraced it with unprecedented enthusiasm in recent years. An area where this is most apparent is education. The growth of scientism in education is illustrated by recent calls to introduce randomised control trials (RCTs) into schooling. These calls, outlined by the science writer Ben Goldacre in a paper called Building Evidence into Education, are supported by the UK’s Department of Education.

The demand to have RCTs in relation to schools, in order to work out which forms of education work best for children, is usually justified through reference to the use of RCTs in the arena of health. In the world of healthcare, RCTs have proven to be an invaluable resource for testing the efficacy of different forms of medical interventions. Goldacre’s paper puts forward an eloquent case for the role of RCTs in medical science. But exporting a methodology from one discipline to another, in this case from health to schooling, is always fraught with difficulties. Research methods that are useful in medicine can be entirely inappropriate in the sphere of education. In an ideal world, methodologies for exploring the usefulness or otherwise of certain approaches should emerge from within the specific disciplinary field itself, rather than being imported from other disciplines.

The pro-RCT lobby’s drawing of an analogy between schooling and medical research is unhelpful, not least because it implies some kind of equivalence between a child and a patient. Goldacre says: ‘Every child is different, of course, and every patient is different, too; but we are all similar enough that research can help find out which interventions will work best overall, and which strategies should be tried first, second or third, to help everyone achieve the best outcome.’

The problem with this drawing of a relationship of equivalence between a child and a patient should be obvious to objectively grounded researchers. The importing of a medical model into the discussion about schooling is likely to distract educators from thinking freshly about the challenges that they face. It is critical not to confuse teaching and education with a so-called intervention, in the medical sense. Why? Because to represent schooling as a form of intervention is to undermine, and indeed violate, the integrity of the educational enterprise

The medical definition of an intervention is ‘any measure whose purpose is to improve health or alter the course of disease’. In short, the narrative of intervention in the medical sphere takes as its starting point the idea that there is a prior illness or deficit that needs to be tackled. Such a concept is very unhelpful in education, since it treats schools as the functional equivalents of hospitals. Yet where medical interventions are about curing and healing and preventing, education is principally about teaching – which is a very different thing.

Sadly, the use of the term ‘intervention’ in relation to education is not arbitrary. Rather, it communicates a currently strongly held dogma – the idea that children are afflicted by various emotional and intellectual deficits that educationalists must ‘fix’ through an intervention. The use of the term intervention reveals how much today’s cultural elite believes in the existence of educational pathology – that is, great numbers of children suffering from some form of quasi-medical educational deficit. This pathological view was expressed in an extreme form by a recent report from the Centre for Social Justice, which warned that there is an army of underclass children starting school while still wearing nappies and behaving like toddlers.

From this medicalised outlook, children’s deficits are seen to have logical priority over the other things that education is supposed to be about. Just as doctors treat the sick and prevent illnesses from getting worse, so teachers are being turned into educational healers, who cure children that are held to suffer from some pedagogically validated deficit.

As a result of this reimagining of what education is for, the idea that children are ready to learn has imperceptibly given way to the contrary assumption that they require some kind of intervention if they are ever going to progress. Such an outlook has a big impact on how education is carried out – it becomes more about damage limitation within the classroom rather than having a commitment to teaching children what they need to know.

Of course, we should all be open to different and often conflicting beliefs about how education and teaching should be carried out. But whatever approach we choose to adopt, we need to understand that education becomes warped, and alien to its very spirit, when it is reinvented as a form of treatment. This tendency to medicalise education has many drivers, most of which are independent of the schooling question. But one of its main drivers is the one-sided emphasis of modern pedagogy on motivation, which always leads inexorably to the question of what works. This is also what underpins the demand for evidence-based or RCT-fuelled education.

This point is stressed in a report published by the Alliance for Useful Evidence. Titled Evidence for the Frontline, the report says it wants to assist educators who want to ‘know what works’. Teachers’ preoccupation with ‘what works’ is understandable, of course. But if the question of ‘what works’ becomes the central focus of educational research and schooling practice, then we will see the privileging of the means of education and the subordination of the ends of education to the ethos of technical instrumentalism. The key question asked by educators should be, ‘What do children need to know?’. But unfortunately, the current obsession with what works distracts us from thinking about the intellectual and knowledge content of the curriculum. Moreover, the ‘what works’ culture leads inevitably to the continual overhauling of the curriculum. So if the communication of a particular field of knowledge does not work easily in schools, and proves difficult for students, then it might be dispensed with by curriculum engineers obsessed with ‘what works’. Such acts of philistinism are often justified on the grounds that education should be relevant.

Evidence-based education, which is intimately linked to the ‘what works’ culture, leads to a form of processed education. Processed education is dominated by an instrumentalism that threatens to reduce education to a technique and teaching to a technical intervention. As the French sociologist Pierre Bourdieu explained, all ‘institutionalised learning presupposes a degree of rationalisation’. However, when the ‘what works’ culture prevails, we end up with a pedagogy of hyper-rationalisation. Its main accomplishment is to reorganise the curriculum around what works, which is often very different to what children need to know. The proliferation of anti-intellectual and anti-academic faddish subjects in modern schools is a symptom of this trend.

Not only does the quest for an evidence base distract educators from teaching and from confronting challenges – it also doesn’t work, even in its own terms. The evidence generated through research has only a limited applicability in the classroom situation. In education, randomised control trials can only create or manufacture evidence that necessarily remains external to the empirical reality of the classroom and its distinct contexts. The classroom experience is constantly subject to fluctuation and change; what occurs in a ‘trial’ is very distinctive and is very rarely reproduced in a real school. An RCT carried out in a school only provides insights into how one group fared against another. But the numerous variables – many of which are actually external to the school – mean that such trials have at best a heuristic value.

As many educators understand, what works for some teachers may not work for others. For example, some research has conclusively demonstrated that teaching reading through phonemic awareness is the most effective form of instruction; other researchers insist that actually phonics is the best way of teaching. The reality is that teaching reading through phonemic awareness works for some, while phonics works for others. This seems to be a secret to the Department of Education, which is splashing out money on research into the work of effective teachers, in the hope that RCTs might help to reproduce these teachers’ effectiveness in other classrooms.

But the principal problem educators face today is not the dearth of educational research or a lack of evidence about ‘what works’, but rather the increasing absence of any opportunity for them to exercise professional judgment and to learn the value of what Aristotle call phronesis – the virtue of judgment. Experimentation in education should be part of a teacher’s everyday life. What we need is a pedagogy that is integral to the experience of the classroom, not procedures inappropriately imported from the field of health.

This article is based on a talk given at the researchED 2013 Conference at Dulwich College, 7 September 2013.