The Egyptian tragedy won’t be fixed by lawyers

The folly of calling for the ICC to investigate the army’s massacres. 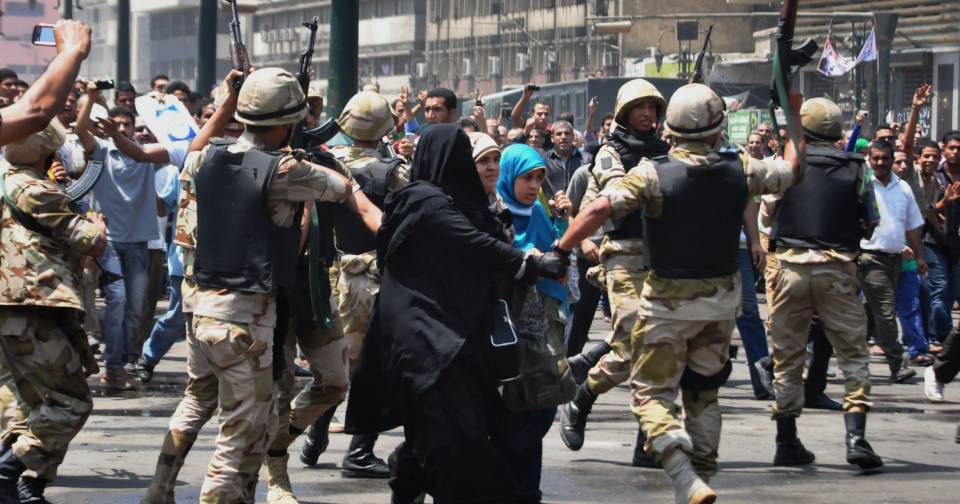 Last week, the massacres in Egypt reached grim new heights – and so did the narcissism and self-delusion of the Western human-rights industry.

Amnesty International called for the United Nations to carry out a ‘full and impartial investigation’ of the massacres. In the Guardian, calling for the prosecution of Egypt’s security forces at the International Criminal Court (ICC), human-rights lawyers Michael Mansfield and Tayab Ali declared that ‘Egyptians, NGOs and human-rights lawyers are organising themselves to bring the prosecution of perpetrators of international crimes using the legal principle of universal jurisdiction’. Calls for ICC intervention into the Egyptian tragedy are increasingly commonplace among human-rights activists and sections of the commentariat.

These demands suggest, at best, a profound ignorance of the workings of the ICC. For over a decade, the ICC has found itself ridiculed for issuing mistimed indictments, and it has been exposed as failing to enforce its own laws. That the human-rights lobby believes it could now successfully intervene in Egypt, and fix things there, is just embarrassing.

Egypt has not ratified the Statute of Rome, meaning that the ICC does not have statutory jurisdiction there. This does not, however, prevent the potential intervention of the ICC. Libya hadn’t ratified the Statute of Rome, either, and that didn’t stop the indictment of the Gaddafis at the height of the Libyan Civil War. Some human-rights lawyers have pointed to the example of Omar al-Bashir, the president of Sudan, as evidence that even those politicians supported by large sections of their populations – as the unelected military-backed rulers of Egypt claim to be – cannot escape the claws of the ICC. This is an odd example, though, given that al-Bashir was indicted in 2009 and has spent the past four years holding the ICC in contempt.

It is possible for the UN Security Council to refer a ‘situation’ to the ICC chief prosecutor, who can then issue an indictment. Alternatively, a troubled country can refer itself for assistance from the ICC, or the ICC can simply launch a prosecution on the basis of ‘communications’ from affected parties. Of course, the Egyptian military is not going to refer itself to the ICC, and there is no evidence to date of any ‘communications’ with the court from those being repressed in Egypt.

So in order for there to be a prosecution in Egypt, the UN Security Council would have to refer the ‘situation’ to the prosecutor. Which it is not going to do. As an Islamist group, the Muslim Brotherhood, the victim of the current clampdown in Egypt, is hardly a strong candidate for the Security Council’s assistance. The council convened an emergency meeting about Egypt last week, yet the results of that meeting have not even made it on to the council’s website yet. The fact that many of the countries around the table at the Security Council – most notably the US and the UK – have spent the past decade fighting a ‘war on terror’ against allegedly world-threatening Islamist groups makes it unlikely that the council will now take the side of Islamists against a military whose crackdown it implicitly backs.

Just consider the language that is being used by the West to describe the massacres in Egypt. US secretary of state John Kerry said the military’s removal of Morsi in July was about ‘restoring democracy’. While Obama may have suspended joint military operations with Egypt in response to last week’s massive massacres, his administration refused to use the word coup to describe the military’s assumption of power in early July or the smaller massacres security forces carried out prior to last week. Western governments may now be condemning the excessive violence against protesters, but they are broadly in favour of the coup. Issuing an indictment against the leaders of the Egyptian military would be contrary to their interests.

And this is what the human-rights lobby seems not to get: the ICC isn’t some impartial administrator of ‘international justice’; it is a tool through which the international community – a fancy term for the West – expresses moral disapproval of certain conflicts or actions that run contrary to its interests and values. This is why the ICC has focused the vast majority of its attentions on Africa in recent years, rather than on, say, the actions of American forces in the Middle East or of American-backed forces in other parts of the world – because its role is political, not legal.

It is, however, a good thing that the ICC is highly unlikely to get involved in Egypt. Because its past interventions have either been ineffectual or, worse, they have had a detrimental effect on the countries targeted. For example, the indictment of Gaddafi in Libya meant all neighbouring countries became obliged to hand him over if he crossed their borders, making it impossible for him to leave power early and thus dragging out the conflict. The issuing of ICC indictments also has the inevitable effect of expressing international support for one side of a conflict, through demonising the other side as ‘criminal’, which can be highly destabilising – this has been the case most notably in Sudan, where the indictment of al-Bashir has emboldened some of his military opponents.

Those calling for international law to intervene in Egypt have failed to understand that the fundamental purpose of the ICC is to pursue the interests of the ‘international community’ through other means. Last week offered a grim reminder of the terrible impact of the Egyptian coup, and it also confirmed the wilful self-delusion of the human-rights industry, which cleaves to the belief that the West both can and wants to rescue the repressed. Many of us can already see what is happening in Egypt, without the benefit of a UN investigation: there was a coup; the West implicitly supported it; and now, inevitably, there is instability and violence. It takes great naivety to imagine that institutions like the ICC, which exist to further Western interests, have either the desire or the capacity to ‘fix’ such a situation.

Luke Gittos is law editor at spiked, a paralegal in criminal law and convenor of the London Legal Salon.