For you, Tories, the war is over 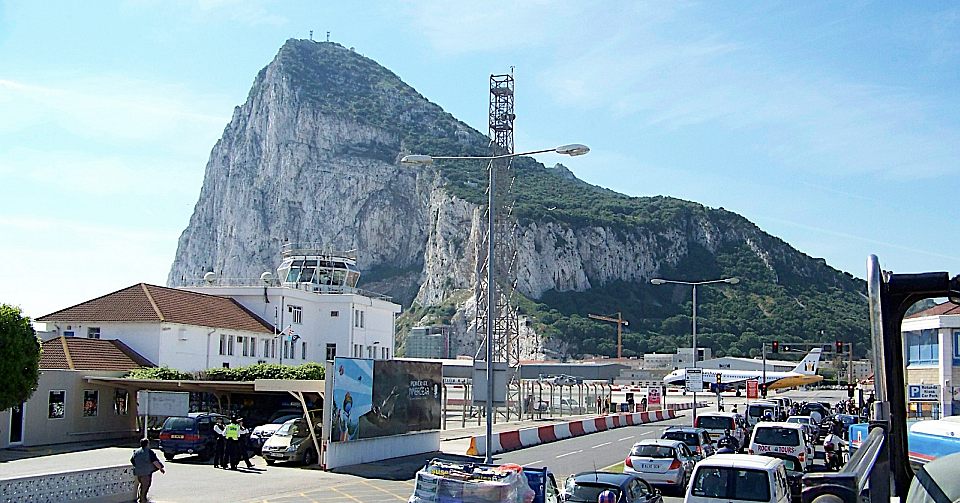 Is it 1982 all over again? Gibraltar’s chief minister declares that, in challenging the UK’s control over the colony, the Spanish government is emulating the Argentine military junta’s invasion of the British-ruled Falkland Islands, trying ‘to bang the nationalistic drum to make people look away from the national problems that Spain is suffering’. The Madrid press reports that Spain is to seek a ‘united front’ with Argentina against Britain, linking their respective claims to Gibraltar and the Falklands (Malvinas).

Meanwhile, the UK government threatens ‘unprecedented’ action in response to Spanish ‘sabre-rattling’, as three British warships steam towards Gibraltar. Boris Johnson, the London mayor and Tory Party leadership hopeful, attempts a Margaret Thatcher impression, boasting that ‘HMS Illustrious is about to bristle into view on the southern coast of Spain, complete with thousands of Royal Marines and other elite commando units. I hope that one way or another we will shortly prise Spanish hands off the throat of our colony.’

But no, it’s not 1982 all over again. No doubt both Spanish premier Mariano Rajoy and UK prime minister David Cameron are indeed indulging in some flag waving over Gibraltar in an effort to project a strongman image and distract from their domestic difficulties, rather as Argentina’s General Leopoldo Galtieri and Britain’s Margaret Thatcher both did way back then over the Falklands.

There, however, the parallels abruptly end. If Thatcher’s ‘Falklands Factor’ sounded a last hurrah for traditional Tory nationalism and British imperial power, then Cameron’s ‘Gibraltar Falter’ signals its decline into impotence. One Argentine writer pithily compared the Falklands war to ‘two bald men fighting over a comb’. Yet the Gibraltar stand-off makes that look like a meaningful major power clash by comparison.

What Galtieri-style ‘sabre-rattling’ has the Spanish government actually achieved in its efforts to rebuild the beleaguered PM Rajoy’s image? Have thousands of troops crossed on to Gibraltar, raised the Spanish flag and forced the locals to bend the knee? Not quite, so far.

All that has happened is that, after the Gibraltarian authorities built an artificial reef which some claim might interfere with the fishing industry, the Spanish imposed tighter border controls at the Gibraltar crossing. This has meant, reports the outraged British media, ‘very long delays’ for tourists and locals wishing to cross to the Rock. Apparently they face an even longer wait than those queuing for passport control at UK airports. Inconvenient, of course, but not exactly hand-on-the-throat imperial aggression. As for the promised anti-British ‘united front’ between Spain and Argentina, that is less a joint armada crossing the seas than a coordinated plea to the United Nations talking shop to give the UK a telling-off.

On the other side, the British response has not been quite as Falklandsesque as the Tory tub-thumpers might suggest. The ‘unprecedented’ retaliatory action that the Conservatives have mooted involves taking the UK’s EU ally Spain to the European courts over its alleged breach of sovereignty – that would be the same Euro-courts that the Tories denounce as a mortal threat to, er, British sovereignty.

Despite Boris’ rhetorical belligerence, the three British warships sailing towards the Mediterranean are not exactly a repeat of the taskforce that the Thatcher government sent 8,000 miles to fight in the South Atlantic. This mini-flotilla is, as Ministry of Defence officials have stressed, on routine and long-planned local exercises. That is about all the Royal Navy is capable of today. Even if ‘General’ Johnson were prime minister, there is no way that the diminished navy could launch a Falklands-style operation now (they barely got away with it back then). The death this month of Admiral Sandy Woodward, commander of the Royal Navy taskforce that re-took the Falklands, symbolised the effective end of the age of Great British gunboat diplomacy. In historical terms, sending a single warship to dock in Gibraltar now looks like taskforce repeated as farce.

As the Gibraltar dispute warms up again, the UK media have been busily outlining the long history of Anglo-Spanish conflict over who should control the Rock, since it was granted to Britain under the 1713 Treaty of Utrecht. There is no need to repeat the boring details here. But it is perhaps worth noting that the treaty was signed at the end of the War of the Spanish Succession. Despite its parochial name, that war was an international conflict involving Spain, France, Great Britain and their allies to decide which was to be the dominant power, not only in Europe, but across the oceans and around the colonial world. (As well as Gibraltar, the treaty granted Britain the right to slave trading in Spain’s American colonies, a triumph we hear rather less about today.) By comparison, the current diplomatic stand-off over the Rock looks like a legal dispute between neighbours about where their garden fence should be.

The importance of Gibraltar itself has also changed, along with the global standing of the protagonists. Historically, it was a vital strategic naval base in the Med. During the Second World War, it was deemed so important to British interests that Winston Churchill ordered emergency measures to save Gibraltar’s famous Barbary Macaques from extinction – legend has it that if the ‘apes’ ever leave the Rock, so will the Brits. Now, however, Gibraltar is less of a naval power-base than a tourist resort and a tax haven, a suitable symbol of what remains of UK influence in the modern age.

The more the British and Spanish governments posture over Gibraltar, the more pathetic and impotent they appear. The louder some attempt to do a Thatcher impression, the more they are revealed as a bad drag act. Whatever Boris & Co might claim, for the Tories the war is over. Britain may well stay in Gibraltar for now, along with the macaques. But the attempt to turn the Rock into the new Falklands is just so much monkey business.