‘The new feminism is just snobbery’

A glamour model for lads’ mags on why she can't abide censorious feminists. 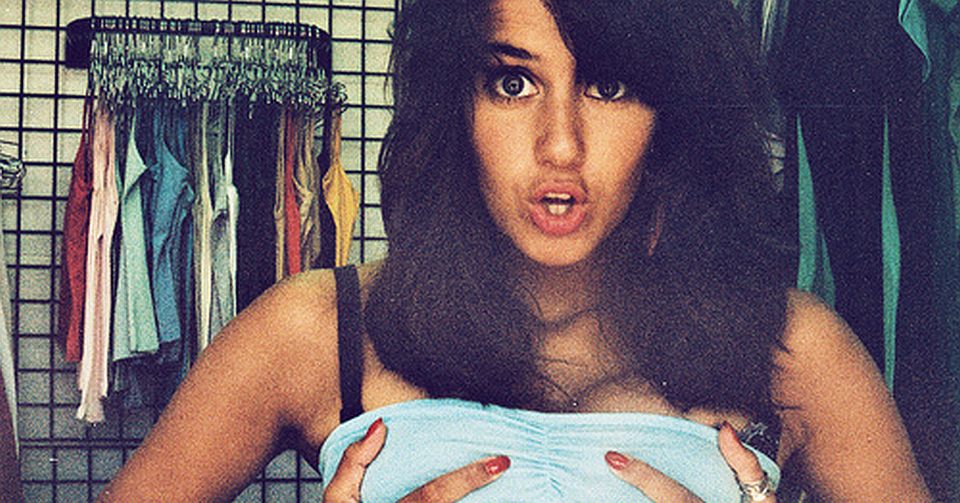 ‘If it had come around 15 years ago, when lads’ mag culture was at its height, then it may have been seen as something a bit sassier. But today the Lose the Lads’ Mags campaign just seems so dated – I am bored by the subject.’

It’s fair to say 25-year-old glamour model Seren Gibson, a fixture in Zoo, FHM and Nuts, and a star in the Daily Star, isn’t that impressed by Lose the Lads’ Mags, a cause currently gripping 46 self-styled feminists on Twitter and gaining column inches in nominally liberal broadsheets. As she tells me, this isn’t because she is either pro- or anti-lads’ mags. Rather, as she punningly puts it, she dislikes the ‘girl-on-girl divisiveness’ of the whole discussion, the fact it pits a self-appointed feminist elite against not only men, but other women, too.

And what of Co-op supermarket’s demand for lads’ mags to come in shame-inducing plastic covering? ‘It just doesn’t make sense. If they’re going to get rid of lads’ mags on the basis that they objectify women, then they would have to get rid of loads of women’s mags, too. That’s not to say I’m in favour of censorship – I’m not. I just mean that if you’re going to start banning lads’ mags, blaming them for perceived problems in society, then where does it stop?’

Gibson is an articulate, animated presence. Which is particularly impressive given that the humidity levels of the greasy spoon in which we meet are approaching those of the Central Line in August. She tells me how she got into glamour modelling as an 18-year-old student. ‘I just fell into it. I had come to London from Wales, and met my future agent in a Soho pub. She asked me if I’d ever consider doing it. And I was like “no way”. And then a month later, I’d run out of money, and I thought, “you know what, I might just do it”… It wasn’t a big life-changing decision. I was 18 and didn’t really think about the consequences. From then on, I just kept getting work, so it spiralled from there.’

Gibson is equally as matter-of-fact about the perceived demimonde of the glamour-modelling industry. ‘Only once have I felt uncomfortable during a shoot. And that was a straight fashion shoot. But for glamour-model shoots, I have never once felt uncomfortable. That is one of the myths about glamour modelling: that it is seedy. Most of the photographers in the industry are females now, and it’s all very clinical, very professional. At the first shoot I did, there were about 50 people there.’

What is interesting about Gibson’s portrait of the glamour-modelling industry, of posing for lads’ mags, is just how unthreatening it is, how distinctly non-abusive it is. It’s a snapshot from inside the world of lads’ mags that stands in stark contrast to the righteous, dystopian hyperbole of Lose the Lads’ Mags campaigners. For them, lads’ mags stand at the epicentre of contemporary misogyny, generating anti-women hate. For instance, UK Feminista director Kat Banyard argues that these ‘sexist publications… fuel sexist attitudes that underpin violence against women’. Fellow Lose the Lads’ Mags campaigner Sophie Bennett, from Object, says the same thing: ‘Lads’ mags dehumanise and objectify women, promoting harmful attitudes that underpin discrimination and violence against women and girls.’

Yet Gibson is far from convinced that lads’ mags really have this effect on men. ‘I just think it’s really condescending towards men – that is, it suggests that if men see a topless woman striking a slightly suggestive pose on the cover of magazine they will automatically get rapey thoughts. The media’s a very dangerous thing, if that’s the case. Just think of all the TV shows and films out there – if the media has the power the Lose the Lads’ Mags campaigners say it does, men would be out there murdering and raping, left, right and centre.’

And what of those women ‘dehumanised’ and ‘objectified’ by lads’ mags? Again, Gibson is forthright, pointing out that those models the feminist vanguard unthinkingly characterise as objects actually display a great deal of subjectivity, too. ‘Most of the glamour models I know may not be deemed intelligent in academic terms’, she says, ‘but they know their own minds, they know what they want; they’re very astute, and they’re definitely not stupid. And do you know what? Most of them are pretty happy with their lives.’

‘The campaign against lads’ mags is just so condescending and patronising’, she continues. ‘You know the kind of stuff: “These poor young girls who have been led astray and had to resort to glamour modelling.” It’s bollocks. When I was getting into it, many of the women who were glamour models had clawed and fought their way into it. They were ambitious young women. A lot more ambitious than me, in fact. And they got what they wanted.’

That the anti-lads’ mags brigade miss this fact shouldn’t be a surprise. For this small coterie, currently passing themselves off as feminist, turning out columns shot through with half-comprehended jargon like ‘intersectionality’, ‘privilege’ and, of course, ‘objectification’, are not really that interested in women’s freedom – the freedom, that is, to pursue a life of one’s own choosing. As Gibson herself says of ‘third-wave feminism’, it seems less concerned with ‘equality and liberty’ than it does with ‘finger-pointing and blaming’, with labelling certain people and opinions as beyond the pale, as ‘anti-feminist’, and so on. ‘That’s why I haven’t said anything yet, because I can’t be doing with all the shit that would come my way. As soon as you raise doubts about something like Lose the Lads’ Mags, you’ll be subject to an enormous amount of abuse on social media, especially Twitter.’

So if it’s not a concern with liberty or equality that is driving the current feminist assault on lads’ mags, what is it?

‘A lot of the anti-lads’ mags stuff is born of snobbery’, says Gibson. ‘I was watching Kat Banyard on Newsnight, and it struck me that the women who are behind this campaign are quasi-academic, middle-class snobs, as much as anything else. If there is a problem with lads’ mags, then it’s a problem in society. I certainly don’t think you can pin this on lads’ mags and the young girls that appear in them.’

Gibson broadens out the charge of snobbery to encompass what passes for contemporary feminism as a whole. ‘A lot of the new feminism is just snobbery. If Kate Moss is on the front cover of Vogue dripping with diamonds with her tits out, then it’s art; but if there’s a girl who’s not as stunning, who’s a little bit curvy, on the front of a lads’ mag, then it’s “disgusting” and “degrading”.’

And that is Lose the Lads’ Mags in a nutshell: a campaign grounded in snobbery and middle-class prejudice, which patronises the wrong type of women as victims and condemns the wrong type of men as unthinking, Nuts-inspired predators. And the weirdest thing of all, the great big fly in the new-feminist ointment? Well, as Gibson tells me, women have it pretty good at the moment. ‘Today, women can choose between lots of different roles. You can play the dominant, go-getting woman, or you can play the flirt. It’s very easy for women to get what they want nowadays.’ A good time to be a woman? ‘Yeah, a good time to be a woman’, she says.