A professor of ethics says we should chill out about performance-enhancing drugs. 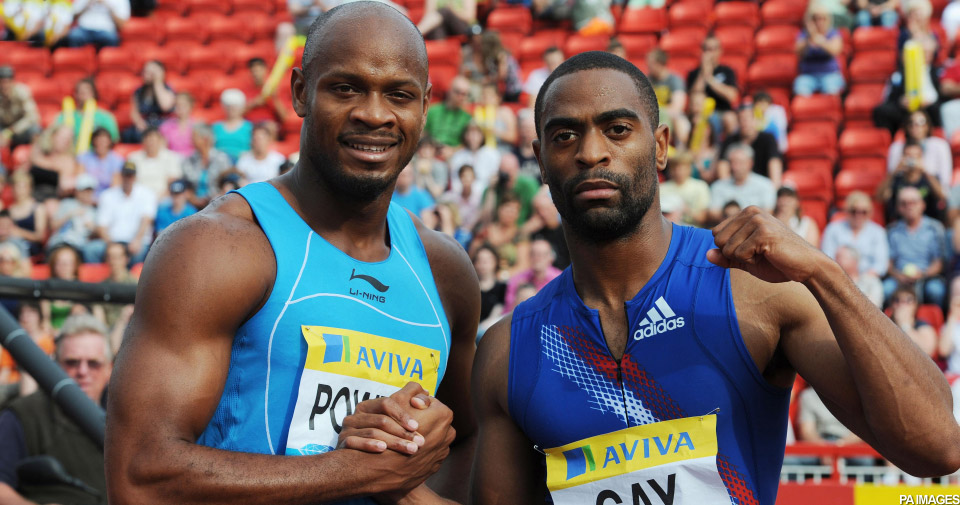 Last week, it was announced that the 2007 100-metres world champion and fastest man in the world this year, Tyson Gay (US), and the former 100-metres world-record holder, Asafa Powell (Jamaica), had tested positive for banned substances. Other lower-profile figures, such as Jamaican sprinter Sherone Simpson, also failed drugs tests.

The news did not come as a surprise to Julian Savulescu, professor of practical ethics at the University of Oxford, editor of the Journal of Medical Ethics, and a long-time critic of sport’s doping policy. He told spiked: ‘At a conference about a year ago, I asked Werner Franke, a world expert on performance-enhancing drugs, how many sprinters he thought were doping and his answer was that, if you go by history, six out of every eight 100-metres runners will be strongly implicated to have been doping. The odds are against you if you’re a sprinter. If you look at the people who have run around or about 9.7 seconds, a lot of them have subsequently been found to have been doping.’

Indeed. Only 10 men have ever run 100 metres in 9.8 seconds or less: Olympic champion and world-record holder Usain Bolt, Tim Montgomery, Tyson Gay, Asafa Powell, Nesta Carter, Maurice Greene, Yohan Blake, Justin Gatlin, Steve Mullings and, of course, Ben Johnson. Incredibly, only Bolt and Carter have remained untainted by doping. Of the others, four tested positive for steroids or ‘masking agents’ designed to disguise their use; Powell and Gay are currently under investigation; Blake tested positive for a stimulant in 2009; and Maurice Greene was identified in a US court as having paid $10,000 for drugs. Add to this the Bay Area Laboratory Co-Operative (BALCO) affair, which brought down, among others, multiple Olympic champion Marion Jones and Team GB’s very own Dwain Chambers, and it does look as if athletics is firmly rooted in the pharmaceutical mire.

The official response from athletics and anti-doping organisations to their own failure to kick drugs out of sport has always been consistently Beckettian: fail better. It doesn’t seem to matter that the anti-doping crusade has reinforced the public suspicion that everyone’s on something. It doesn’t seem to matter that it is singularly failing either to eradicate doping or to restore public belief in the sporting spectacle. We can’t go on, the anti-doping crusaders say, we go on. Or as the vice president of the International Association of Athletics Federations, Seb Coe, put it: ‘We have taken a tough stance on doping and will continue to do so.’

Savulescu is more than a little critical of this approach. ‘At the moment’, he tells me, ‘the only value WADA [the World Anti-Doping Agency] has is that no one should take any performance-enhancing drugs – and that’s a crazy value’.

What makes Savulescu’s intervention into the doping debate so refreshing is his willingness to demystify this great animus of sport’s overlords. ‘Performance-enhancing drugs are really just natural substances that are present in the body’, he says. ‘[Taking them is] just modifying physiology and it would be crazy to set limits to it.’ He illustrates this point with an analogy: ‘People try to drink water during endurance events. If you drink too much, you’ll kill yourself, but if you don’t drink enough, you’ll dehydrate. So people want to maximise the amount of water and glucose they take on board – and it’s the same for testosterone and oxygen-carrying capacity. So I think you should look at these substances, from testosterone to EPO, according to a better set of values.’

Of course, critics of any use of doping in sport argue that it would turn athletics into a competition between pharmaceutical companies. ‘That’s a legitimate concern’, say Savulescu, ‘but it doesn’t apply to the substances that are being used. So testosterone just helps you recover from training or injury. It just allows you to train more. It’s not removing the human element in the way that giving athletes bionic limbs would.’

Stripping performance-enhancing drugs of their sinister aura is central to Savulescu’s argument: ‘When people think of drugs they think of heroin, cocaine and ecstasy and the corruption of youth. But in reality, doping is little different to taking glucose during a race to help you perform as well as you can.’ At this point, Savulescu is quick to say that today’s doping programmes are considerably different to those of the past. ‘Anti-drugs types always trot out the example of the East German women from the 1970s [who suffered severe ill effects in later years from their dabbling with pharmaceuticals]. But that was essentially just a very crude biological experiment. Today, you see people who have been taking drugs for years, like Lance Armstrong, and there are no side effects. The science has moved on from what are stereotypically assumed to be performance-enhancing drugs. I don’t think the stereotypes have caught up with scientific reality in this era of performance enhancement.’

Yet while Savulescu is keenly aware of the failings of the current prohibitionist approach to doping, he is understandably reluctant to propose a fully worked-out solution: ‘I don’t have the answer, but it just seems that the moralistic, puritanical approach of USDA, WADA and so on is ruining [sport] for the spectators, it’s ruining it for the athletes, and it’s ruining it for sport. We basically need some kind of dialogue about where to set the limits.’

That dialogue does seem more likely now than ever before, with many senior figures and commentators starting to question the wisdom and efficacy of the zero-tolerance approach to doping. Last week, for instance, after those various athletes were put under suspicion, Doug Logan, former CEO of USA Track and Field, said: ‘We will continue to have sad days like today over and over again unless we rethink this. Laws that can’t be enforced shouldn’t be on the books. These substances which we as a sport are trying to regulate, we’re doing a poor job of it and we’re not preventing motivated young men and women from going ahead and using when they chose to.’ Elsewhere, the BBC’s sports editor David Bond suggests that the recent positive drugs tests may have pushed the sport beyond ‘the point of no return, the point where scandals of this nature are greeted with a shrug rather than shock’.

I ask Savulescu whether he himself has felt the ground shifting away from the anti-doping advocates. ‘Yeah, I think it is’, he says. ‘I started arguing [against the anti-doping regime] in 2002-2003. Back then, it really was a minority position, and was seen as being a bit crazy. But more and more people are seeing the scandals repeated and are asking what is going on. Sport will survive, but it will have to change. It is now just a matter of when the authorities decide to drop this prohibitionist stance.’

The danger here is that this is seen as a war lost, a failure of the anti-doping agencies to cope with a problem. But it shouldn’t be seen that way. There is a positive case to be made for the use of performance-enhancing drugs – which is that their use is born of persistent striving, a continual struggle to be the best, to push beyond the boundaries of what is thought to be humanly possible. Just as one athlete will train at high altitude in pursuit of excellence, so another will use EPO. Both are driven, not by something extrinsic to sport, such as a thirst for sponsorship, but by something intrinsic to it: the competitive urge. I ask Savulescu if in some ways, then, the anti-drugs stance is counter to the spirit of sport itself. ‘It does run against the spirit of sport’, he replies, ‘because human beings always want to improve, they always want to make themselves better. Ever since the first Olympics in Ancient Greece, people have used drugs. Today, professional sport is so demanding that the injuries that people suffer and the level of training that is required demand that you’re able to augment the human body and the repair mechanisms. That is the spirit of sport – to train harder, to try harder.’

As Harold Connelly, the 1956 Olympics hammer thrower, declared to the US Senate Committee in 1973: ‘The overwhelming majority of athletes I know would do anything, and take anything, short of killing themselves, to improve performance.’ Such drive should be seen as admirable, not a crime.