You can never have too much choice 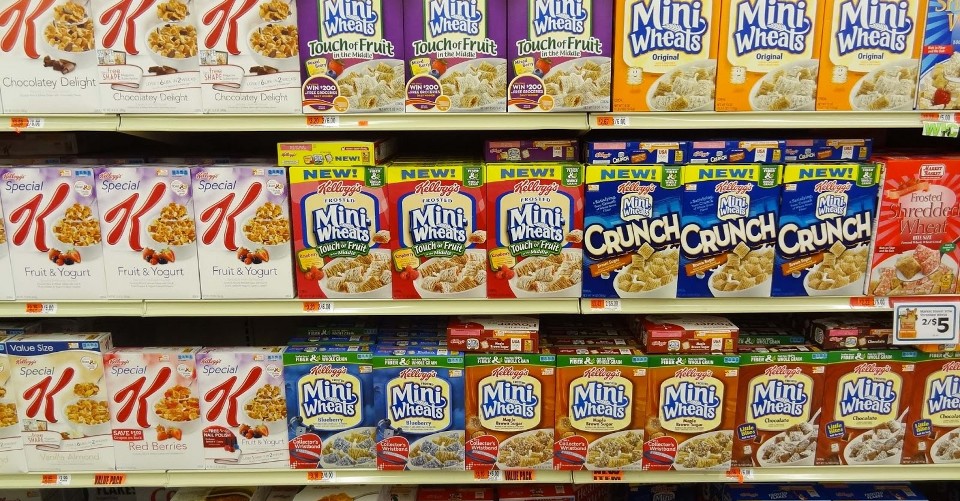 This summer at TED Global in Edinburgh, a lively networking conference, there was a talk on one of the true and terrible scourges of the modern world. This is a bit of a theme for TED. The same scourge was bravely but mercilessly exposed at TED Global three years ago in Oxford and nine years ago at the ur-TED itself in California. All three talks went down well with the hip folk who attend TED meetings. They nodded in agreement that this scourge must end, and soon.

The scourge in question? The thing that deserved as prominent a castigation as disease and poverty and tyranny? Too much choice. Yes, the pressing and urgent issue we face is that when we enter a supermarket, we find tens of brands of cereal and it is making us – wait for it – anxious. Oh woe.

This was Renata Salecl’s lament this year, as summarised on the TED website: ‘In our post-industrial capitalist age, choice, freedom and self have been elevated into an ideal – the ideal. But the flipside are [sic] increased feelings of anxiety, guilt and inadequacy at facing the possibility of not “making it” – that is, not reaching the ideal… Ultimately this has made us unable to move toward social change; our abundance of choices has made us politically passive.’

This was Sheena Iyengar’s lament three years ago, also from the TED website: ‘Instead of making better choices, we become overwhelmed by choice, sometimes even afraid of it. Choice no longer offers opportunities, but imposes constraints. It’s not a marker of liberation, but of suffocation by meaningless minutiae.’

This was how TED summarised Barry Schwartz’s lament in 2004: ‘Infinite choice is paralysing and exhausting to the human psyche. It leads us to set unreasonably high expectations, question our choices before we even make them and blame our failures entirely on ourselves. His relatable examples, from consumer products (jeans, TVs, salad dressings) to lifestyle choices (where to live, what job to take, who and when to marry), underscore this central point: too much choice undermines happiness.

Now, I don’t know about you, but last time I was offered blue-cheese, Ranch, French or thousand-island dressing for my salad, I don’t remember having a panic attack, or even needing therapy at all. I don’t generally find my heartbeat racing or my palms sweating as I contemplate the rows of different brands of toothpaste on the shelves. And I am rather relieved at having been allowed the choice of whom to marry. There are poor teenagers in Indian villages who have none of these choices: I do not envy them.

What examples do these choice-busters bring forward for their strange hypothesis that choice brings misery? Soon after communism collapsed, Iyengar invited a group of Russians to an experiment and offered them seven kinds of fizzy drink. They were unimpressed: ‘Again and again, they perceived these seven different sodas, not as seven choices, but as one choice: soda or no soda.’ Good on them, say I.

Yet from this she draws the following conclusion: ‘For Eastern Europeans, the sudden availability of all these consumer products on the marketplace was a deluge. They were flooded with choice before they could protest that they didn’t know how to swim.’ Again, I am no expert on this, but I’d say post-Soviet corruption and pollution, coupled with kleptocratic tyrants, come slightly higher up the list of challenges facing Russians than the horror of not being bothered about the difference between Coca-Cola and Pepsi Cola.

Iyengar cites another example: when the decision to switch off life support for a child has to be taken, American parents – who are generally given the decision to take themselves – end up slightly unhappier than French parents, for whom the choice is taken by doctors. I am sorry but I find it almost offensive to see this desperately unhappy, and thankfully rare, dilemma used to buttress a political argument either way.

In any case, there is some actual evidence. A few years ago, Benjamin Scheibehenne and his colleagues published a paper entitled ‘Can There Ever Be Too Many Options? A Meta-Analytic Review of Choice Overload‘. Being a meta-analysis (a study of studies), the paper was able to check whether individual studies were typical or fortuitous. Its conclusion, after analysing 50 experiments, was that there was a ‘mean-effect size of virtually zero’ in the effect of great choice on motivation or satisfaction. In short, choice does not cause anxiety after all.

Matt Ridley, is a scientist, columnist and author. His most recent book, The Rational Optimist: How Prosperity Evolves, is published by Fourth Estate. (Buy this book from Amazon(UK).)