Politicians publicly renouncing their former beliefs, the youth raging against the elderly... the SSM campaign has eerie echoes of history. 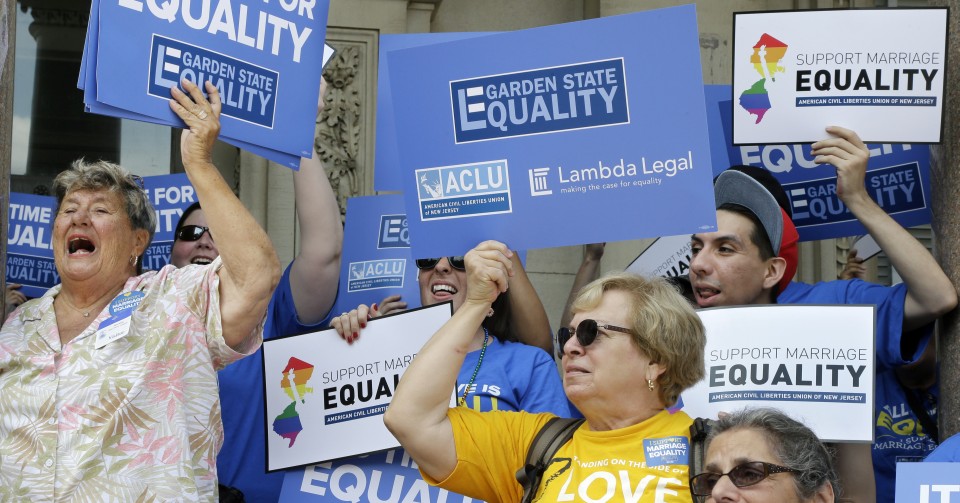 The campaign for gay marriage in the US is starting to resemble the Cultural Revolution in Mao’s China. Politicians denouncing their own prior beliefs, people hounding others to recant, the young being upheld as morally superior to the ‘backward’ older generation… it all feels worryingly familiar.

According to the new orthodoxy, we will not have a gay-marriage debate, because you don’t argue with bigotry and homophobia. The most prominent supporters of same-sex marriage (SSM) in the US today – establishment voices from the New York Times to Democratic Party politicians – do not engage with views from the other side; they dismiss them as hateful. Pro-SSM campaigners are trying to make expressions of support for traditional marriage, or the questioning of full marriage rights for gays, appear as beyond the pale as Jim Crow and Holocaust denial.

With its decisions last week, the US Supreme Court added its considerable weight to the movement to silence those who uphold the historical understanding of marriage. In striking down the 1996 Defense of Marriage Act (DOMA), the Court’s 5-4 majority divined that the only motive for the act was a ‘bare… desire to harm a politically unpopular group’. In other words, in passing this act Congress was driven by irrational hostility to gays, nothing more.

In its written opinion, the majority does not even consider the arguments provided by the law’s proponents. As Justice Antonin Scalia noted in his dissent, to do so would have made it ‘harder to maintain the illusion of the act’s supporters as unhinged members of [a] wild-eyed lynch mob’. Like the campaigners, the Supreme Court is now arguing that any defence of the traditional view of marriage is inherently malicious.

In addition to quashing dissent, what makes the gay-marriage campaign a dark kind of Cultural Revolution is its white-washing and distortion of history. SSM advocates face an obstacle in their attempt to make ‘traditional marriage equals bigotry’ an unquestioned dogma: it flies in the face of the historical record and experience. It was not so long ago that many reasonable people espoused a conventional view of marriage, and in no way could they be said to be animated by hatred towards gays. And so today’s gay-marriage campaigners are forced, like Maoists of the past, to rewrite history to have it conform with today’s new party line.

For example, in 1996, DOMA was passed by an overwhelming bipartisan majority (342 members of the House and 85 Senators), and signed by a Democratic president (Bill Clinton). And at the time, only about a quarter of Americans polled were in favour of gay marriage. Yet today, the Supreme Court and gay-marriage campaigners are effectively saying the country was stricken with a mass outbreak of gay-hating madness at the time.

Politicians over the past year or so have felt compelled to recant their prior beliefs regarding marriage. Most famously, President Barack Obama announced in May 2012 that his view ‘evolved’ into support for SSM. Now, Democratic Party leaders hope no one dwells on their jettisoning of recently held positions. When the Supreme Court decided to strike down DOMA as a violation of the Constitution, Bill and Hillary Clinton hailed its move, conveniently omitting that Bill himself signed it into law, and that both praised the act at the time and years after. Today, the line pushed by Obama and the Clintons amounts to: if you hold the position I did a few months ago, you are an inhumane bigot. For all Obama’s talk about ‘evolving’, it’s actually a very abrupt and radical about-turn that he and others are advocating.

This is not considered a matter of individual conscience. No, for the past year Democrats have come under tremendous pressure to get with the programme. The Huffington Post has been on a crusade to name and shame those who do not fall in step. And in a ritual-like process, on an almost daily basis over the past year politician after politician has announced that they have seen the light and have renounced their former bigotry. Demonstrating a remarkable obedience to the new line, all but three Democratic Party senators have embraced same-sex marriage. But even that’s not enough, apparently: as the Guardian asks of the three holdouts, ‘Why won’t they toe the party line?’.

Aside from the lemming-like conformism, there’s another aspect to the gay-marriage conversion process that is creepily reminiscent of the Cultural Revolution: the appeal to the young as a font of purity and wisdom. All the time we are told we must kowtow to young people’s views on gay marriage above those held by the older generation. Politicians from Obama to Republican Senator Rob Portman tell us that their children led them to change their positions.

More generally, the turn to youth as the source of moral authority is another way of shutting down discussion; it’s about saying ‘young people are overwhelmingly in favour, it’s only a matter of time, it is futile to resist, you are going against history, etc’. On many topics, we might say young people are misguided, that they are too inexperienced or immature to know what’s right, and that their views are likely to change as they grow up. But with same-sex marriage, we’re all supposed to bow down to the youth, and nod along as they lecture their elders about what unenlightened relics they all are.

The media drumbeat is that most Americans now support same-sex marriage, and that its realisation nationally, especially after the Supreme Court decisions, is ‘inevitable’. But this line itself is part of the campaign’s propaganda strategy, and the media have willingly gone along with it. Two weeks ago, a Pew survey found that media stories supportive of SSM outnumbered those opposed by a five to one – a ratio a state media controller might be proud of. Momentum in society towards acceptance of gay marriage is undoubtedly increasing, but in the midst of the rush to make it a fait accompli, it is worth pointing out that 35 of the 50 states have bans on gay marriage, and polls show that about 40 to 45 per cent nationally remain opposed.

Reasonable people can disagree on the substantive question of whether marriage law should include gay and lesbian couples. But our Cultural Revolutionaries don’t see any reasonable opponents. Instead of recognising that this is a complicated and relatively new issue, with various constituencies having legitimate concerns and the public essentially divided, the gay marriage campaigners tell us it is all very simple – either you jump on the train of history, or you’re a bigot.

Many hope that the eventual outcome will be a pragmatic accommodation from both sides, and a more live-and-let-live attitude. But when you see people dishonestly scrambling to revise history, and elevating youth above the older generations to try to eradicate any remnant of the past, you get the sense that gay marriage is not a typical issue, and its proponents might not rest until we all recant our supposed historical bigotry.