A report, ignored by Leveson, reveals that police sat on evidence of widespread phone-hacking by top firms while rounding up journalists. 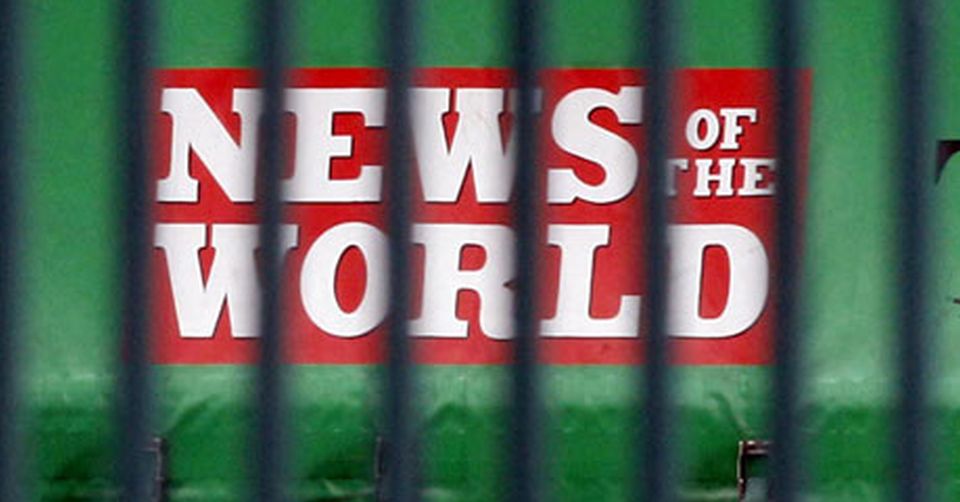 There has been plenty of outrage about surveillance and hacking in the UK’s more radical political circles of late. First, protest and environmental groups have demonstrated that they are truly ‘green’, in the sense of naive, by recoiling in horror from suggestions that the state has been snooping on and infiltrating their activities – something that, in the old days on the left, would have been assumed to be an everyday event. Then Liberty, the misnamed leading British civil rights lobby, confirmed its commitment to legal cretinism by announcing that it would report the security services to the Investigatory Powers Tribunal for hacking into its communications. In other words, Liberty was demanding that the British state be brought to book by, er, the British state.

Amid all this surveillance and hacking hysteria, however, one newly reported scandal has so far made rather less public impact and sparked less radical outrage. Why? Because it reveals that the tabloid press was far from the only British institution engaging in phone hacking and dodgy surveillance methods. And that, far from being the criminal super-villains depicted today, the newspapers have been singled out for punishment by freedom-loathing state authorities who were happy to turn a blind eye to the hacking activities of other corporations, celebrities and professions.

This story broke on Saturday, when the Independent ran a front-page exclusive under the headline ‘The Other Hacking Scandal’. It revealed the existence of a suppressed report which showed that a top police body, the Serious and Organised Crime Agency, had known six years ago that ‘some of Britain’s most respected industries routinely employ criminals to hack, blag and steal personal information on business rivals and members of the public’. Those identified as using hackers, blaggers and thieves in their business included top law firms, telecoms giants and insurance companies, as well as popular celebrities.

One of the key hackers mentioned in the SOCA report apparently admitted that only 20 per cent of his dirty work came from the media, the other 80 per cent of his hacking being requested by law firms, insurance companies and wealthy individuals. What is more, the police reportedly found evidence of some blue-chip clients using private detectives to listen into targets’ ‘real-time’ phone calls – a far more advanced form of snooping than the crude hacking of voicemail messages by the News of the World.

Yet for six years, SOCA sat on these facts and did nothing. While the police were launching a huge operation to arrest journalists, editors and their contacts, scooping up hacks in dawn raids, others were allowed to carry on hacking and blagging with apparent impunity.

Actually, it is not entirely true to say that the police did nothing with this information. They did submit it to the Leveson Inquiry, as a confidential report (so much for a ‘public’ inquiry and open scrutiny…). Lord Justice Leveson did not mention any of this in his report, which made such scathing criticisms of the press on the back of phone-hacking by the NotW.

Nobody should be too surprised at news that the News of the World was not the only UK institution happily hacking phones and using other illegal snooping methods. After all, industrial espionage – the practise of businesses spying on their market rivals – is as old as industry itself, and has more recently expanded to spying on customers. Law firms have been digging the dirt on spouses since Henry VIII divorced Catherine of Aragon, and insurance companies have been keen to disprove policy-holders’ claims since they first replaced witches as providers of security against disaster.

The suppressed police report includes a document called ‘The Blaggers’ Manual’, which shows companies how to access private information from the health service, tax office and other institutions, and spells out that ‘ethics’ – so often a word thrown at the press – has no place in the dirty business of capitalism: ‘It is probably a good idea to overcome any moral hang-ups you might have about “snooping” or “dishonesty”‘, it read. ‘The fact is that through learning acts of technical deception, you will be performing a task which is not only of value to us or our client, but to industry as a whole.’

What is striking is not that blue-chip UK companies have hacked and blagged and stolen information. It is that top police agencies had hard evidence of such widespread top-level wrongdoing throughout the phone-hacking scandal. Yet they sat on it while continuing to round up journalists in dawn raids. SOCA apparently submitted its evidence to the Leveson Inquiry only as a secret report. And Lord Justice Leveson in turn failed to mention a word of it, never mind publish its findings. Presumably there simply was not space among the mere million words of his 2,000-page report.

These revelations confirm what some of us have argued all along. That the Leveson Inquiry was not really about protecting the public from the crimes of phone-hacking or illegal surveillance. It was about getting the popular newspapers. The NotW hacking scandal simply became the pretext for pursuing a broader agenda of purging the press of that which is not to the taste of many in high places. That was why the inquiry was not set up to probe newspaper phone-hacking – already being done on a grand scale by the Metropolitan Police – but to sanitise the entire ‘culture, practice and ethics’ of the UK press.

Far from being subject to the same law as everybody else, it should now be obvious that the press and journalists have been singled out for special treatment by state bodies from SOCA to the judge-led inquiry and the courts. Their concern has been not to uphold justice, but to tame and curtail the freedom of the press.

Among MPs who did notice them, the revelations of this other hacking scandal have started rumbles about the need for further investigations. Does this mean we now need a Leveson-type inquiry into law firms and other institutions? Of course not. These offences should strictly be a matter for the criminal law, as the NotW hacking scandal should have been in the first place. The last thing we need is yet more drawn-out judge-led inquiries into public affairs.

What it surely does mean, however, is that nobody should accept the Leveson Inquiry as a legitimate, fair-minded judgement on the press. The inquiry was effectively a carefully staged showtrial in which the tabloids were targeted and found guilty before proceedings began.

It is high time that those who are serious about defending liberty in our society took a clear-eyed view of the British state. State authorities are no friends of freedom. They can be relied upon to try to keep tabs on radical groups (however ineffectively). They can never be trusted to defend our freedoms, whether in the guise of the Investigatory Powers Tribunal, the Leveson Inquiry and courts, the Serious and Organised Crime Agency, or the Privy Council overseeing a Royal Charter to regulate the press.

The irony is that if there is one group in society that should sometimes be able to break the law in pursuit of the truth, it is surely investigative journalists. Yet journalists are instead the ones who have been singled out and set up for persecution in the largest police investigation in British criminal history, as if they were public enemy number one.

Mick Hume is spiked’s editor-at-large. His book There is No Such Thing as a Free Press… And We Need One More Than Ever is published by Societas and is now available in print and Kindle editions. (Order this book from Amazon(UK).) Visit his website here.