Roll up, roll up – watch Nigella being strangled!

The Nigella Lawson ‘choking’ incident confirms that respectable observers are as good at being voyeuristic and moralistic as any tabloid hack. 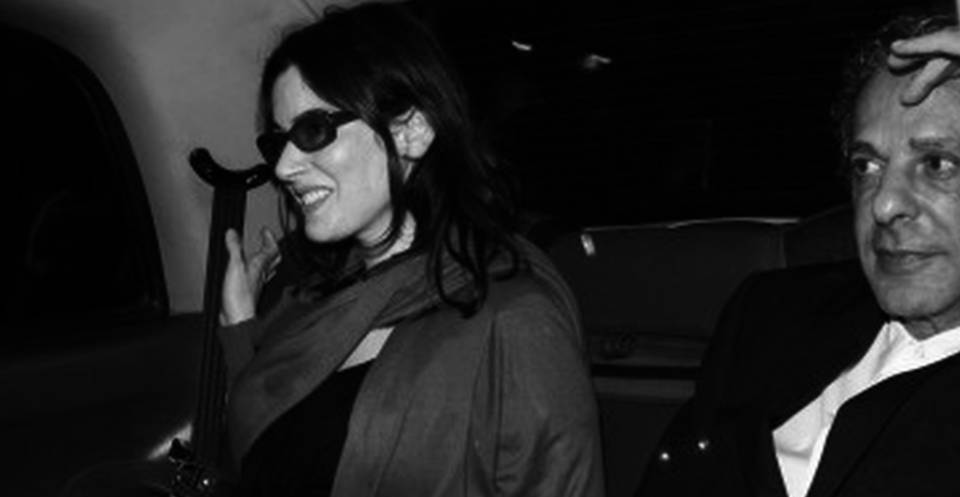 So now we know when tabloid voyeurism is acceptable: when its target is a woman allegedly being abused by her husband. Then, it seems, it’s okay to surreptitiously snap people from afar; to splash their images across the front pages of the papers; to write cod-sociological columns about an individual’s moral failings; to tweet endlessly about someone’s private life. If you dress up your long-nosed media peeping and gossip-mongering in the language of ‘victims’ and ‘perpetrators’, and describe it as an exercise in ‘raising awareness about domestic violence’, it seems you can get away with any level of intrusion into people’s private affairs.

That’s the lesson of the Nigella Lawson incident. This affair has blown apart the extraordinary double standards of the respectable commentariat in relation to tabloid snooping on celebs. For much of the past two years, Good, allegedly public interest-pursuing observers have furiously wrung their hands over the tendency of the tabloids to follow celebs, rifle through their bins, take long-range photos of them, and generally turn them into symbols of moral depravity. Yet now, following the publication in a Sunday newspaper of Ms Lawson seemingly having her neck grabbed by her husband Charles Saatchi, all that discomfort with spying on celebs seems to have been shelved, as everyone from tabloid hack to feminist campaigner to broadsheet writer holds forth on what these pics reveal about Ms Lawson, her husband, and the state of the world in general.

The Lawson affair has unleashed pseudo-socially aware voyeurism, a deeply salacious poring over two people’s private lives dolled up as a concerned attempt to understand how even successful women can become ‘victims’. Tabloid and broadsheet alike, both the caricatured lip-licking tabloid hack and the more highbrow chin-stroking carer about women, have joined in the Nigella-pitying, Charles-hating gameshow. While every tabloid in the land has splashed on its front pages the tantalisingly described ‘NIGELLA CHOKE PICS’, the broadsheets have opted for a more sober analysis of what these photos apparently reveal about modern-day gender relations – alongside the actual NIGELLA CHOKE PICS, of course. One broadsheet writer describes herself as ‘gawking’ at the photos, beholding Lawson’s ‘obvious, chilling terror’, and seeing the pics as confirmation that even ‘handsome, clever, rich’ women can be victims of domestic violence. When Sun readers ‘gawk’ at pap shots of Sienna Miller or some other celeb exiting a nightclub, they’re being voyeuristic and vulgar, apparently; but ‘gawking’ at Nigella and sharing in her terror is okay, it seems, and indeed has become an ugly national sport over the past 48 hours.

Where tabloid readers are accused of trying to get a cheap thrill and raise their temperatures through gawking at papped celebs, the more right-thinking sections of society claim their gawking is about ‘raising awareness’. A writer for the Telegraph hopes ‘the sight of Nigella frozen in fear, as her husband apparently chokes her’ will help explode some of the ‘myths about domestic violence’, especially the belief that it doesn’t happen to middle-class people. Others have floated the idea that distressed Nigella is potentially a ‘lightning rod to raise awareness about domestic violence’. They say it would be wonderful if ‘Lawson [had] the confidence and strength to take a stand and also press charges against a violent man’. Where tabloids have a penchant for turning papped celebs into symbols of some sort of civilisational decay – whether by virture of their drunkenness, drug-taking or extramarital shenanigans – the posher, awareness-raising voyeurs prefer to turn papped celebs into cardboard cutouts of victimhood that we can all weep over and learn from. In both cases, it’s the bawdy urge to peep and be moralistic that is most powerful.

If anything, the broadsheet stabs at raising awareness through the Nigella story are worse than the tabloid poring over the NIGELLA CHOKE PICS. At least the tabloids are being fairly honest about what they’re doing: publishing SHOCKING and HORRIFIC pics (their words) of a celeb in seeming distress. More respectable observers, by contrast, disguise their voyeurism as a form of radical social activism, as a method of enlightening the public about the scourge of domestic violence, when in truth they’re also merely ‘gawking’ at Nigella because the pics arouse nice, warm feelings of concern and sorrow – feelings which can then be ostentatiously splashed across Twitter to show ‘I CARE’. It’s vicarious anger, expressed by the awareness-raisers because apparently Ms Lawson is incapable of expressing it herself, and it’s ugly and self-serving. As one columnist puts it, ‘the fear in her eyes… genuinely upset me’. They keyword here is ‘me’.

The fact is that the NIGELLA CHOKE PICS do not reveal any great truth – not even about Ms Lawson and Mr Saatchi’s relationship, far less about domestic violence more broadly. A handful of photos taken at a restaurant do not ‘reveal all’ about a longstanding personal relationship; they do not show that Ms Lawson is a typical victimised woman, whatever that is, or that Mr Saatchi is the scum of the earth. Using four photos to deduce that Ms Lawson is ‘just like any other vulnerable woman’ is tabloid reductionism at its worst, though it’s appearing in the broadsheets. Imposing such a moralistic straitjacket on to what is undoubtedly a complex human relationship reveals that the respectable sections of society are as good at dimestore, kneejerk moralism (better, perhaps) as any raging redtop paper.

It is fitting that many feminists are ‘gawking’ at the NIGELLA CHOKE PICS and trying to turn them into symbols of the moral rot of modern relationships, and that the police have announced that they are investigating the alleged affray, despite having received no complaint about it. Because these sections of society – mainstream feminist thinkers and various agents of the state – are the prime authors of today’s obliteration of private life and private relationships, not tabloid newspapers. That serious observers and coppers should be getting the moral hots over snaps of a couple fighting makes sense: these influential actors, far more than paps and hacks, have overseen today’s muddying of the line between private life and public life and the intrusion of officialdom into our homes and our every relationship and interaction. Indeed, one feminist writer commenting on the Lawson affair said, ‘One of the triumphs of feminism has been to break [the] tyranny of privacy’. And now we have the end result – a mass, frenzied gawking at a couple going through a rough patch, followed up by much rubbing of hands or stroking of chins, depending on how you get your kicks.