‘We are not forever chained to this planet’

Three cheers for Neil Armstrong, the twentieth-century embodiment of man’s age-old yearning to explore and discover. 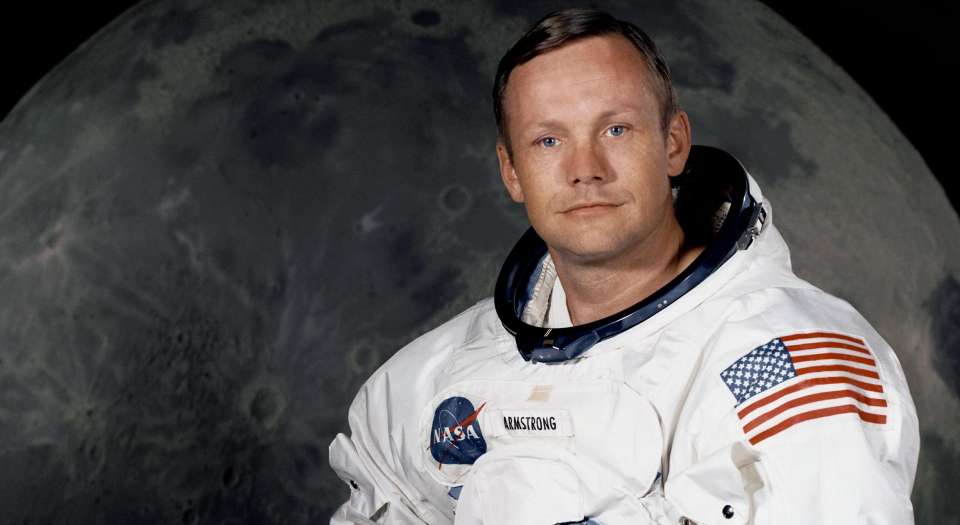 It is July 1999 – 30 years since the Apollo 11 moon landing – and Neil Alden Armstrong is doing a press conference at the Kennedy Space Centre in Florida. Someone asks him what he thinks is the legacy of that famous mission. His response is striking: ‘In my own view, the important achievement of Apollo was a demonstration that humanity is not forever chained to this planet, and our visions go rather further than that, and our opportunities are unlimited.’

In a few unrehearsed clauses, Armstrong did something unusual. He articulated a crucial and, today, often obscured aspect of our humanity. That is, he expressed our very human ability to surpass ourselves, to go beyond what is possible in the here and now and towards what might be possible in the future. Armstrong makes no mention of our limits, of our horizons. We are not ‘chained’ to extant possibilities, he is saying; we are forever in the process of discovering new opportunities. He’s right, but not just about space exploration. He’s right about human history: think of social and political revolutions; think of the immense material gains and development of the past couple of centuries; think of the explorers of the New World; and think, too, of man’s ventures into space. The list goes on. Human history, you see, is a tale of people unchaining themselves, of discovering that there are no limits which cannot be transcended.

Armstrong’s death this weekend, aged 82, provides us with a chance to remember that his life was an illustration of what he believed: that man is always capable of envisioning and realising more than there currently is.

Born on 5 August 1930 in Wapakoneta, a small town in Ohio, at first glance Armstrong’s early life seems unremarkable. Apart, that is, from his obsession with that symbol of human aspiration and striving: flight. At six years of age, his dad had taken him for a ride in a Ford Trimotor aeroplane; by 15, Armstrong had learnt to fly one. An engineering degree at Purdue University followed, interrupted by the Korean War during which Armstrong, predictably, became a fighter pilot. After marrying his first wife in 1956, Armstrong signed up to be a test pilot for the National Advisory Committee on Aeronautics, which meant he was doing test flights at 4,000 miles per hour. According to the commentary, Armstrong’s exploits in military aviation, a mixture of technical skill, a steel will, and engineering knowledge, are still spoken of with awe.

By the late 1950s, however, Armstrong was excited by something else, a challenge then being offered by the National Aeronautics and Space Administration. ‘I thought the attractions of being an astronaut were actually, not so much the moon, but flying in a completely new medium’, he told his biographer. So it was that in 1966, Armstrong, with the help of his co-pilot David R Scott, became the first American civilian astronaut to fly in space. And then, three years later, came the moment that was to define Armstrong, indeed define an era. On 20 July 1969, Armstrong and co-pilot Edwin ‘Buzz’ Aldrin manoeuvred a lunar-landing craft on to a rocky plain near the south-western shore of Sea of Tranquillity on the moon. ‘Houston, Tranquillity Base here’, came Armstrong’s voice over the radio: ‘The Eagle has landed.’ Then, as he planted his feet on the lunar surface, Armstrong uttered those words: ‘That’s one small step for [a] man, one giant leap for mankind.’ What had seemed unimaginable a generation ago was now a tangible reality: a man was on the moon.

As many obituaries and reflections have noted, Armstrong’s life after the moon landing was modest in every sense. By 1971, he was more than happy to work as an engineering professor at the University of Cincinnati, and live in relative peace on a farm in Ohio. He never courted publicity and, if it came to him, he was always keen to deflect the praise on to the thousands of people who had made the Apollo 11 landing possible. In our era, one noted for celebrity-for-celebrity’s-sake fame, a man with genuine cause to be celebrated steered clear of the limelight.

But, aside from Armstrong’s sheer lack of vainglory, there’s another reason for the relative reclusion of his later years. That is, the aspect of our humanity which Armstrong encapsulates so acutely had fallen out of fashion. His was a character and a set of achievements that, by the 1990s, no longer resonated with the ruling ideas of our time. The ambition, the striving and the sheer risk-taking gumption seemed near enough anachronistic by the point he spoke up for them on the Apollo landing’s thirtieth anniversary. In 1969, for instance, Armstrong put his chances of landing the Eagle without dying at around fifty-fifty. And the odds on him being able to launch the thing again were little better. Apparently, the then president Richard Nixon had even prepared a TV address in the event of Armstrong and Aldrin being left to die on the moon. Yet the risks were taken because the rewards were deemed to be worth it. Today, little is deemed worth the risks a man like Armstrong was prepared to take.

In terms of the history of manned space flight, two events are cited as significant in the dampening of enthusiasm for space exploration. Most famously, in January 1986, before a live, global television audience, the space shuttle Challenger exploded shortly after its launch, killing all seven crew members. And then, in February 2003, the Columbia shuttle exploded upon re-entry, likewise killing all crew members. But, while these disasters were tragic, they weren’t responsible in and of themselves for the loss of space-travelling nerve.

In fact, it is notable that after the Challenger disaster in 1986, the attitude of the US government and NASA was mournful, but resolute. In the words of then President Ronald Reagan, ‘the Challenger crew was pulling us into the future, and we’ll continue to follow them’. This steadfastness was reflected in the media coverage of the time. ‘Within the broad canvas of space exploration past and to come’, noted The Times (London) editorial, ‘the loss of life yesterday may be counted a small price to pay for progress’. As plenty of observers have since noted, the governmental conviction that space exploration, despite the attendant risks, must continue, was no doubt still sustained by the ebbing energies of the Cold War. As President John F Kennedy told NASA chief James Webb in 1962: ‘[The moon landing] is important for political reasons, international political reasons. This is, whether we like it or not, an intensive race.’

By the time of the Columbia disaster in 2003, the Cold War was over. But the US was not the confident world power one might have expected it to be. Instead it was uncertain, anxious. The reasons for getting men into space were no longer obvious, and the justifications – The Times‘ ‘price of progress’ – were no longer forthcoming. Instead, a sense of trepidation, not resolution, was palpable in the reaction to the Columbia disaster. ‘We find the best among us’, stated then President Bush, ‘send them forth into unmapped darkness, and pray they will return’. UK broadsheet the Independent was similarly keen to emphasise American powerlessness. ‘There can be no harm’, ran its editorial, ‘in the US coming to terms with the idea of limits to its power’.

After Armstrong’s death, a similar ‘End of the American century’ riff has been playing in many of the obituaries and comment pieces. One suggested that Armstrong’s era, as heroic as his own achievements were, was driven by little more than ‘imperialistic showmanship’. Elsewhere, another commentator argued that, for today’s young, the moon landings don’t really make any sense: the ambitions and aspirations seem foreign. ‘[Children today] learn that America landed men on the moon just as they learn that Egyptians built the pyramids, but the motivations seem almost as bizarre in the one case as in the other.’ In 1999, Armstrong himself admitted as much when he remarked that children today do not learn about the Apollo missions in science and technology; they learn about them in history.

And little wonder. Now, across the West, a new so-called realism predominates. By comparison, the feats of Armstrong’s era seem excessive, wasteful. ‘How can we justify costly missions in space when so many people here on earth lack adequate healthcare, housing, education and other necessities?’, moans a columnist in Scientific American. To talk of ‘unlimited opportunities’, to assert that man is ‘unchained from the planet’, runs against the grain of mainstream political discourse, dominated as it is by environmentalist-cum-neo-Malthusian assumptions. Today, it is near enough an accepted truth that there are natural limits which man cannot surpass. Resources are limited, the planet is finite, and we, Armstrong’s ‘mankind’, are utterly incapable of making even small leaps beyond those limits, let along giant ones. Space today, if it serves any function, is there to remind us how utterly small and insignificant we are.

Yet that aspect of our humanity which in so many ways Armstrong embodied has not disappeared forever. As the excitement generated by Curiosity‘s trip to Mars shows, the yearning to reach beyond the limits of the present persists. Now, if only we could get a man on Mars.