Meet the author who lied on behalf of the EU

Award-winning German writer Robert Menasse has been exposed as a peddler of fake news. 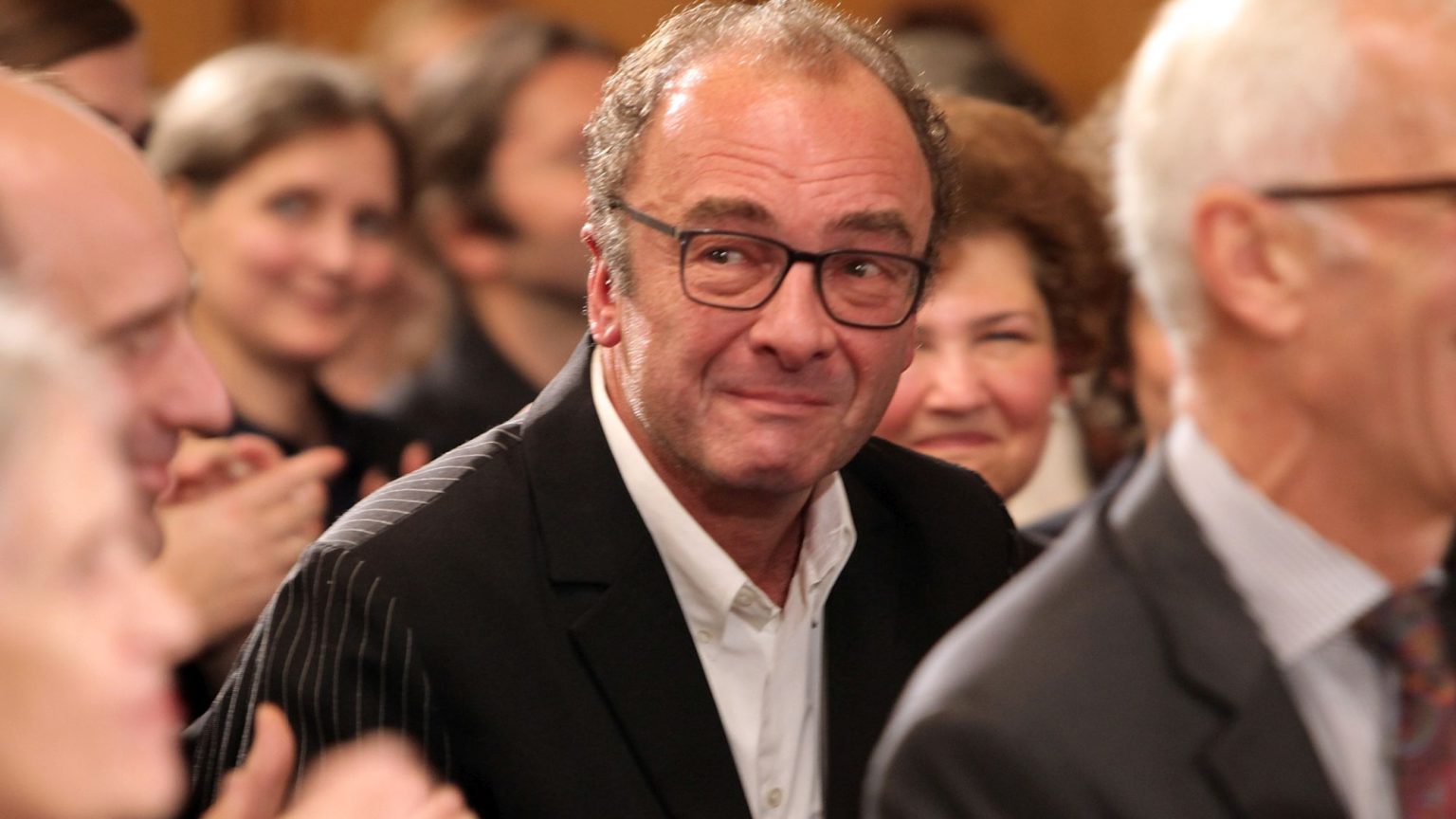 The Vienna-born author Robert Menasse is a talented storyteller, and a propagator of EU myths. He has won numerous literary awards, including the German Book Prize (comparable to the Booker Prize), awarded to him for his 2017 novel, The Capital – a crime story, set in Brussels, which has been praised as ‘the first great EU novel’, and a ‘political commentary on the importance of Europe over national egotism’.

But, in January, as Menasse was due to receive another prestigious award, this time from the state government of Rhineland-Palatinate, allegations that he had used false quotes and facts in his fiction and non-fiction texts resurfaced. ‘A state prize for the king of fibs’, was the scathing headline to one newspaper article.

The factual distortions relate to the German politician Walter Hallstein, a member of the then newly founded Christian Democratic Union after the Second World War. As state secretary, he became one of the initiators of the early European integration project, and in 1958 the first president of the European Economic Community. Hallstein was a pragmatist whose career hadn’t suffered during the Nazi period (he had not been a member of the NSDAP, but of several other national socialist organisations).

In The Capital, Menasse depicts Hallstein as a reformed visionary who, after two world wars, had understood that the root cause of all of Europe’s evils was the nation state. To underline the message, he invented quotes and attributed them to Hallstein, such as: ‘The abolition of the nation state is the European idea.’ He didn’t just use them in his fiction, either. That quote also appeared in Manifesto for a European Republic, which Menasse wrote with the political scientist and pro-EU activist Ulrike Guérot in 2013.

Menasse also falsely claimed in an interview in 2017 that Hallstein gave his inaugural speech as president of the EEC in Auschwitz: ‘Auschwitz is the place where the criminal energy of nationalism and racism became most radically apparent… and this is precisely why the first president of the European Commission, Walter Hallstein, gave his inaugural speech in Auschwitz.’

Menasse’s supporters, who are also strongly pro-EU, argue that while he might have been wrong to misrepresent history, his intentions were good. ‘Menasse is not guilty!’, said a headline in the left-leaning weekly Der Freitag. ‘These philological questions threaten to make us forget what Robert Menasse is all about: the fundamental question of whether Europe has a future only with or only without the nation state’, writes political scientist Winfried Böttcher.

A press release from the state government of Rhineland-Palatinate, which awarded him the prize despite increasing criticism, says: ‘Robert Menasse has rendered great services to the German language. He has created an impressive literary oeuvre in recent years, for which he rightly receives great recognition. His committed fight for the European idea resonates throughout Europe and has greatly enriched the political debate on the future of the European Union.’

Menasse is an entertaining and witty writer. But what really marks him out – what has made many of his defenders look past his distortions – is that he is the literary face of the EU ideology, and the EU’s founding myth. He propagates the idea that the EU is a peace project, and his singling out of Hallstein as a peace-loving visionary is also straight out of the EU’s preferred version of history. A pro-EU website notes Hallstein as one of its founding fathers, without whose ‘energy and will, we would not be living in the space of peace and stability that we take for granted today’.

Menasse has embellished and added to these myths, albeit in an elegant way. And the relative strength of the pro-EU lobby among the cultural elites has allowed him to get away with this, despite the obvious falsity of his claims. The idea that a career politician like Hallstein would have used Auschwitz to legitimise European unification in the 1950s is odd. His contemporary, Kurt Schumacher, the first leader of the SDP, who spent the Nazi era in a concentration camp, called Hallstein a careerist who had no interest in normal people’s lives.

Indeed, as the journalist Ingo Way writes in the Jewish weekly Jüdische Allgemeine, Auschwitz never played a particularly important role for the founding fathers of the EEC. ‘It is perfidious’, he writes, ‘to intrumentalise Auschwitz in order to lend moral weight to one’s own political position in today’s debate… It is a slap in the face of those who drew quite different conclusions from Auschwitz, who did not think the nation state should be overcome: the Israeli nation state was founded three years after these crimes against humanity, so that the likes of them would not happen again.’

Equally unbelievable is the idea that the postwar generation, whose aim it was to re-establish West Germany (the new Federal Republic), wanted to destroy the nation state. In 2017, when Menasse received the German Literature Prize, the historian Heinrich August Winkler published an article in Der Spiegel titled, ‘Europe’s False Friends’. Nowhere did Hallstein say, writes Winkler, that ‘The aim is and remains the overcoming of the nation and the organisation of a post-national Europe’ (another one of Menasse’s fake quotes). In fact, Winkler notes, Hallstein himself was opposed to a supranational European state.

Menasse’s distortions of history aside, the nonchalance with which many have greeted his anti-democratic rhetoric over the years is striking. In one of his essays, Menasse says it would be liberating if politics were no longer conducted through popular elections. This prompted Hans Magnus Enzensberger – one of the few cultural figures to criticise Menasse’s backwardness long before the current scandal – to reflect that the EU’s euphemistically termed ‘democratic deficit’ was in fact entirely intentional.

In another of his essays, Menasse said: ‘We have to push what will fall anyway if the European project succeeds. We must break this last taboo of enlightened societies: that our democracy is a sacred good.’ It would be easy to imagine the response, notes Jacques Schuster from Die Welt, if it was a politician from the AfD, Germany’s right-wing populist party, who had written such sentences.

In a confusing and incoherent defence of himself, also published in Die Welt, Menasse presents himself as a victim: ‘Why is the criticism against a writer so harsh, why accuse him of fraud?’ When referring to his own distortions of history, he prefers the Orwellian term ‘elongation of the conceivable’. Every political point of view, he says, has had political opponents, and ‘with regard to European politics, the opponents are: nationalists’.

If nothing else, the Menasse scandal has reminded us that the elite’s loathing of the nation state goes hand in hand with its loathing of democracy, and of truth.