This is a new low for the Twittermob

The media’s attacks on the Covington schoolboys have been alarmingly nasty. 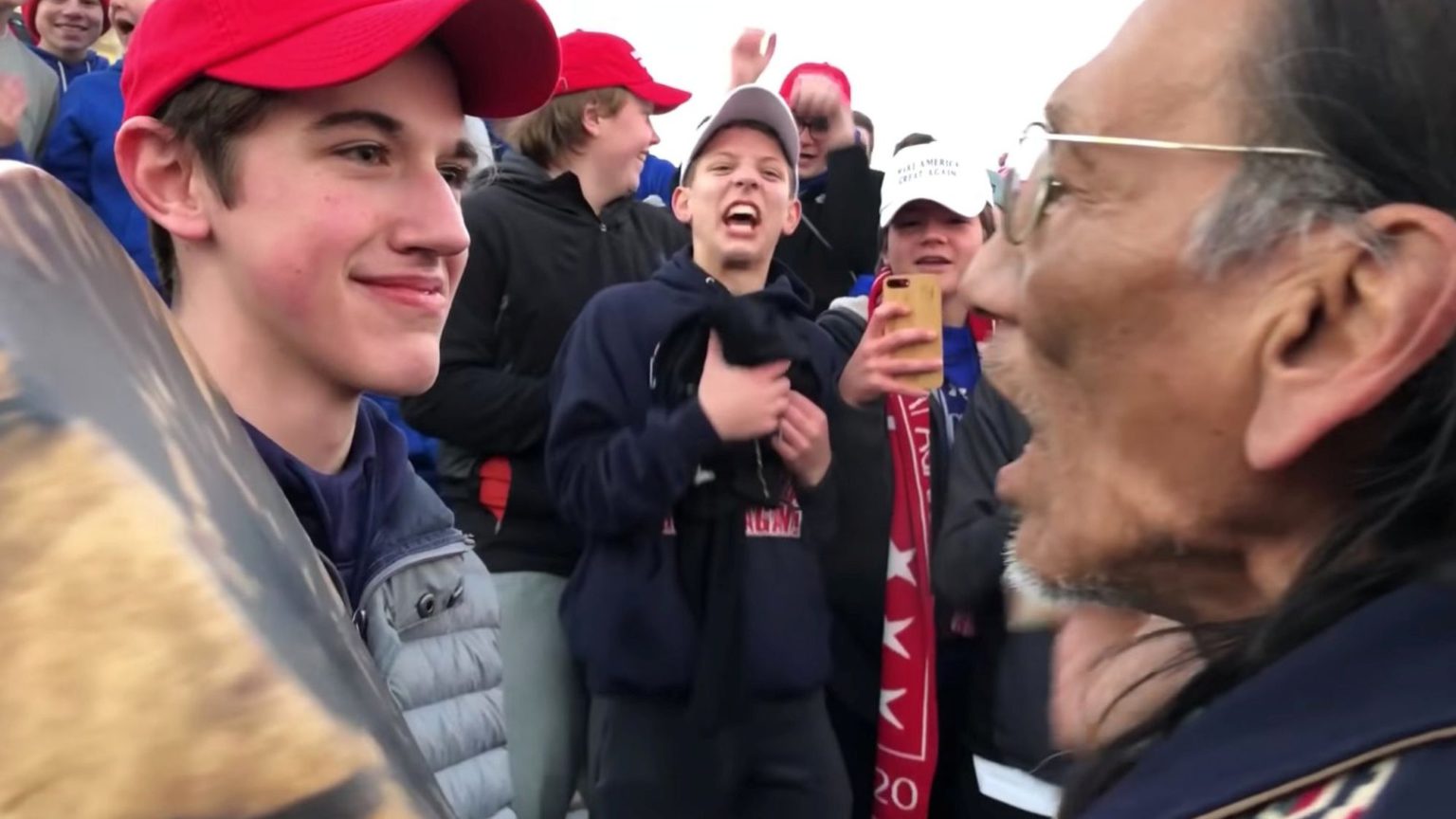 This is a new low for the Twittermob. Not content with hounding celebs who hold views they disapprove of, or extracting apologies from politicians for saying something un-PC, or shaming comedians who crack offensive gags, now they’re going after children. The public shaming of the Covington Catholic schoolboys by the media, by political representatives and by an army of tweeters who love the cheap thrill of hunting down demons, confirms that the 21st-century culture of ritual humiliation has spun out of control. When even teenagers can become the target of the online mob’s insatiable thirst for ‘devils’ to rage against, you know there’s a sickness at the heart of contemporary society.

The hunt started almost as soon as a video was posted online seeming to show the schoolboys taunting a Native American man called Nathan Phillips at the Lincoln Memorial in Washington, DC on Friday. Phillips is banging a drum and chanting while the boys, from Covington Catholic High School in Kentucky, seem to laugh and chant back at Phillips, possibly in a mocking manner. One of the boys, Nick Sandmann, stands in front of Phillips and stares at him and seems to smirk. Sandmann’s face has appeared everywhere, on the front pages of newspapers, accompanying angry newspaper columns, in countless irate tweets, all of it denouncing him and his friends as scum, essentially. The boys’ most unforgivable crime: they like Trump. Some of them were wearing MAGA caps.

The relish with which the virtue-signalling mob seized upon this footage – and in particular the image of Sandmann’s staring down of a Native American – was astonishing, even by the standards of today’s virtual churn. It isn’t hard to see why it was seized upon. The footage was a dream come true for the anti-Trump and identitarian set. It confirmed their every prejudice – that Trump supporters are bad people, that white boys are gross and over-privileged, that ‘white supremacy’ still stalks the US. The boys were said to be the products of a ‘hate factory’. They were denounced as racists and even compared to school shooters. They embody the rotten ‘spirit of Trumpism’, said conservative commentator Bill Kristol. Then the political world weighed in. The secretary of state of Kentucky and the Catholic diocese of Covington issued statements denouncing the boys. Democratic congresswoman Deb Haaland said the boys symbolised ‘blatant hate, disrespect and intolerance’ and were living proof of how ‘common decency has decayed under this administration’.

This affair does indeed suggest common decency is decaying, but not in the way the haters of these boys would have us believe. The true lack of common decency was among those who turned this group of young boys into the epitome of wickedness, into symbolic devils, into public enemies against whom all virtuous people were expected to rage and splutter.

We now know that what was said about the boys wasn’t even true. A longer video has emerged showing what really happened at the Lincoln Memorial. It was the boys who were subjected to bigoted abuse, not Nathan Phillips. One of the Native American activists says to the boys: ‘White people, go back to Europe.’ They hurl the F-word at the boys. For more than an hour the boys, who were waiting for their school bus, were subjected to obscenities by a small group of Black Hebrew Israelites, a black nationalist religious outfit. The boys were called crackers, faggots, paedophiles, the products of incest. They are told, ‘Your president is a homosexual’. The boys do not shout any insults back. Nathan Phillips enters the picture after the boys had suffered an hour of racialised and homophobic abuse and he starts banging his drum in the boys’ faces. Here is the worst thing about the Twittermob’s globalised naming and shaming of these boys: they were humiliating the victims of the strange events at the Lincoln Memorial.

‘A lie can travel halfway around the world while the truth is still putting on its shoes’, someone once said (though probably not Mark Twain). That’s what we have here. These boys have been lied about and misrepresented and unnecessarily demonised on a global scale. Courtesy of a media that gets off on attacking Trump supporters and a virtual sphere that does with tweets what older mobs once did with rotten tomatoes, Sandmann and his friends have had their reputations trashed. ‘Name these kids. I want NAMES. Shame them… these fuckers’, said comedian Kathy Griffin, not stopping to think how hysterical it is for adult society to want to crush children, harass children, punish children in public. No one stopped to think. That is the problem in the Twittermob era: the supposedly virtuous get carried along on a wave of collective fury in which the thrill of slaying demons comes to override reason and judgement and, yes, common decency.

The irony would be funny if this situation were not so serious: these boys were accused of being bigots, but it is their unhinged media harassers and Twittermobbers who are the true bigots. They pre-judged these boys on the basis of their skin colour and their background, they made things up about them, and there was more than a whiff of anti-Catholicism in the hatred they heaped on these kids. Surely this will give the public-shaming lobby pause for thought. Surely they will realise, now that they have conspired in the global humiliation of teenagers who hadn’t even done anything wrong, that this new bloodsport, this virtual witch-hunting, is immoral and dangerous.