Hungary: the bad boy of the EU

Brussels fears Hungary because it refuses to bow to imperial technocracy. 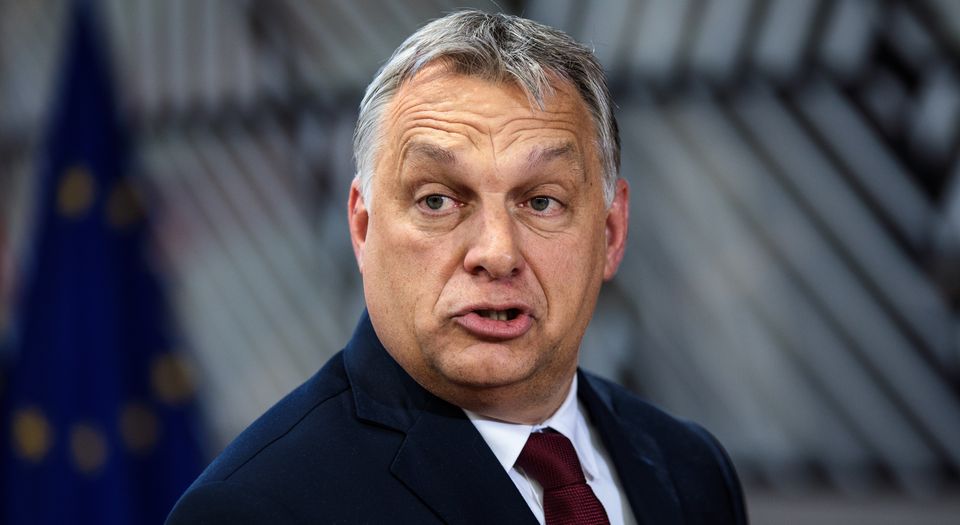 According to the political establishment that runs the EU, Hungary has become a xenophobic, authoritarian society. The Hungarian government and in particular the prime minister, Viktor Orban, are continually denounced for their alleged violations of EU values. The mainstream Western media have picked up the message that it is okay to hate Hungary. They give the impression that Hungary is a totalitarian and viciously anti-Semitic society in which critics of the regime are silenced and the government dominates the media.

Calls to expel Hungary from the EU by pro-EU voices in the Guardian and elsewhere echo an intolerant outlook that is growing within the Brussels oligarchy. Recently, members of the European Parliament’s Civil Liberties, Justice and Home Affairs Committee voted for a resolution that says the situation in Hungary constitutes ‘a clear risk of a serious breach’ of the EU’s values.

Denunciations of the Hungarian government are often justified on the basis that this is a nation that refuses to go along with the migration policies that German chancellor Angela Merkel effectively imposed on the continent. Other Hungarian sins cited by the ‘Kick Hungary out of the EU’ lobby include a new law that makes life difficult for NGOs funded by George Soros.

However, the campaign against Hungary actually has little to do with recent policies adopted by the Orban government. For almost a decade now, Western European critics of Hungary have been calling for its expulsion from the EU. This anti-Hungarian animosity was vividly demonstrated in a debate in the European Parliament in January 2012. The debate, titled ‘Recent Political Developments in Hungary’, was organised in response to concerns expressed by the European Commission (EC) about various recent Hungarian laws. The commission followed up its concerns by launching infringement proceedings against Hungary on three issues: the independence of the national central bank; the retirement age of judges; and the independence of the data-protection authority. Outwardly, at least, this controversy seemed to be a dispute over relatively routine technical matters; but as the debate unfolded, it became clear that the main protagonists were in fact divided by, and motivated by, very different visions of what the best values are.

Before the debate, Europhile commentators in the media had singled out the Hungarian government and its recently enacted constitution – known as the Fundamental Law – as serious challenges to the secular, democratic, liberal values of the EU. That the constitution references Hungary’s national and Christian traditions was seen as bad, and even dangerous. Such sentiments could unleash the xenophobic nationalism of the 1940s that the EU believed had been left behind, we were told.

José Manuel Barroso, then president of the EC, set the tone when he introduced the debate. He characterised his differences with the Hungarian government as an ‘extremely sensitive matter, where I believe we have to be clear on values’. He did not clarify what values were at stake; however, the implication was clear that Hungarian laws and its new constitution violated European values.

During the debate, speaker after speaker condemned the Hungarian government. The Flemish Belgian politician, Guy Verhofstadt, leader of the Group of the Alliance of Liberals and Democrats for Europe, took to the floor to denounce Hungary’s affronts to European values. He warned that there was more at stake here than technical issues – the fundamental principles on which the EU is constructed were being threatened, he said. He declared:

’What is necessary here is not a debate on technical issues, as we had at the beginning of the year. This is about checking the conformity of the [Hungarian] constitution and cardinal laws with the European values that are enshrined in Article 2 of the treaty: democracy, the rule of law, freedom of religion, freedom of expression and so on.’

Verhofstadt demanded that the EU’s Committee on Civil Liberties, Justice and Home Affairs draw up a report into the actions of the Hungarian government to find out whether ‘there exists a clear risk or a serious breach of our values’. His use of the term ‘our values’ conveyed the idea that our way of life is very different to ‘theirs’.

The oddity of this demand – that a member state of the EU, a sovereign nation, should have its values policed – went unnoticed, or at least unremarked upon. This demand for value-policing suggested that the EU’s highly acclaimed celebration of diversity did not apply to different approaches to values across national boundaries. Tolerance for the diversity of values, which has historically been a central feature of liberal thought, was clearly not considered important by those condemning Hungary.

Some of the criticisms of Orban were couched in a more openly hostile language than the legalistic jargon used by Verhofstadt. Daniel Cohn-Bendit of the Greens-European Free Alliance condemned Hungary and lectured Orban that ‘we are here to tell you that you are going in the direction of Hugo Chavez, Fidel Castro, and all the other totalitarian authoritarian governments’.

Strip away all the heated talk, and the fundamental value at stake between the EU technocracy and Hungary is that of national sovereignty. The ideal of sovereignty directly challenges the authority of the EU technocracy. That is why those who support national independence and popular sovereignty are frequently accused of the crime of xenophobia. From the standpoint of the EU, what is truly unforgivable is the refusal of the Hungarian government to play the role of neocolonial supplicant in the EU’s imperial drama.

Back in the 1990s, during the negotiations regarding the terms of EU membership, Hungary was assigned the role of a student facing an exam on its capacity to understand and practise European values. In 1993, the European Council laid out its approval procedures, known as the ‘Copenhagen Criteria’, which candidate countries had to meet before they could become EU members. One criterion was the willingness of the candidate to accept and promote so-called European values.

The Copenhagen document stated that ‘any European country may apply for membership if it respects the democratic values of the EU and is committed to promoting them’. This reference to ‘democratic values’ lacked clarity and practical meaning. The rhetoric of democratic values is used by a wide variety of actors – from the Democratic People’s Republic of Korea to the United States – which means it is very much open to interpretation. In practice, the implication was that would-be members of the EU would have to endorse uncritically the political culture of the EU oligarchy.

The true EU value is that of unconditional acceptance of Brussels’ diktats. This means that when EC president Jean-Claude Juncker instructs an Eastern European government to ‘jump’, the only acceptable response is to ask ‘how high?’. From this perspective, the most dangerous counter-value to those of the EU is that of national independence. What the EU really fears is that Hungary’s behaviour might become infectious, and other member states might start to adopt policies that are consistent with their own national interests.

It is paradoxical that supporters of the EU’s line on Hungary believe they are upholding the values of tolerance and democracy. In truth, they cannot tolerate a nation that has democratically decided to adopt values that are different to their own. The EU is very selective in the way it interprets its own values. Rhetorically, EU ideologues celebrate diversity, yet they are bitterly hostile to those who demand that diversity should also be applied to the realm of values. This is why the campaign against Budapest unabashedly claims that it has the right to impose its values on Hungary whether that nation and its people like it or not.

Since the re-election of the Orban government in April, hostility to Hungary has morphed into a highly politicised and irrational Magyarophobia. The EU establishment regards the massive mandate endorsing Orban’s policies as a direct challenge to its way of life. Isolating Hungary and containing its influence on the political life of other European member states has become a priority for the EU leadership. Scaremongering about the return of fascism in Hungary is really a way of imposing a cordon sanitaire around that country. Thankfully, support for the ideal of sovereignty is not confined to the people of one nation. Hungary’s challenge to the EU’s imperial ambitions may well resonate throughout the continent.